A Season of Grief and Release:

5 Months of the Virus

A photographic timeline
of a historic half-year.

A Season of Grief and Release: 5 Months of the Virus in New York City

The restaurant was empty, save for two other tables. Spoons slid through our dessert, split three ways. We were anxious but determined to enjoy it, somehow. It was March 10, and the coronavirus had just hit New York City. We laughed, but with worry in our brows and the preamble of panic in our eyes.

The next day, I packed up my desk at work: the computer, the mouse, the keyboard. I left the giant monitor and two boxes of Girl Scout cookies behind. 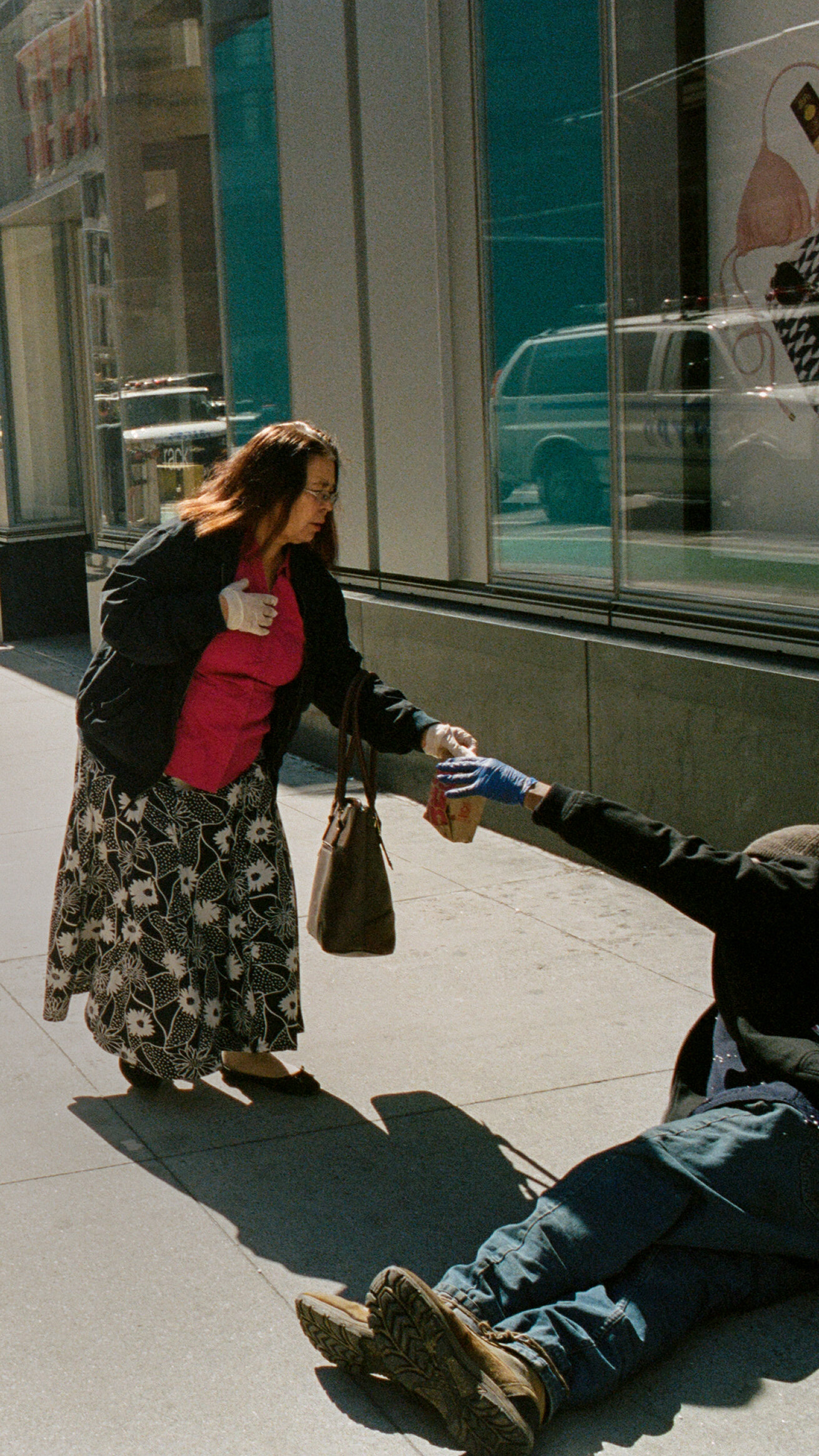 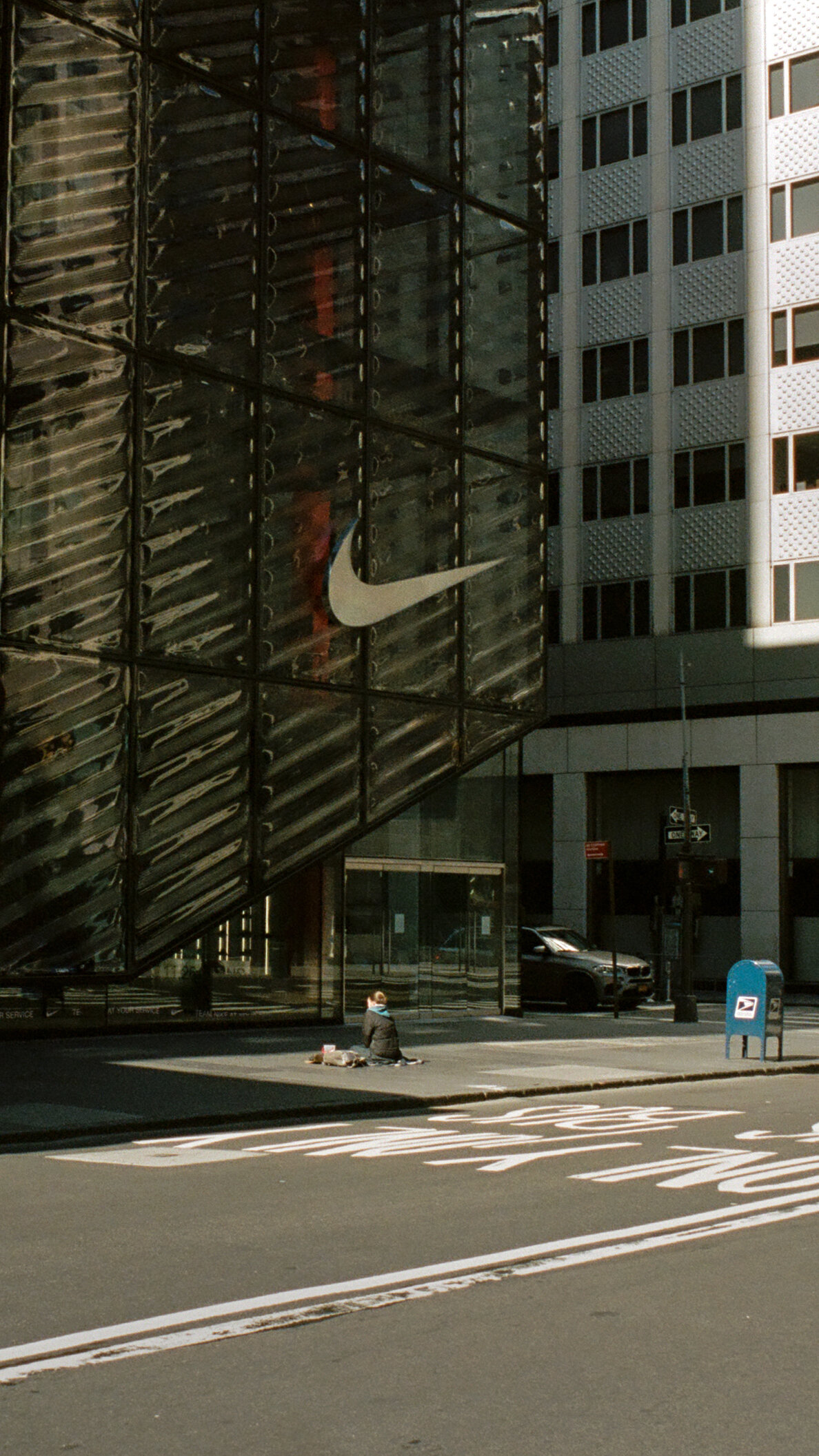 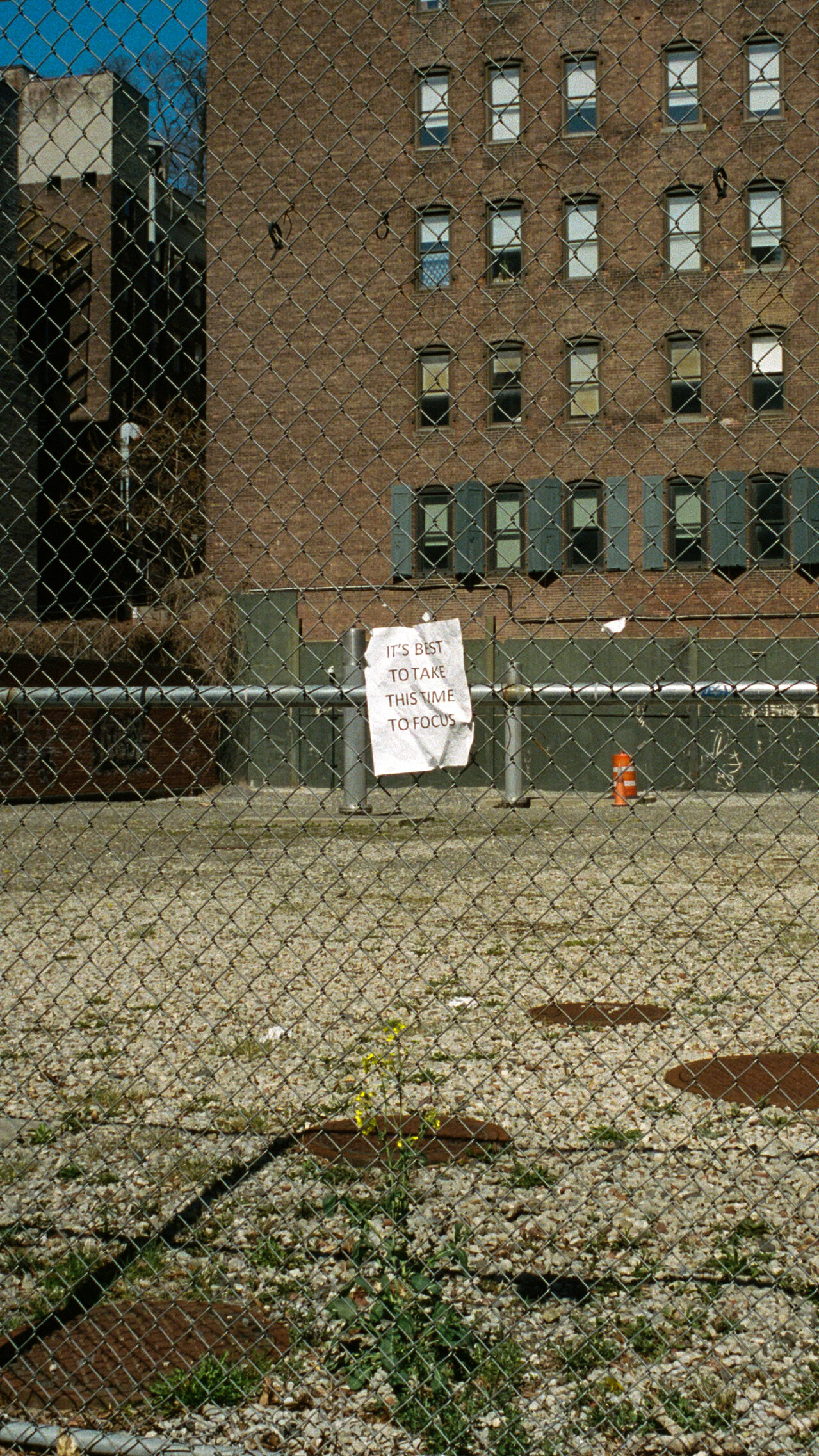 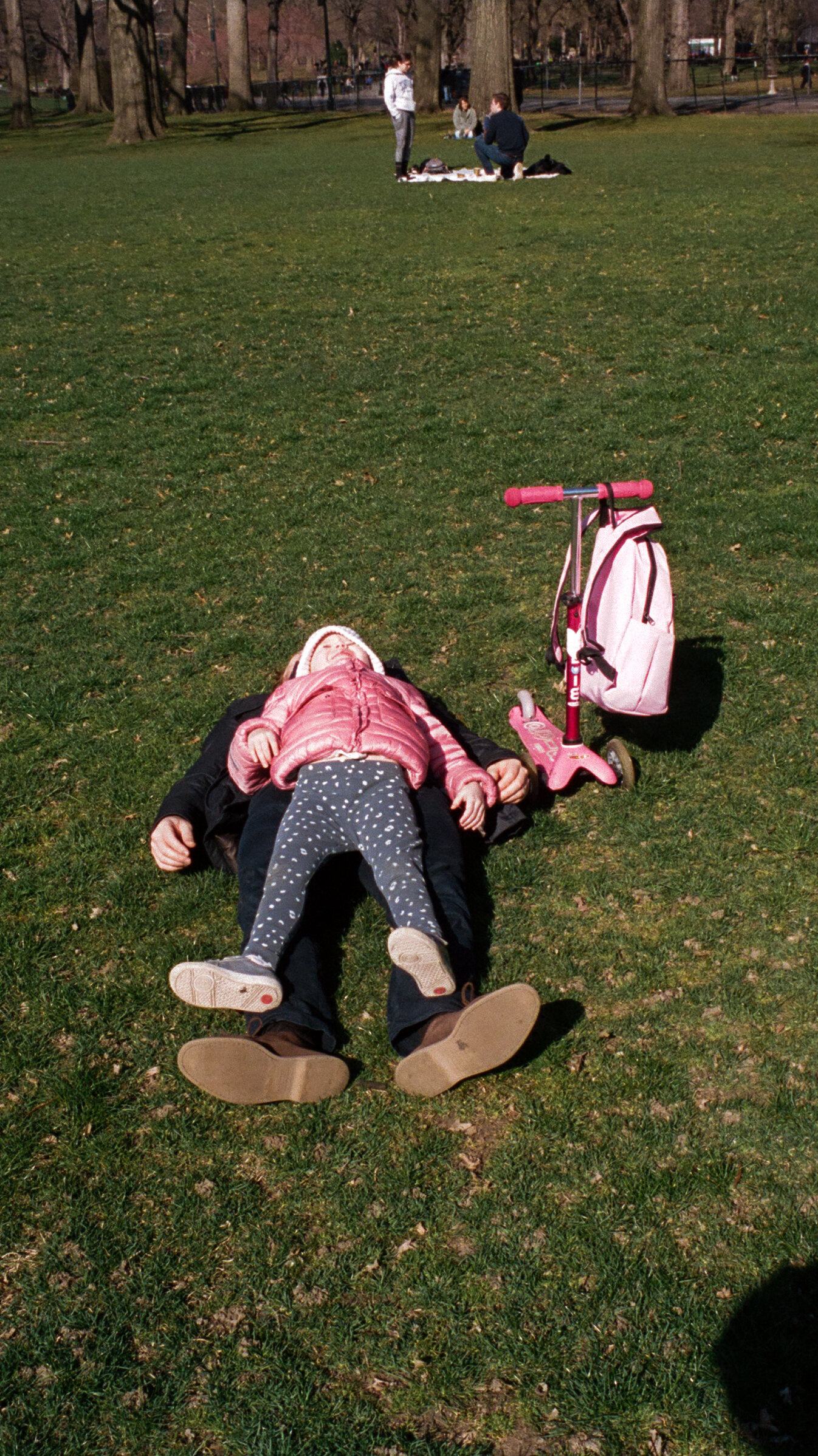 By the end of the week, schools, restaurants, bars, courthouses, night clubs, Broadway theaters, nail salons — almost everything was closed.

Toilet paper was nowhere to be found.

A rush for jobless benefits by those who became immediately unemployed crashed the New York State website.

My brother’s birthday arrived, and instead of the usual dinner and drinks, we saw each other on a FaceTime call. He was downtown and I was uptown. It felt wrong for his birthday to pass with such little fanfare, so I sent him two pints of ice cream through Postmates, as a surprise. He called to report that when the bell rang, what he saw was jarring: a man wearing a mask, gloves, goggles and white hooded disposable coveralls, handing over a brown paper bag.

In bed at night, in my Manhattan apartment where I live alone, I stared at the ceiling, unable to sleep. The silence was unnerving. Many of my neighbors, in my building and on my block, had vanished. I grew up in New York and have lived nowhere else since I was 7. Not once in that time — not during the snowstorm of 1983 nor the snowstorm of 1996, not after Sept. 11 or during the blackout of 2003, not after Hurricane Sandy in 2012 — had the streets ever been so quiet. The moan of a siren would speed by intermittently. Within days, they became more frequent, the wailing echoing off near-empty buildings. 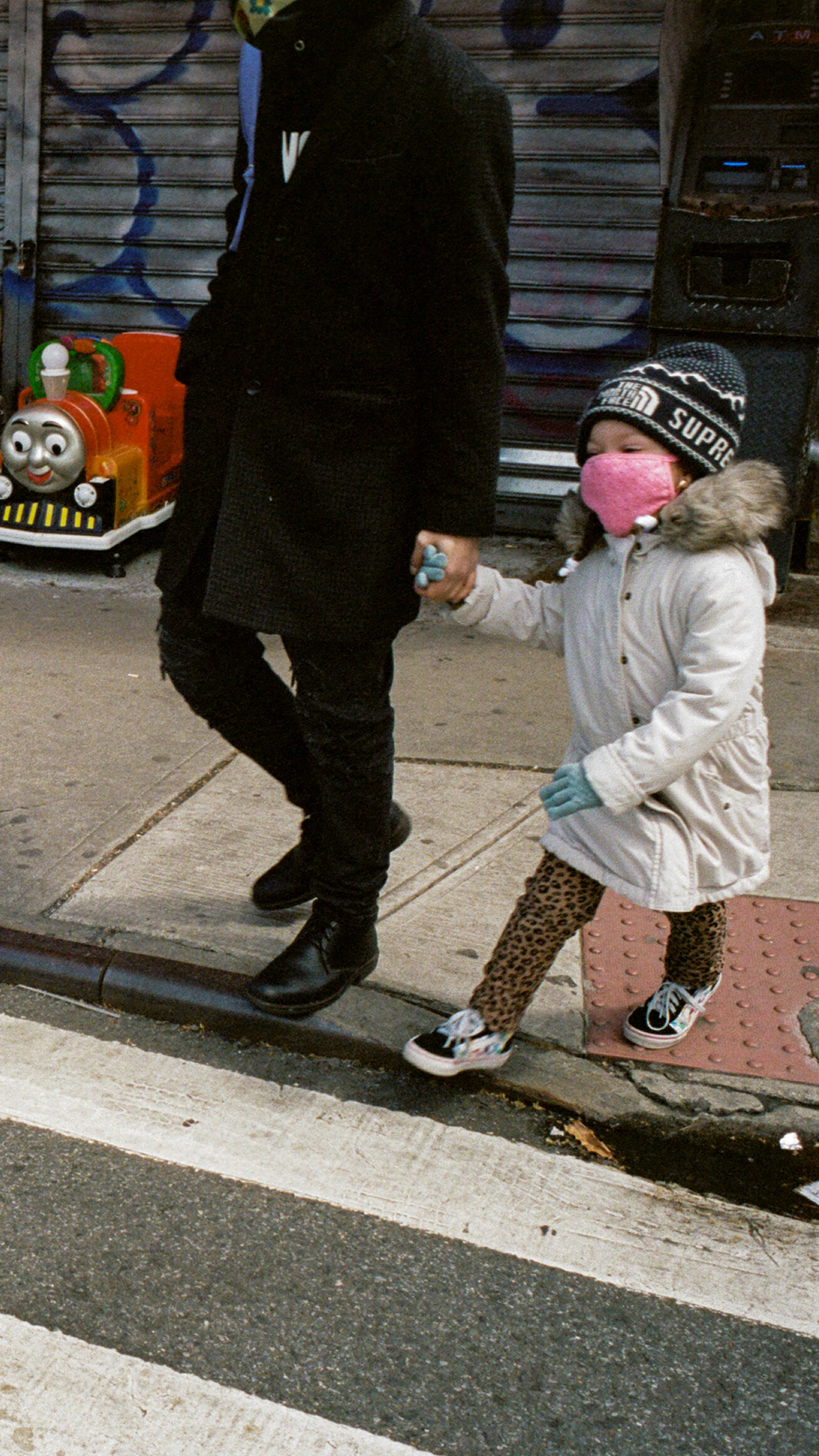 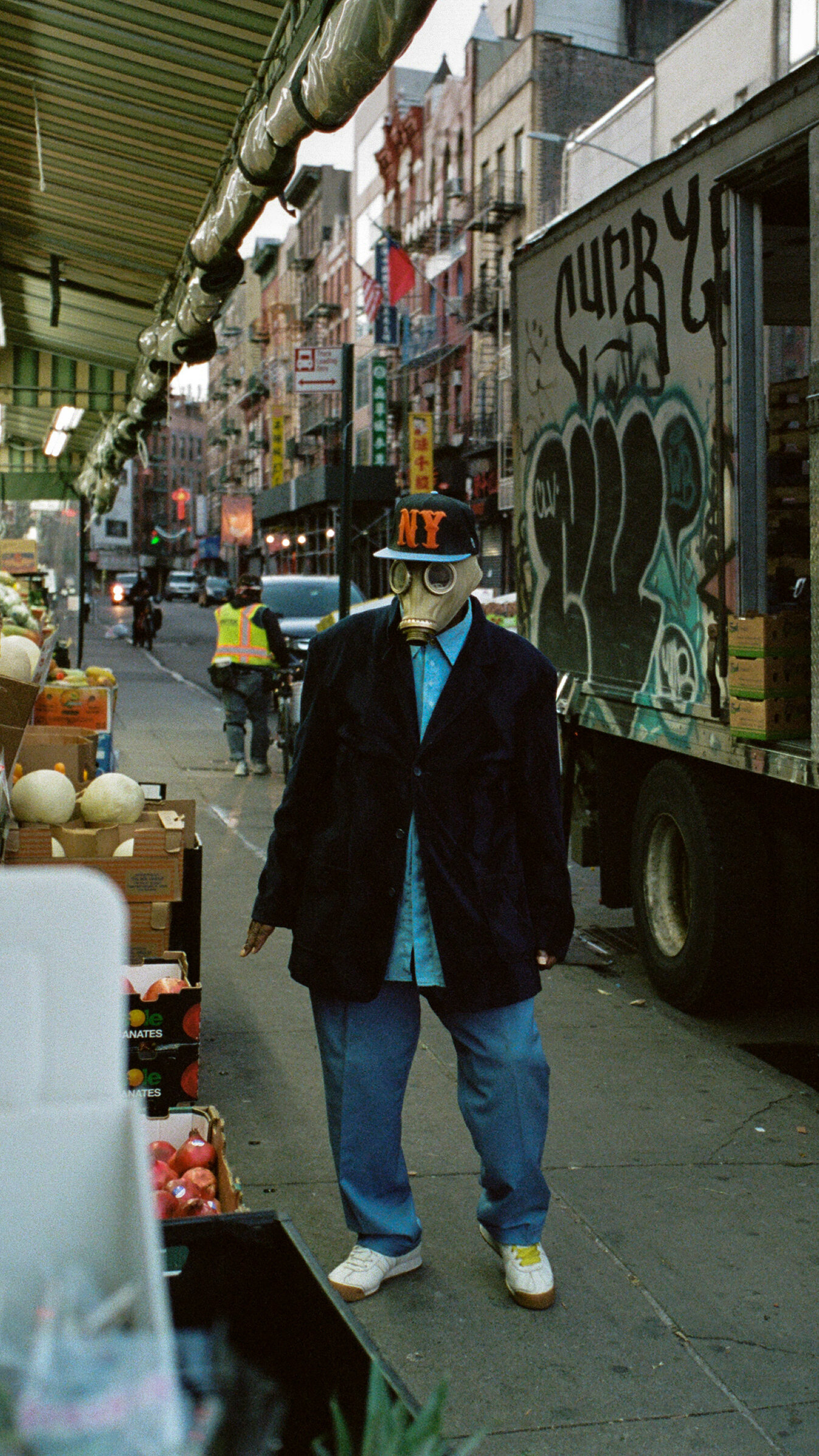 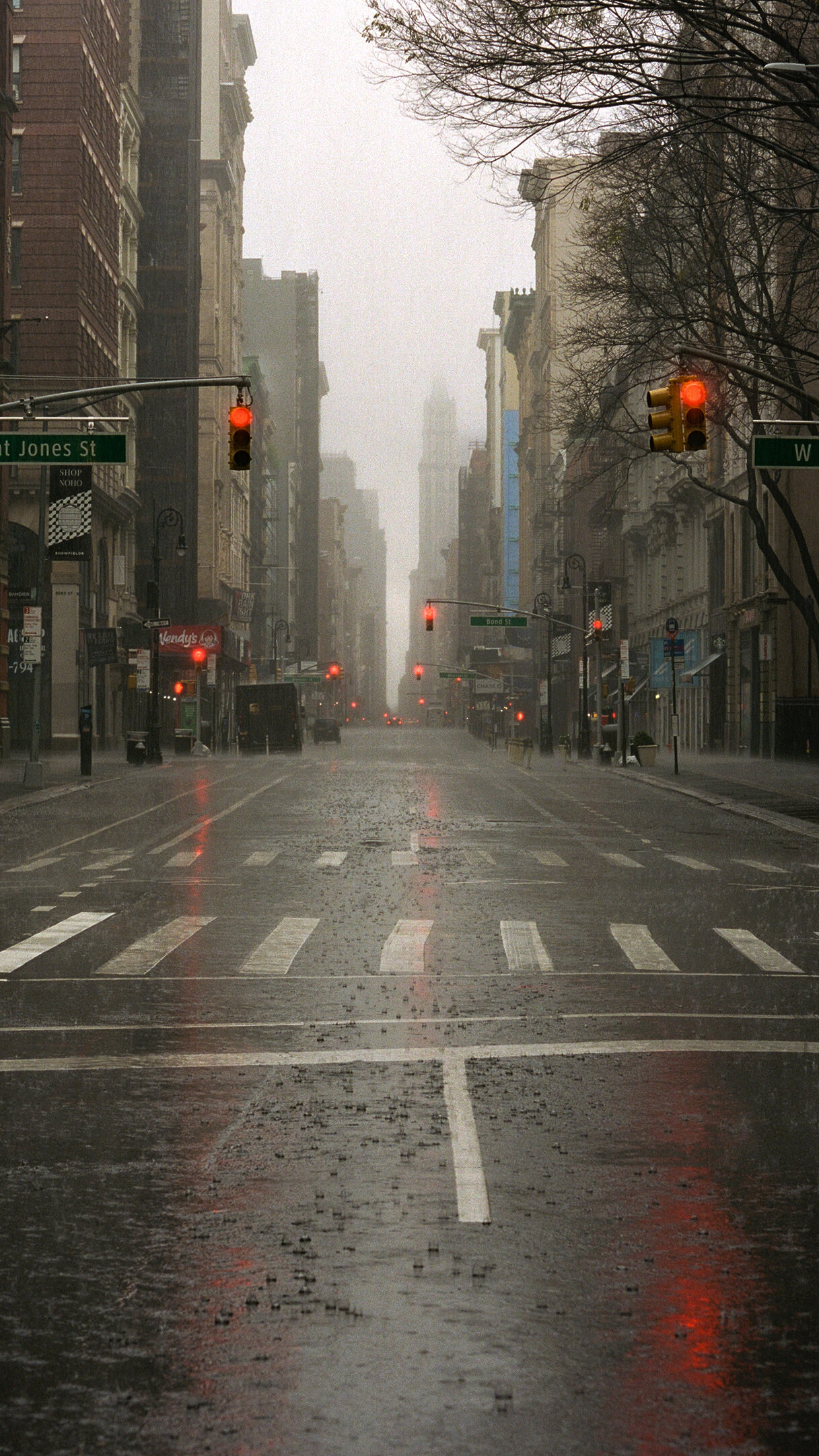 New York City had become the epicenter of the coronavirus outbreak in the United States.

My friends and co-workers and their loved ones were sick. TV screens showed ambulances, doctors, tears.

By the third week in April, there were more than 420,000 cases in New York. More than 30,000 people had died. I dug my thermometer out of the toiletries drawer and kept it on my desk as I worked, checking my temperature repeatedly, afraid the virus was somehow sneaking up on me.

Delicate pink cherry blossoms unfurled in Central Park. I walked among them, bandanna over my nose and mouth, taking pictures, hypervigilant of staying at least 12 feet away from the other folks strolling.

Attending my first Zoom birthday party involved arranging comfortable seating and flattering lighting, and smiling at the one-square-inch rectangle of laptop screen that contained a pixelated version of the birthday girl, even as the audio glitched. 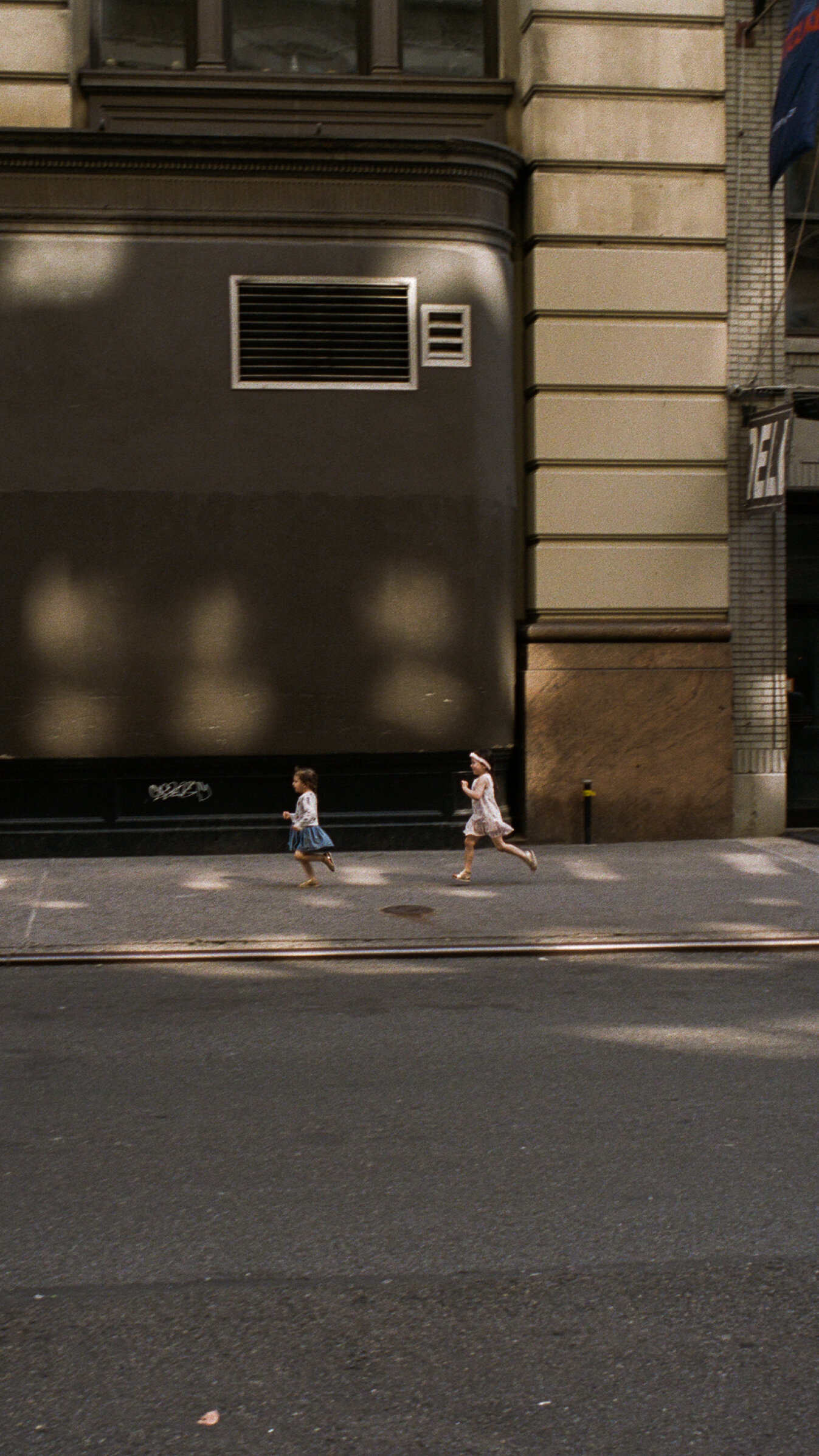 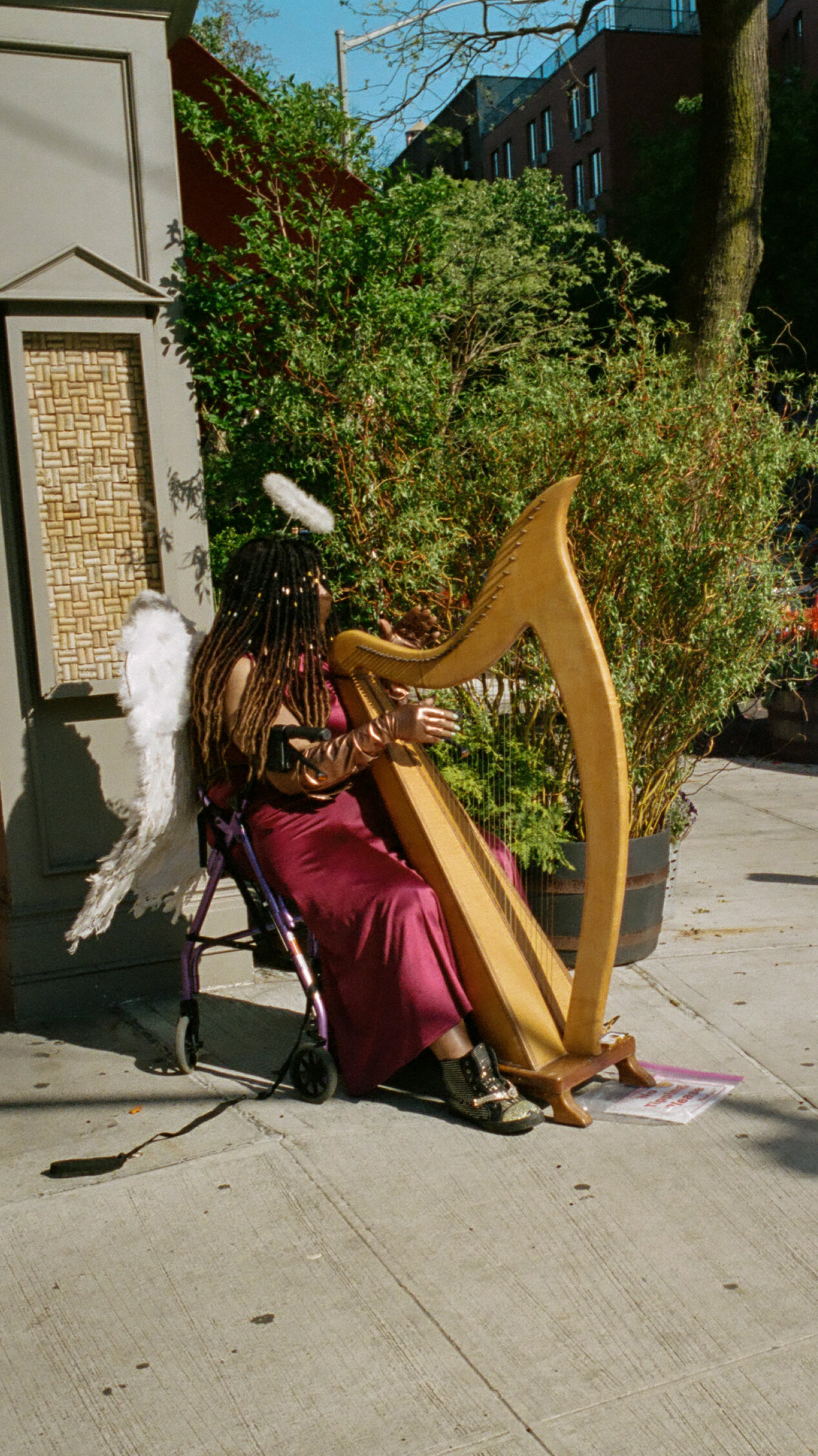 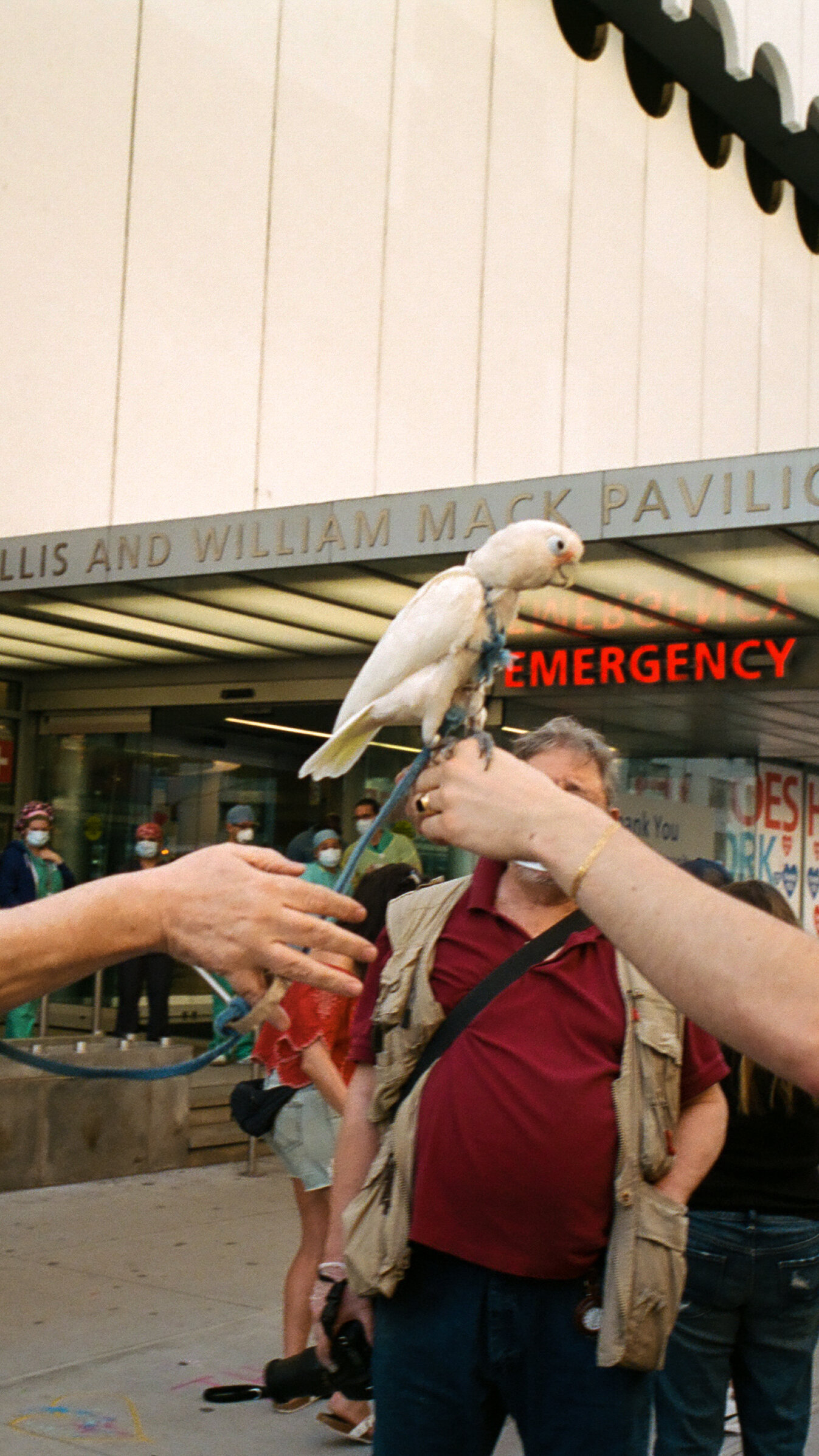 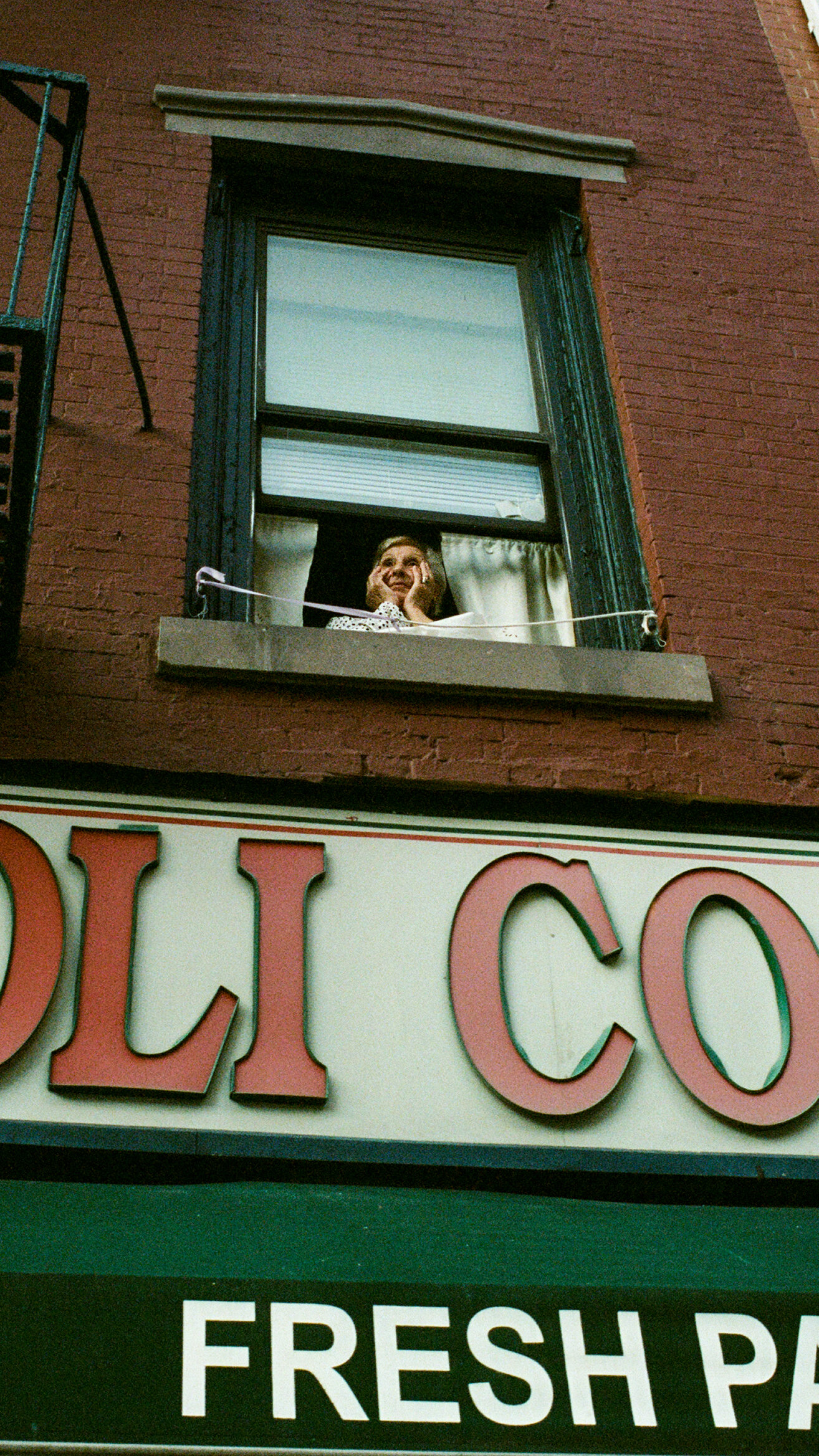 May brought warmer weather, and the cases and deaths started dropping.

But the virus was killing Black and Latino people at double the rate.

There were equipment shortages at the hospitals, infections spreading in prisons and jails.

In a livestream, the governor’s face appeared next to a slide with the words “When is it over?”

Birds chirped merrily as I edited articles about the virus’s impact in New York, facing a “Rear Window”-style view where I saw no signs of life except for the 7 p.m. clap. That’s when my friend who lives one flight up would lean out of the window as far as she could around the child safety guard, and I would do the same, until we could both see a sliver of each other’s faces. We would wave, and shout: “Hiiii!” Sometimes she looked a bit haunted — her position as a physical therapist in a hospital put her dangerously close to the I.C.U., and she would remove her clothes in the hallway before going inside her apartment to join her son and her mother. Three generations under one roof in the ghostly city.

There were bodies stacked in refrigerated trucks in Queens and food lines a mile long in New Jersey. A slew of small businesses shut down, including personal favorites: Lucky Strike, Gem Spa, Record Mart. Rent was due and jobless claims surged. 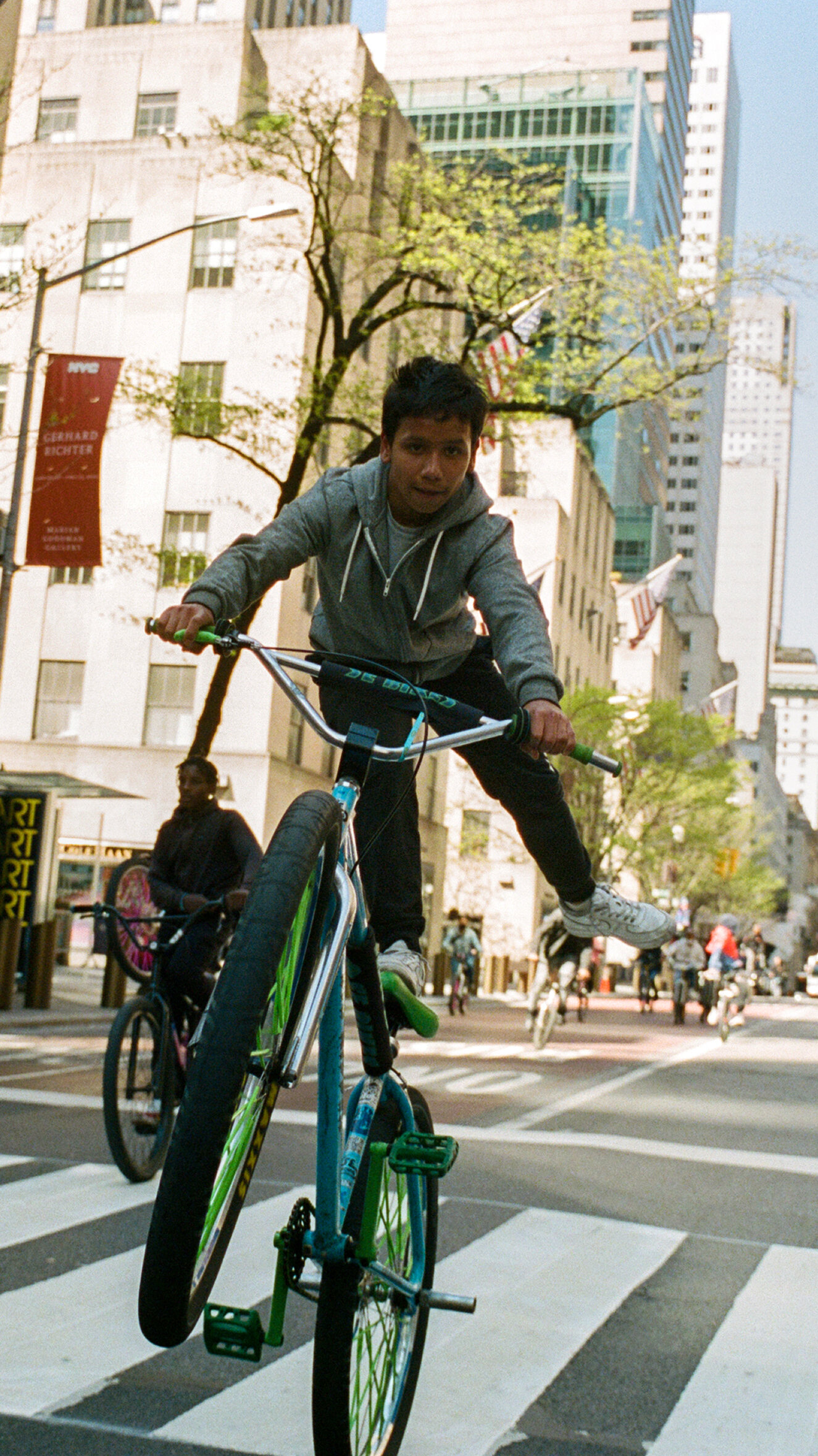 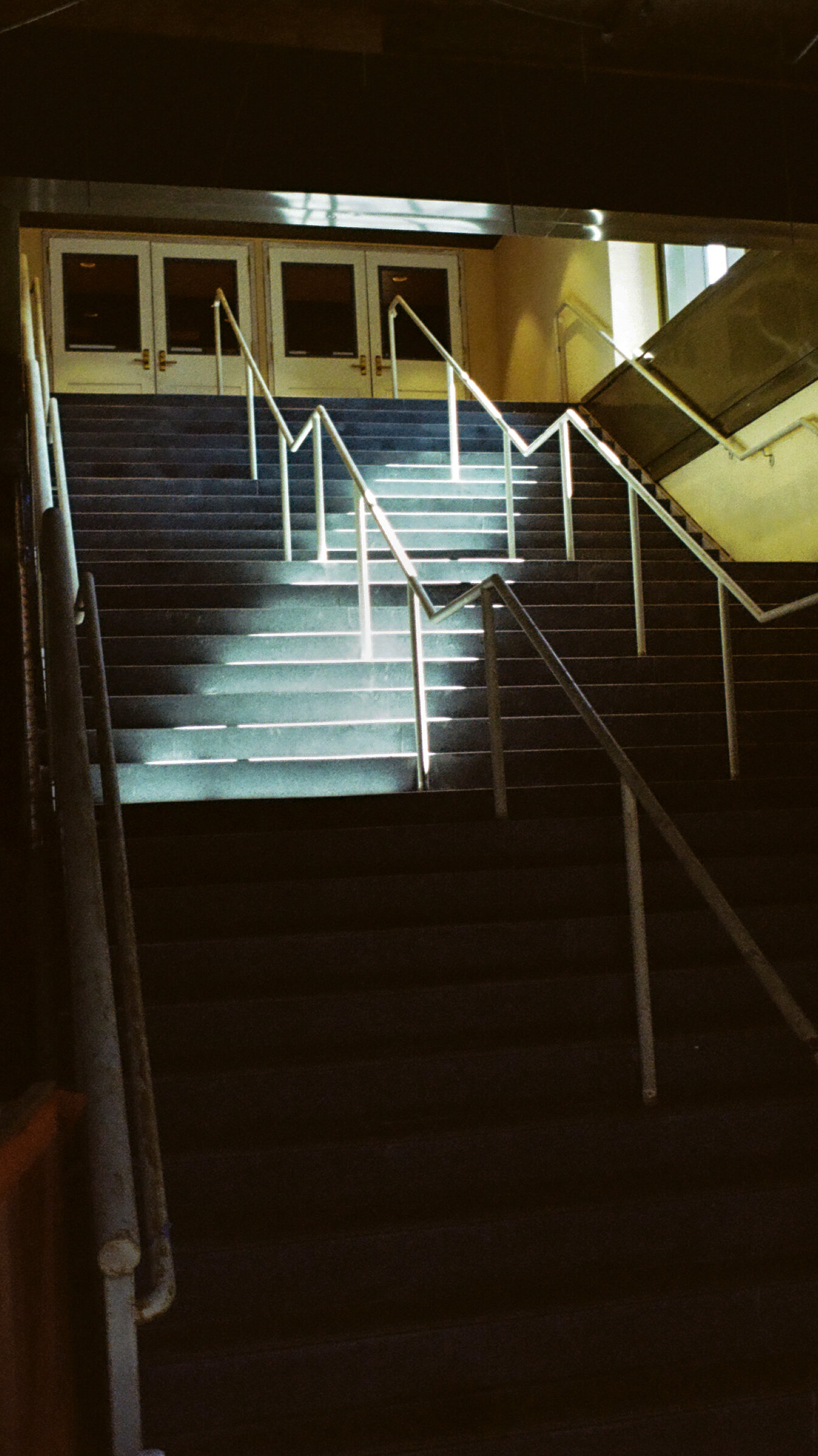 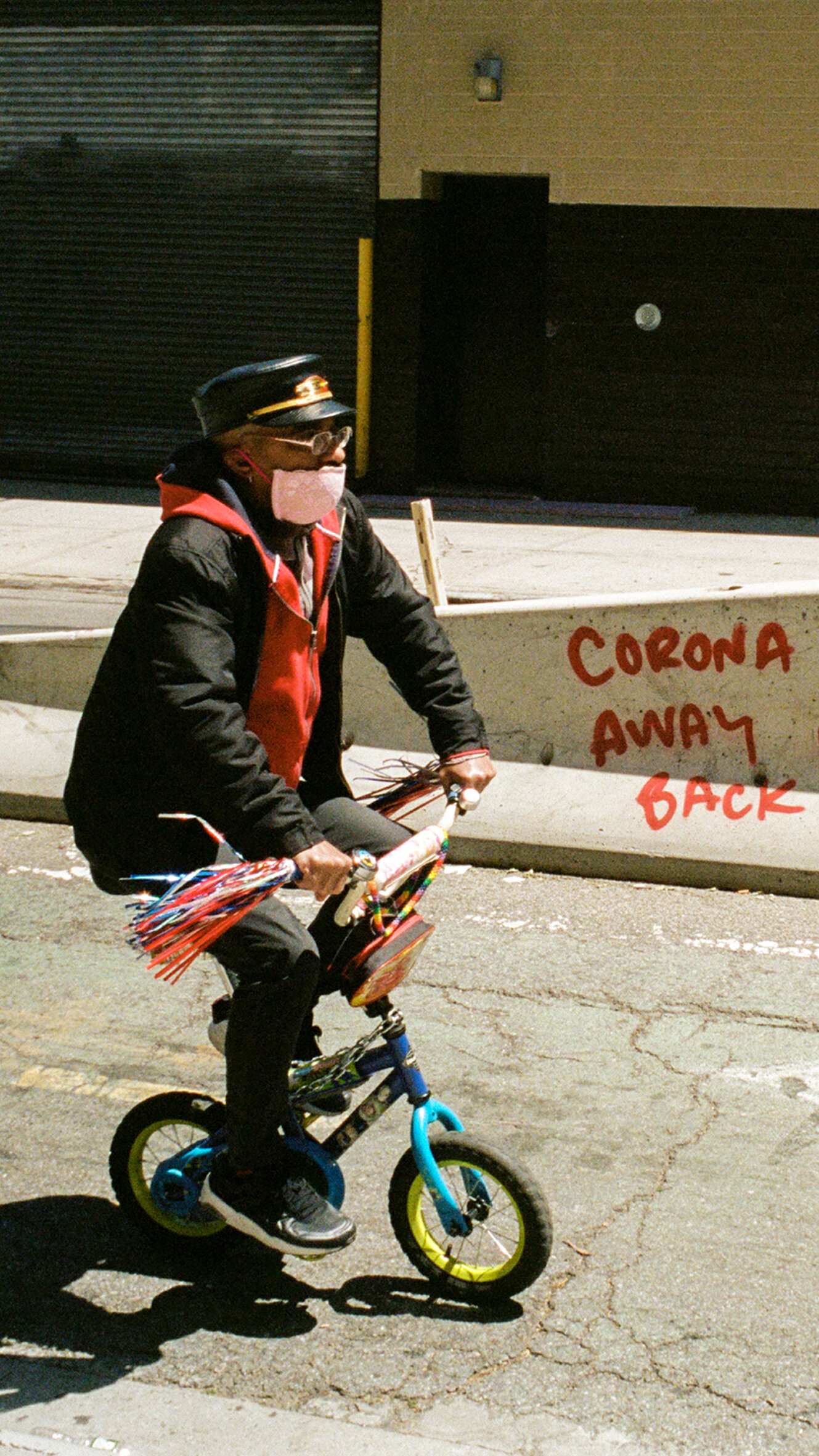 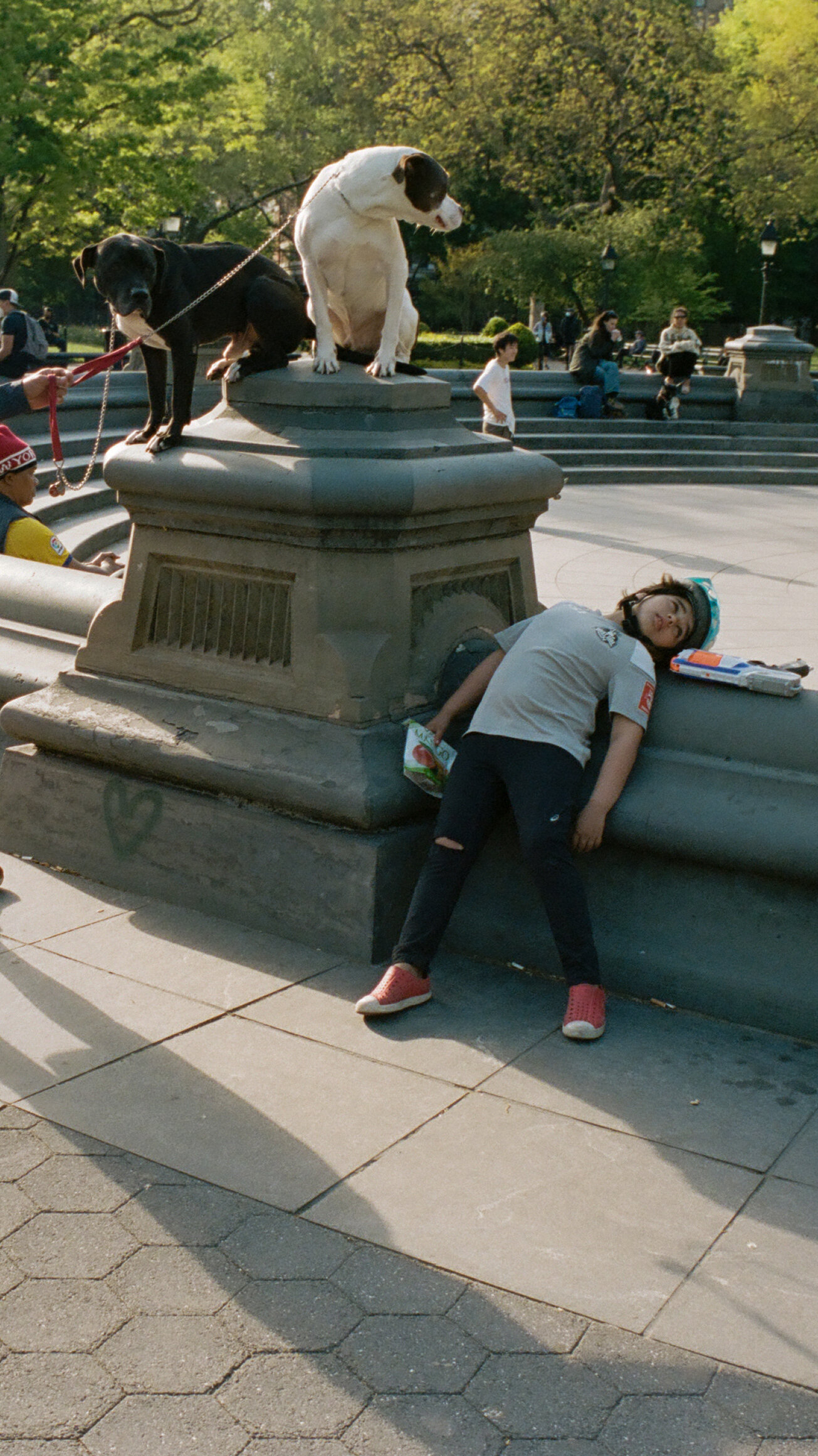 The days became blurred by uniformity.

Wake up, sit at the computer, watch news conferences, eat dinner in front of the evening news.

Weekends were for donning disposable gloves and a disposable mask (not the nice mask used for dog walking) and venturing into the perilous germ-minefields of the grocery store and the pharmacy.

I had spent decades as a die-hard New Yorker, defending my hometown against the smack-talking of malcontents and come-latelys, and my heart ached for my fellow citizens, for the transit workers and the funeral directors, the unsheltered and the first responders.

Privately, I railed against my own internal upheaval, mad at how selfish it sounded in my head: Did I still love the city if bars and museums were closed? If there were no plays, musicals or movies? No Queens Night Market, no cocktails on the roof of the Met, no tennis lessons in Central Park, no burlesque shows in Bushwick, no dim sum in Chinatown, no Donna Summer dance parties in Bed-Stuy? If the spontaneity of running into an old friend or making a brand-new one had evaporated?

In mid-May, there was talk of reopening. I hadn’t been on the subway in over 75 days, and I couldn’t remember the last time I’d worn closed-toe shoes or pants. (Caftans — day in, day out.) Seldom-seen gray hairs, usually disguised expertly in a salon, met me in the mirror each morning. Both my toenails and my dog’s were in desperate need of professional help. I wondered if for my own birthday, in June, it might be possible to do something sort of social.

Then, on Memorial Day, George Floyd died after being pinned under the knee of a Minneapolis police officer. 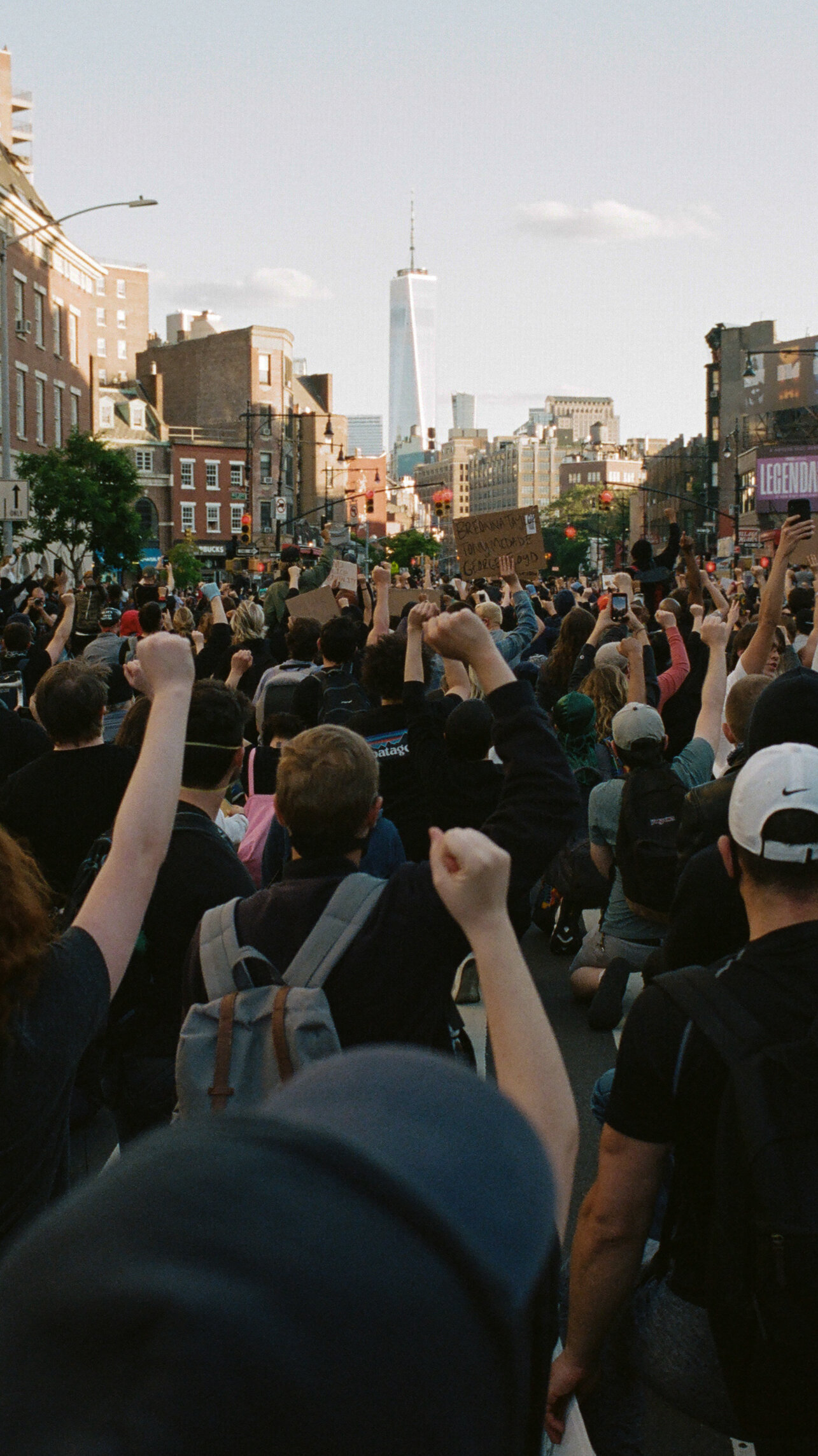 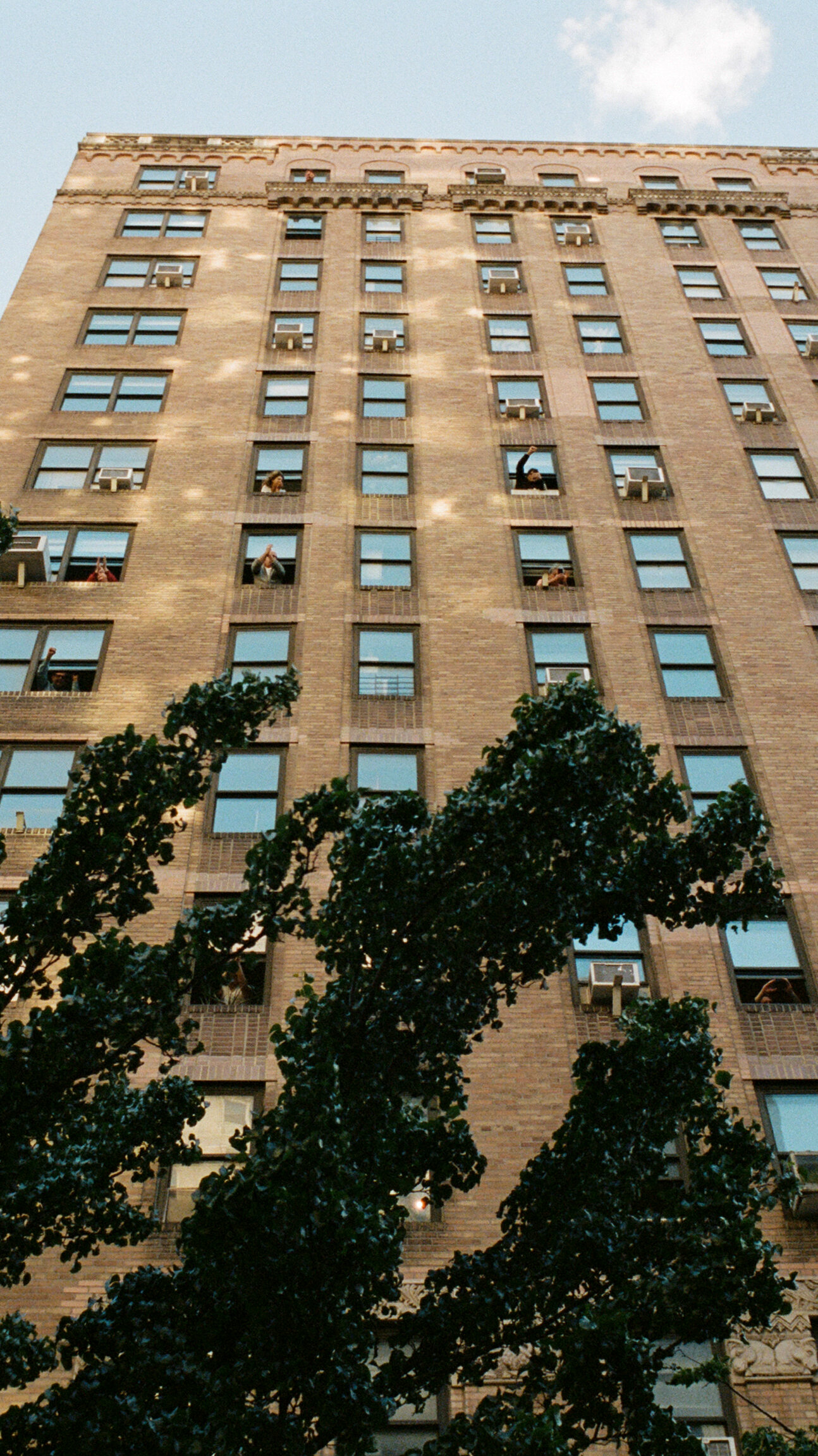 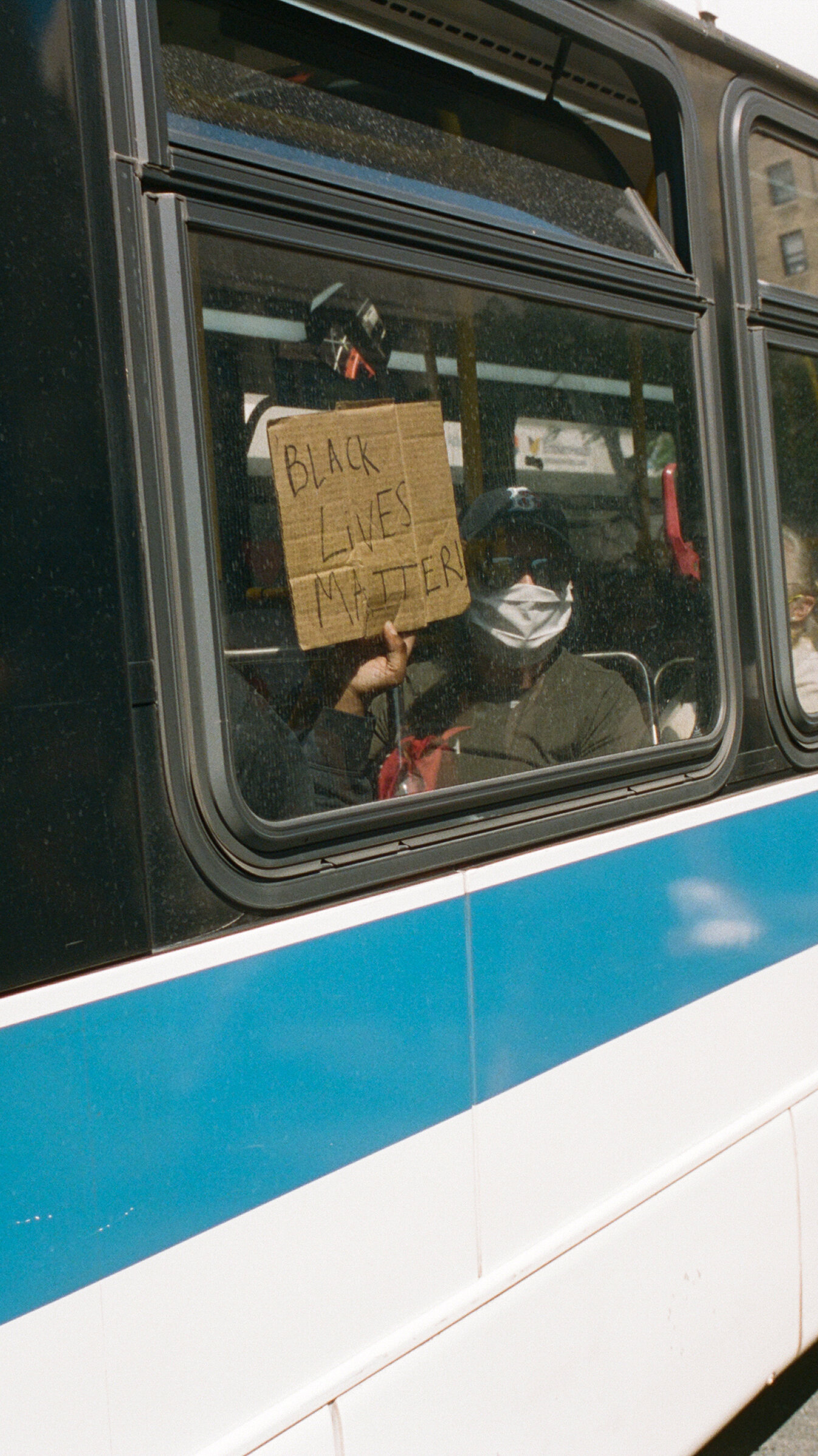 Demonstrations exploded around the country and in New York. It felt like something had been unleashed.

At first it seemed ominous.

I watched on the Citizen app as a succession of reports came in: A fire was set, then a store was broken into, one after another, in a line across NoHo and Soho.

But as the week went on, it was clear that this was an anomaly. The protests were largely peaceful, though passionate. 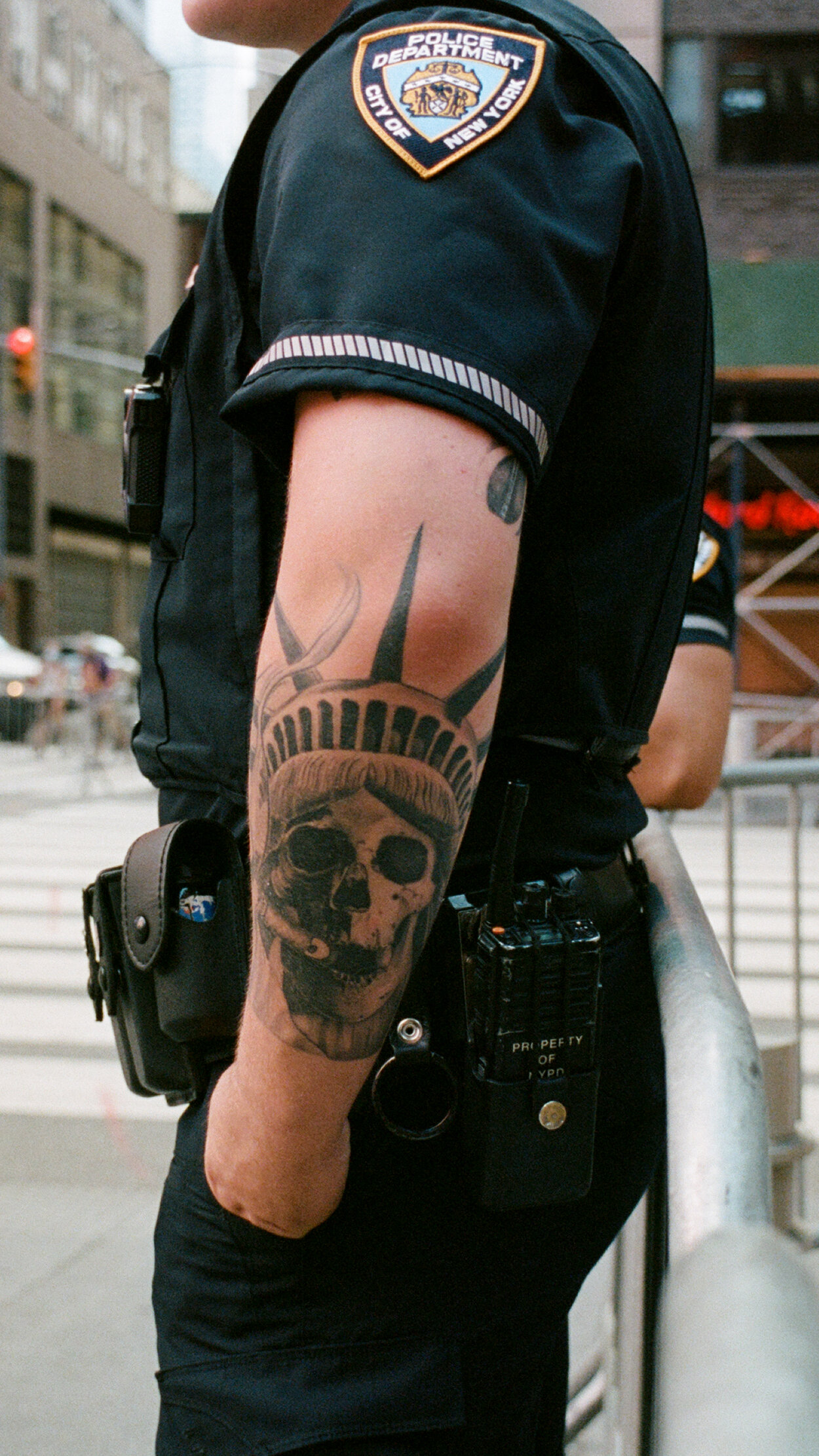 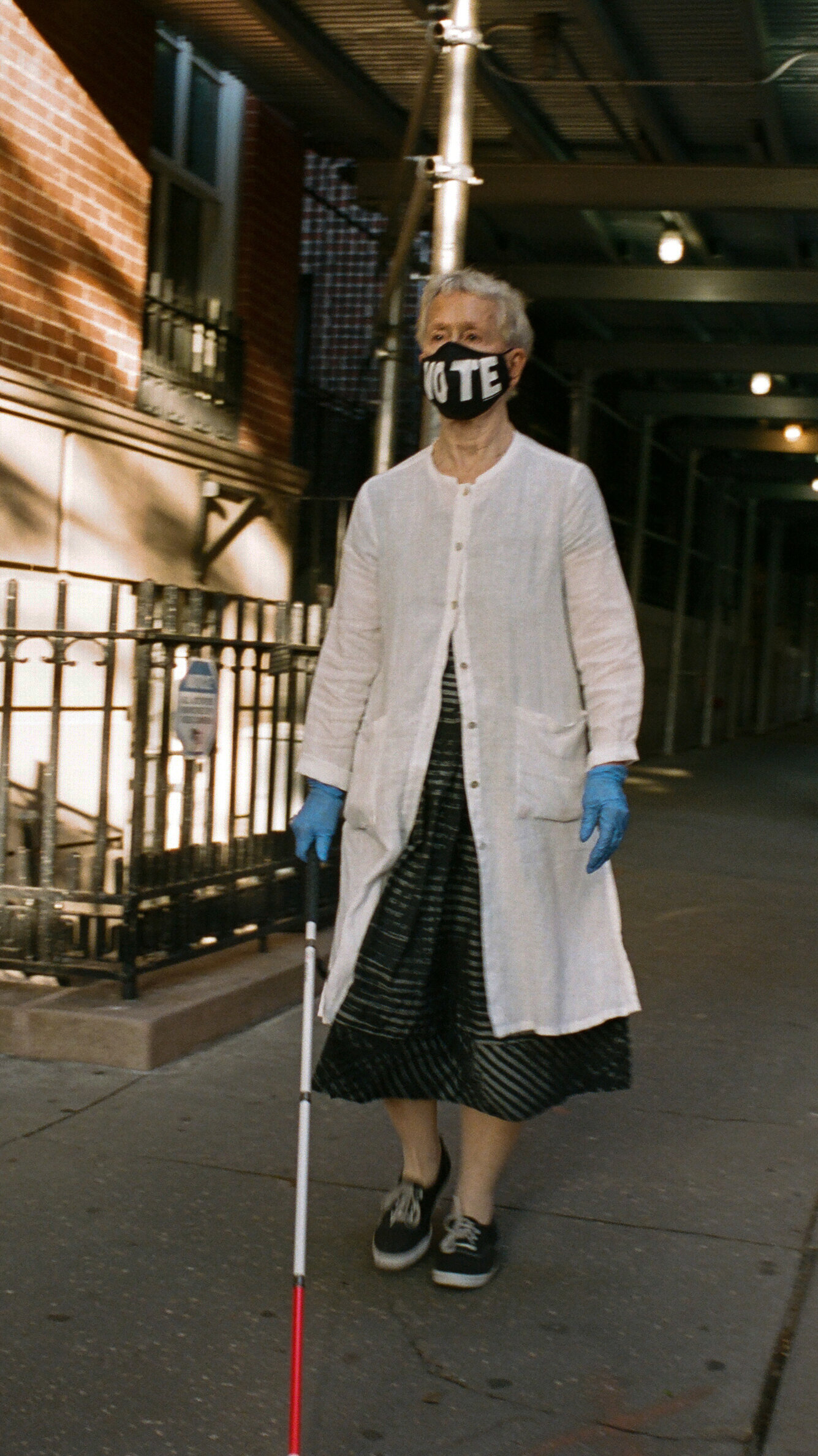 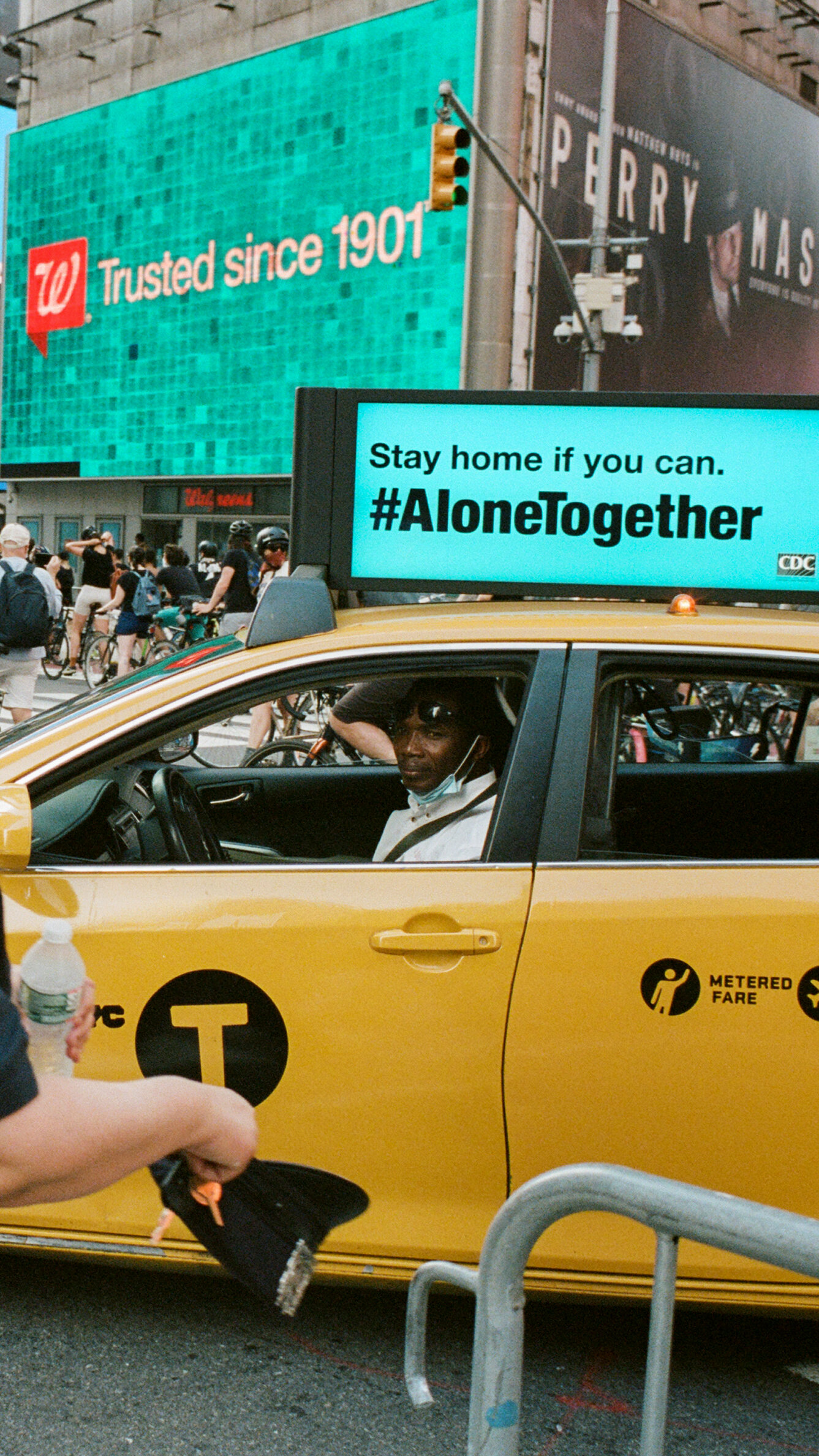 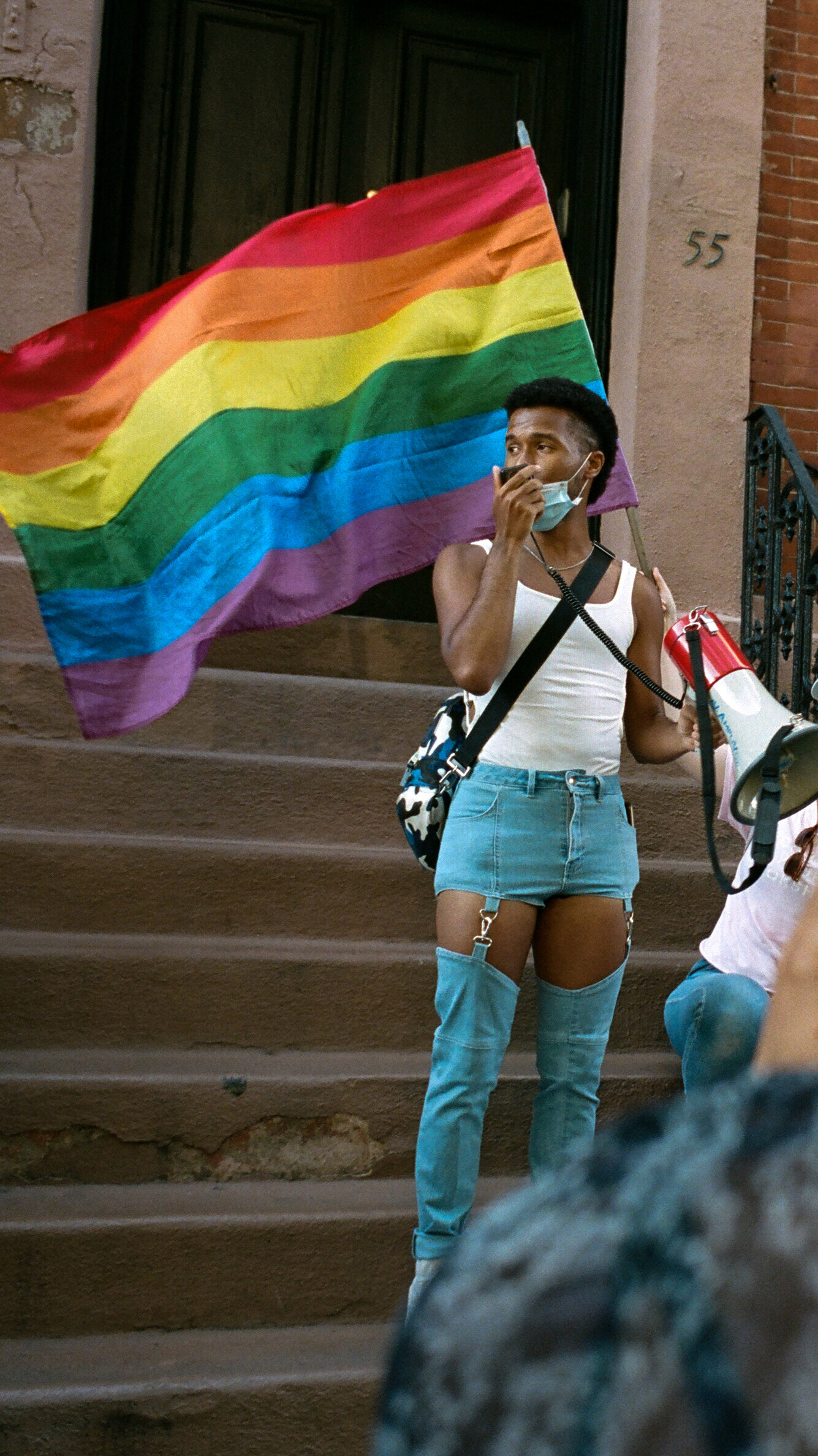 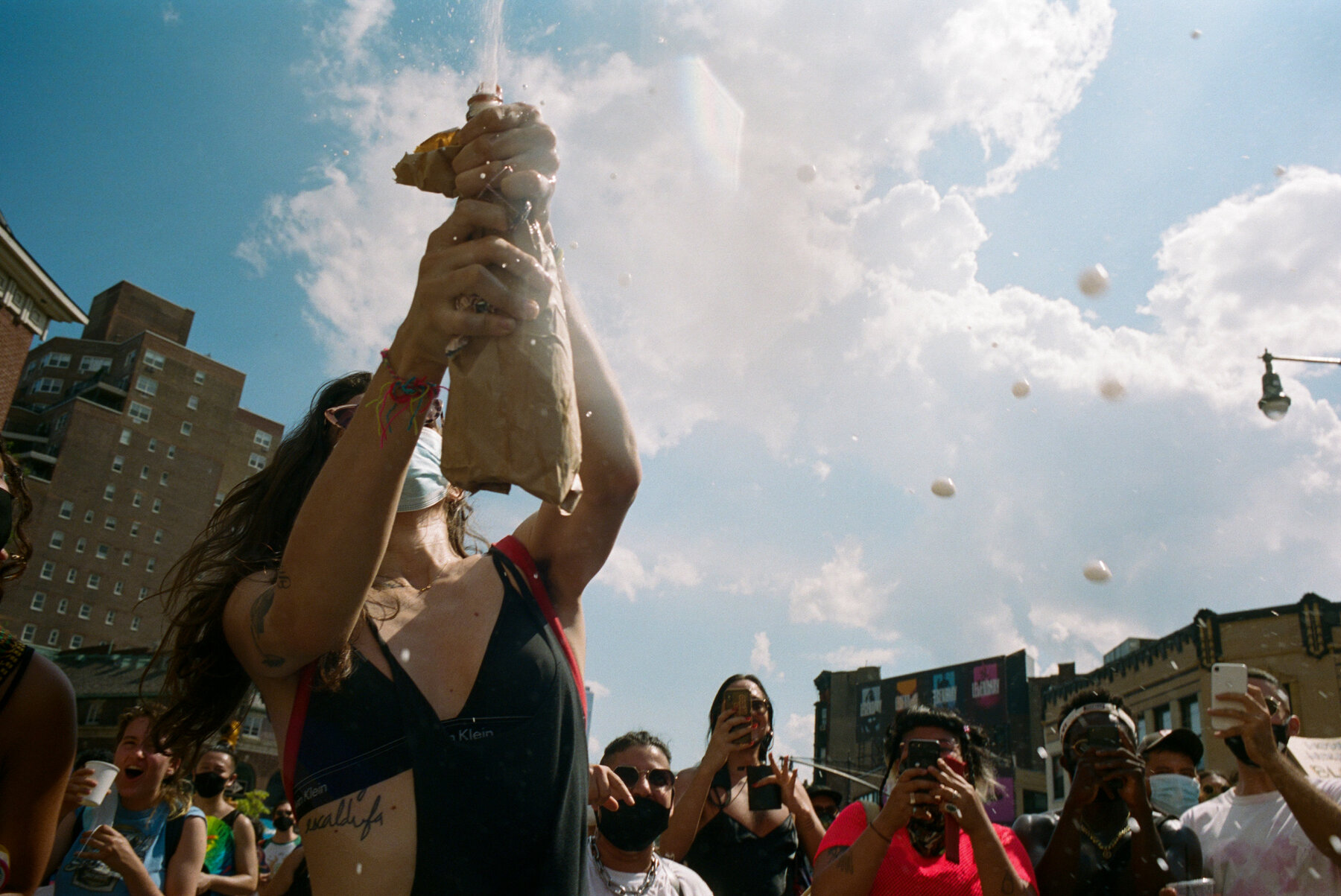 On my birthday, I stood in front of Gracie Mansion and filmed hundreds of people sitting, silently, their fists in the air, for more than half an hour.

There were demonstrations by day and fireworks all night.

In a way, it felt like proof: New York had not been conquered.

Twenty-three thousand had died of coronavirus, more than the seating capacity of Madison Square Garden.

Still, thousands filled the streets to demand an end to police violence against Black people.

Following the demonstrations and late-night destruction — shattered windows and stolen merchandise — the mayor instituted a curfew.

The protests continued, day after day. Doctors and nurses knelt in Times Square with raised fists; thousands of cyclists pedaled while shouting “no justice, no peace.”

Encounters with the authorities were captured by protesters and shared on social media. A police officer was suspended after video emerged of him pushing a woman to the ground in Brooklyn. Another officer was suspended for pulling down a man’s face mask and spraying pepper spray directly in his face.

The cases of the virus in the city kept dropping. 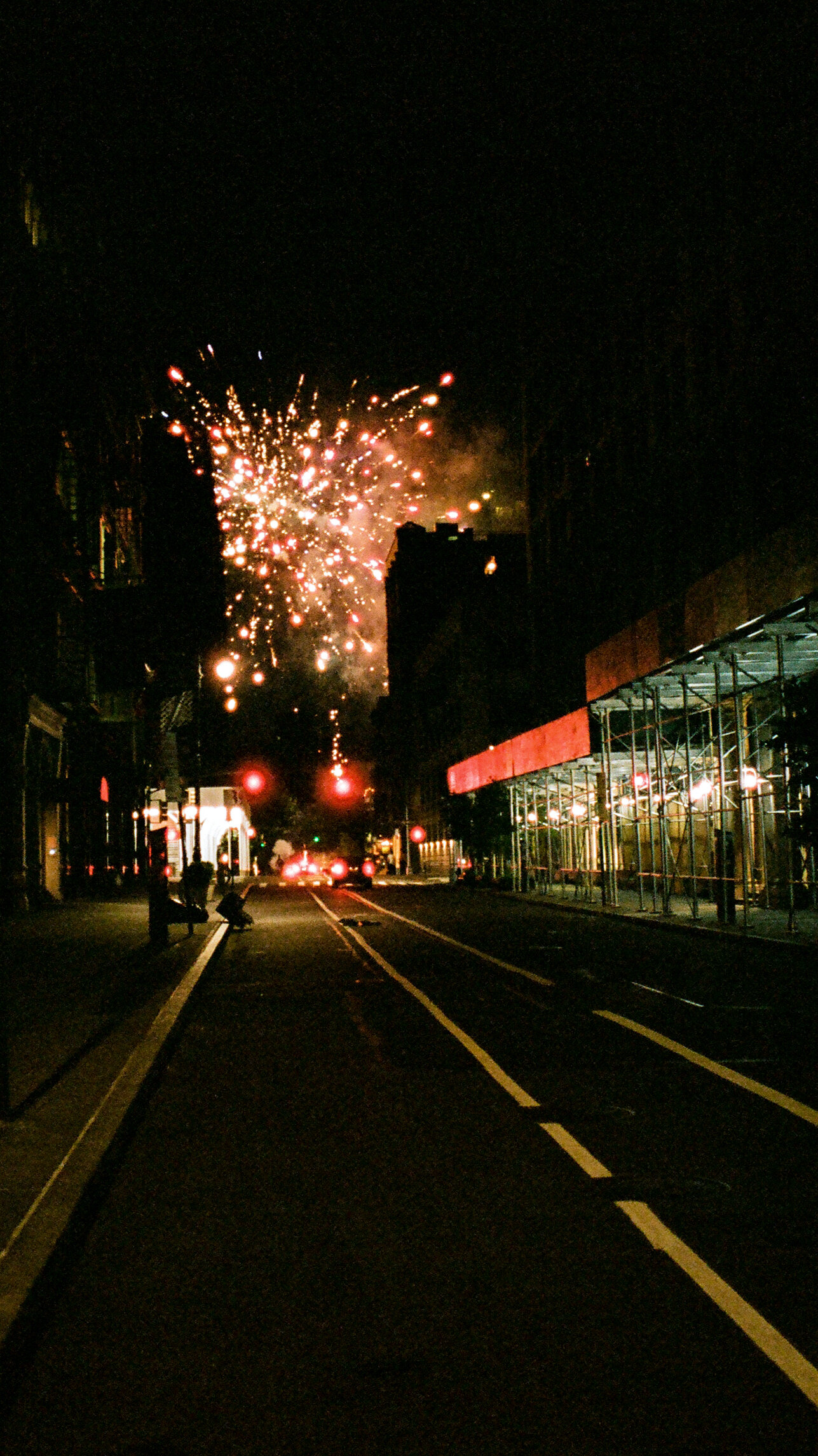 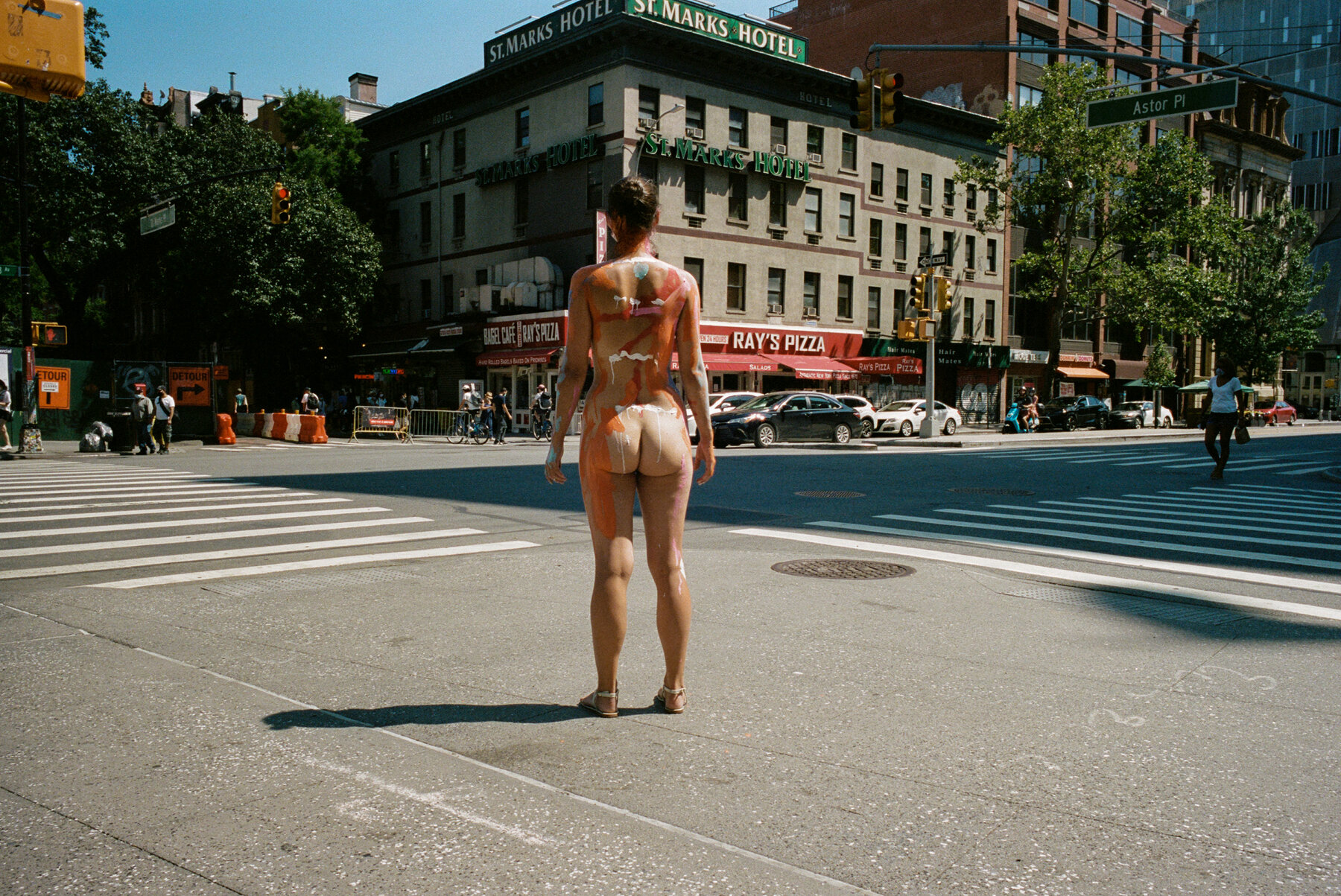 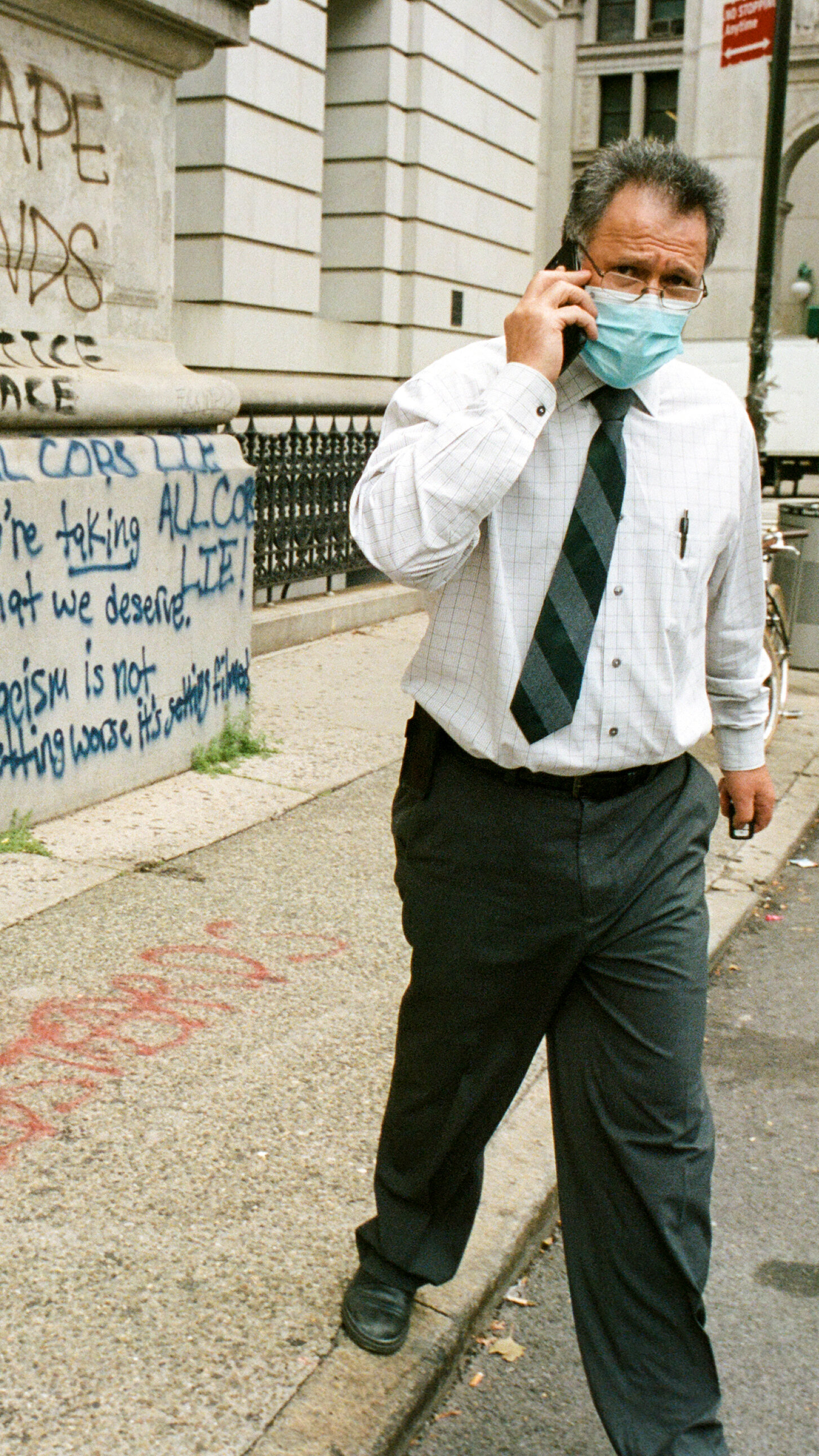 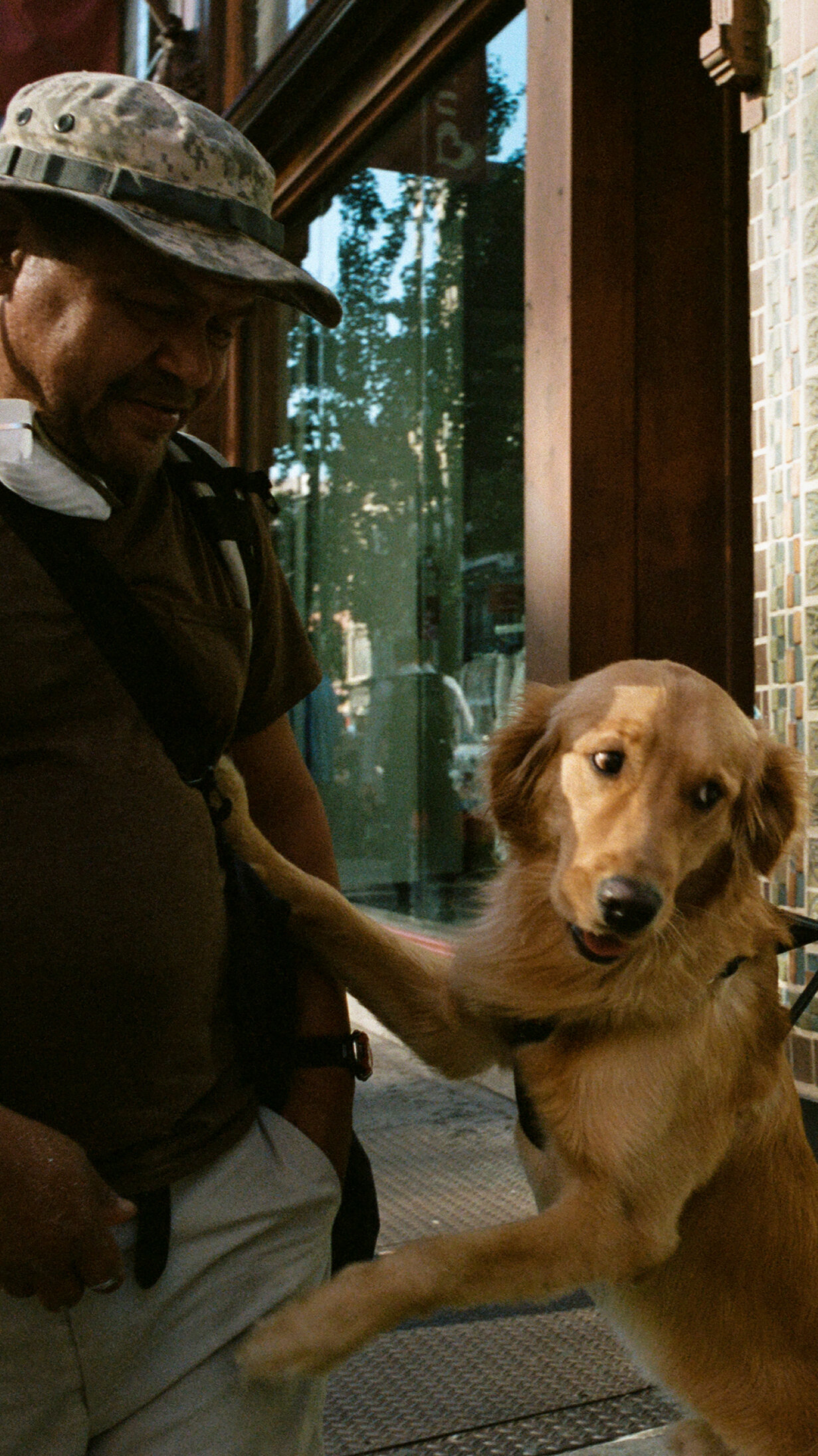 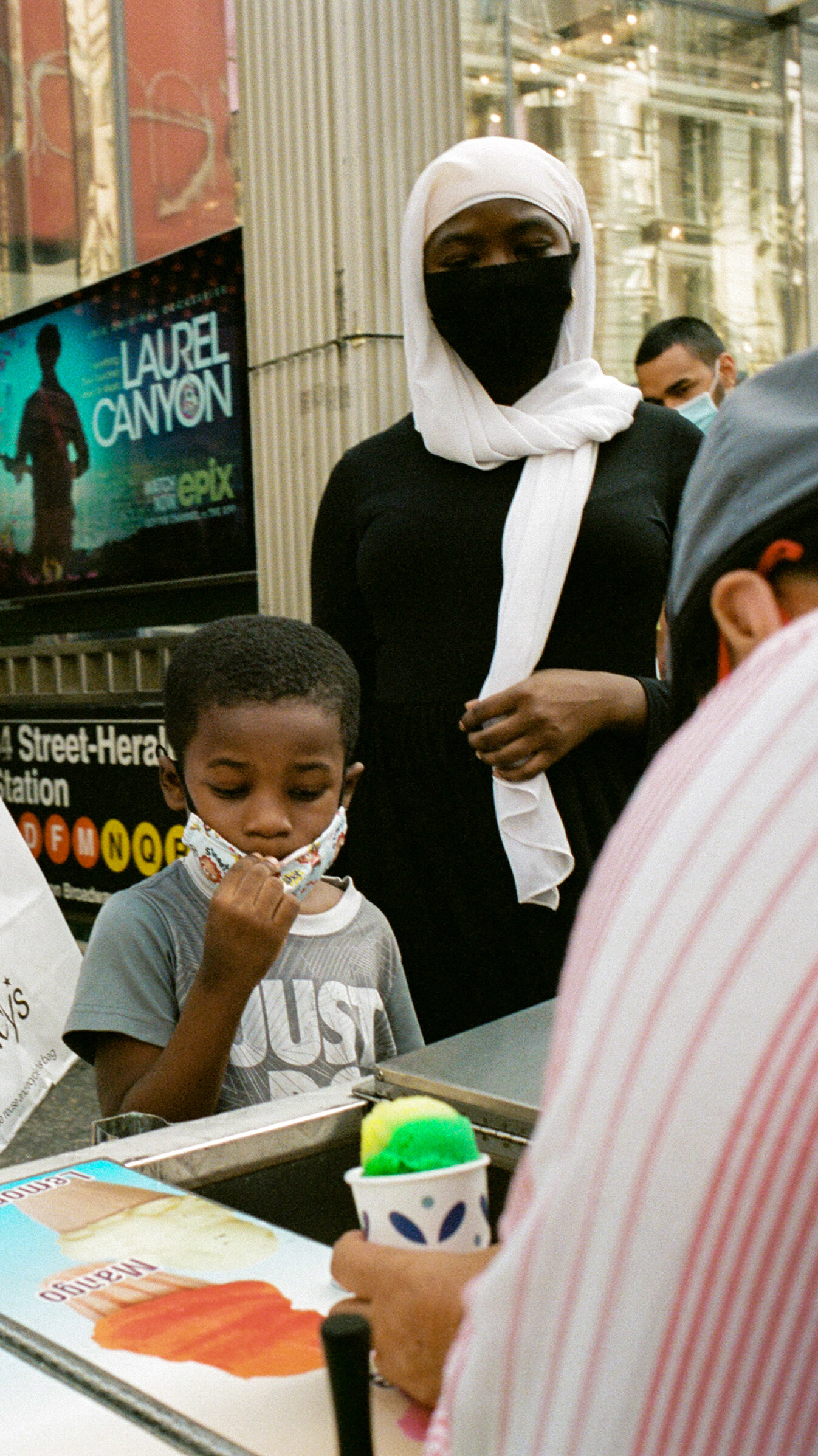 At some point it dawned on me that I was working as an editor at the New York Times, on the New York desk, during a gigantic moment in New York’s history.

And we had continuously updated it throughout each day, keeping it going for nearly three months, seven days a week.

“We did it,” the governor said in the middle of June.

“This is one of the best days for New York since we started.”

In July, we hit Phase 3: Restaurant dining (outdoors) returned. Pedicures were back. Beaches opened, then pools. There were kids eating Italian ices in the street and men opening up fire hydrants. It felt like the Old New York.

It’s not, of course.

I don’t know when I’ll ever share dessert in a restaurant again.

But on July 22, I saw a metaphor in a video on Twitter, and it’s cheesy, but I took it as a sign.

During a thunderstorm, lightning struck the Statue of Liberty, the bolt slicing through an immense and menacing cloud. The statue stood steadfast and unmovable. She didn’t budge an inch.

Daniel Arnold is a photographer in New York. Dodai Stewart is a deputy editor on the Metro desk of The Times.