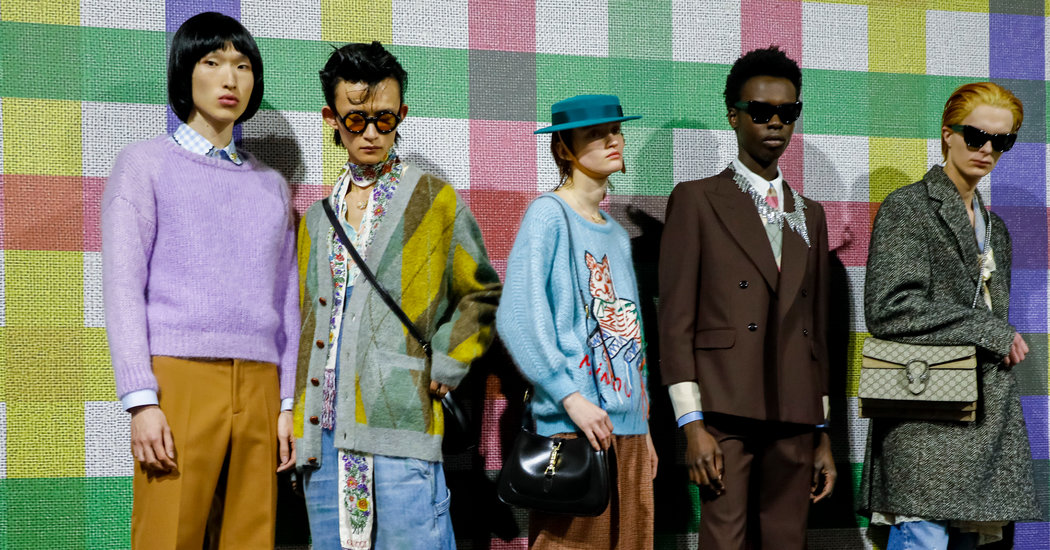 MILAN — Every Sunday morning here a time-warped market springs up in via Armorari and along a triangle of neighboring streets just steps from the great cathedral, the Duomo. On folding tables and the steps of the old post office vendors sell curious ephemera, principally postcards, coins and stamps.

The Mercatino Filatelico e Numismatico was founded in 1938, when Benito Mussolini’s Fascist party — which had come to power on a promise to transform an economically crippled and divided nation into a new Roman empire — still had a fragmented Italy in its grip. By then the country already was two years into an unholy alliance with Nazi Germany and another two away from going to war.

This is prehistoric stuff by the standards of a digital era. Yet for many in a country with a notably aging population, the past is, to paraphrase Faulkner is never dead and not even past.

At the Mercatino Filatelico one can find Fascist period currency adorned with an imperial eagle for 10 euros ($ 11.13) or, for a little more, a propaganda postcard of the Führer embracing towheaded Hitler youths, if you have a stomach for such things.

Whether consciously or not, Italy’s wartime past still shapes the work of many top designers here, who themselves represent an aging national population. It informs their outlook. It creeps into their collections. It is there whether they concede it or not.

Take Giorgio Armani, who at 85 is the product of that war, a man impoverished and hungry as a child, badly burned and temporarily blinded by an accident with an unexploded shell at 9, and who emerged in adulthood a personality so driven that, even now — a billionaire many times over — he lives to work.

At a guess, few going into an Armani emporium are likely to note in his output the echoes of a formative and terrible past (although the more informed among them may pause a moment to ponder the eagle that is Mr. Armani’s insignia). Yet the most consistent and powerful sense at Armani shows is of a tropism toward the war years and the images of them that he has retained.

Military uniforms are the basis of a lot of men’s wear and yet you do not have to look all that hard at an Armani show to see how this season’s down-filled Alpine blanket ponchos resemble gear that was worn by Greek troops to cross the Alps or how the shearling versions of the cappotto di montone, or mountain coat, derive from images that would have been seared into the consciousness of anyone who saw a newspaper during the war.

Of course, Mr. Armani presents these things in fancy updated versions — technical fabrics, silk blends, swank velvets — and not regulation olive drab or the uniform wool that must have weighed a ton when it became caked with mud and snow.

Yet at the peculiar little Sunday market there are plenty of postcards depicting World War II soldiers who look as though they might have walked right out of a Giorgio Armani show.

Hers is also an ethos ripped from an austere wartime past. Ms. Fendi is just 59 and yet lately she, too, has been preoccupied by an almost military utility in men’s wear, as she said before her presentation, and by clothes that have at least the interior functionality she invests in one of her brand’s famous Baguette bags.

Practically speaking, that translates into a style of jacket that zips apart to become a bolero (or, more aptly, an Eisenhower) and that resembles an ironic glamour take on hiker daddy gear from REI. Patch pockets for stowing credit cards, hand-held devices and cigars were added to clothing because … why? Weighty mid-calf Army gumboots similar to ones that also turned up at Ferragamo, Dolce & Gabbana and Prada were amped up with supersize lug soles that gave the models the appearance of giants, another battle trick.

“I like men’s legs,’’ Ms. Fendi said, referring to the trousers she had designed with pants legs and redundant and encumbering skirting at the rear. These not only made scant practical sense but lacked the advantage of demonstrating the “RuPaul’s Drag Race” axiom that men often have the best gams.

At the Fendi show the big reveal was a group of photochromic coats created in collaboration with Kunihiko Morinaga, the Anrealage designer who was shortlisted for the 2019 LVMH Prize. They were meant to change color or reveal hidden patterns when exposed to ultraviolet rays.

At the show’s finale, four models walked onto the runway and froze as banks of UV lighting were lowered around them. In the abstract, it was fascinating to ponder future uses of smart fabrics that react to environmental factors — particularly the military camouflage they were designed to produce.

Yet, as sunlamps descended and the white coats turned Fendi yellow, I suddenly found myself wondering what had become of that mood ring I had in seventh grade.

Miuccia Prada is another child of World War II, although, at 70, she is, of course, too young to have experienced it firsthand. But we all know enough about transgenerational transmission of trauma to understand that even that someone born four years after the war ended grew up steeped in the legacies of its ordeals.

Her show on Sunday, she said afterward, resulted from an urge to consider honest work, intelligence and culture a bulwark against what she called the “chaos’’ of our time. Was she referring to the racism, xenophobia and political intolerance that increasingly characterize the political landscape of Europe? She did not say.

Maybe Ms. Prada had the uncertainties of an unregulated gig economy in mind when she designed a collection that was, by turns, handsome and severe (double-breasted cavalry-style greatcoats; boxy jackets; stirrup trousers) and fanciful enough (tailored pajamas and sleeveless sweaters) to suit both “permalancers” marching off to corporate headquarters and those whose work arrangements allow them to slouch around at home in their underpants.

Either way, the Prada show had a quality that seldom deserts her, that of intellectual strictness. Held at the Prada Foundation headquarters — one of the more compelling private artistic philanthropies — and on a set constructed for the occasion and that evoked a corrida (some called it a de Chirico painting, an inevitable default whenever there is a colonnade) the show made the case for Milan’s position as a thriving laboratory for experimental industrial design.

Fashion may be Italy’s second-largest business sector (after industrial fabrication.) And Milan may be, as many now say, the New York of Italy. Yet if not for Prada’s continued existence, you would have to give those laurels to Florence which — at a fifth of Milan’s population and a fraction of its size — is by contrast an Italian Renaissance Podunk.

Alessandro Michele may have done as much as anyone around to combat toxic masculinity when, as Gucci’s newly named creative director, he introduced to mainstream fashion gender ideas that registered as radical. It was only five years ago that Mr. Michele had his prophetic men’s wear debut at Gucci, offering girlie clothes and fur-lined mules worn by sexually ambiguous beings that were presumably — or at least genitally — men. As it turned out, Mr. Michele was perhaps not so much a savant as some kind of cultural dowser, wandering the landscape with a trusty witching wand.

He was certainly early to divine an erosion of fixed gender roles already underway in the broader culture and then shrewdly to commercialize it. Or was it cunning?

Mr. Michele is, he said in an interview before his men’s wear show, someone who works from instinct. The notes he issued to explain his latest presentations may have been scripted in gender studies gobbledygook dense enough to make a knotty Judith Butler treatise seem like“Horton Hears a Who!’’ Yet the man himself is far less complicated, driven by emotion more than rationality or marketing. And, while he is a frank nostalgist, he is no dope.

His understanding of the allure for a digital generation of the mystical, the symbolic, the analog and even the occult turned Gucci into the single biggest-selling fashion label in Italy. In a sense he is like those stamp collectors at the Mercatino Filatelico — compelled by the markers and emblems of a past that, while there in plain sight, we barely register anymore.

Others may have seen in his latest presentation — in a return to the men’s wear schedule in Milan after several seasons away — a swing of the pendulum. Mr. Michele all but guaranteed that take-away by setting a giant one swinging at the center of a convention space covered in sand and then surrounding it with tiered seating resembling the jury boxes from “Judgment at Nuremberg.’’

From the perspective of this observer, his show — of baby-doll dresses worn as overshirts, shrunken and holey sweaters, grandpa tweed coats, grass-stained denims, and lamé or brocade trousers that looked as though you had run them up yourself on a Singer — read as a continuation of the history lesson that he has been delivering all along.

Mr. Michele cannot, at 48, have even a second hand experience of wartime conditions. Yet whether he concedes it or not those years, to a surprising extent, inform his work and not because it was a time of gender dispersion. The past is an occupied country and when Mr. Michele talked about his show as a return to the childhood joy of self discovery, free from gender constraints, he was speaking the language of anyone whose consciousness or experience has ever been colonized.

Like a lot of marginalized people — Mr. Michele is gay — he evolved a rich fantasy life and a knack for subverting narratives that historically left little room for people like him. The irony is that he then took those sustaining fairy tales and used them to conquer the world.