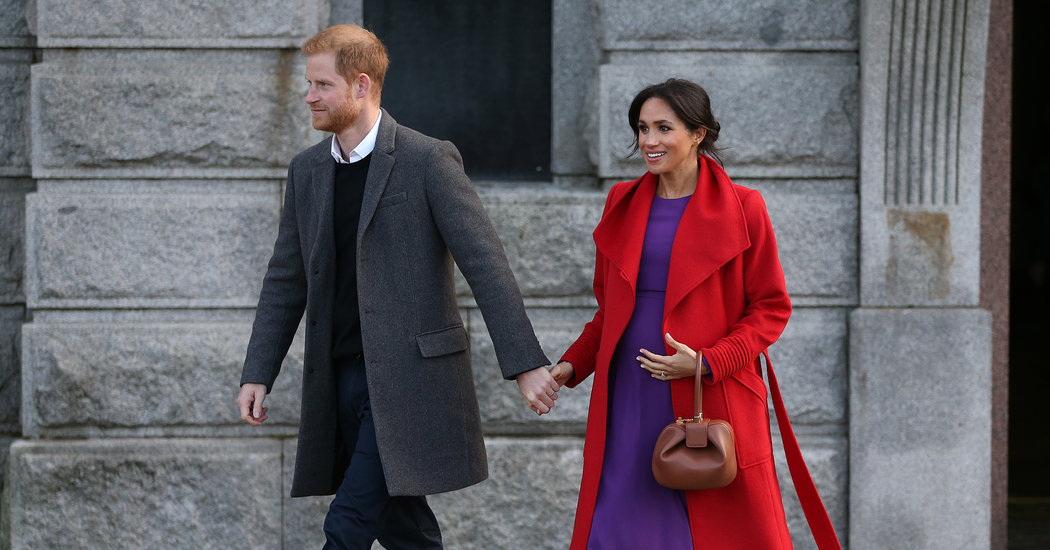 MONTREAL — Some have suggested they could become king and queen of Canada.

Others recommended Ottawa, the nation’s sleepy capital, as a possible home, noting that, if they squinted hard enough, they could pretend the Parliament buildings were palaces.

Prince Harry and his wife, the former Meghan Markle, also known as the Duke and Duchess of Sussex, electrified the world this week with their announcement that they planned to step back from official royal duties and live part-time in North America.

But even before they have revealed which country they would like to make home, many Canadians were already giddy at the prospect they could be moving to Canada — part of the loose federation of nations known as the British Commonwealth — and injecting some glamour into the sprawling, bone-chillingly cold country.

It is “the fairy tale ending we all deserve,” Anne T. Donahue, a Toronto-based writer, gushed in The Globe and Mail, Canada’s leading national newspaper. She called their decision “a power move” for the royal couple to “stop putting up with the nonsense” and take ownership of their own lives.

“So Harry and Meghan might be moving to Canada. Let’s be honest, wouldn’t you?” added the conservative-leaning National Post. Canadians are excited at this opportunity to live up to their “national reputation as polite host,” it wrote, extolling the potential economic benefits for Toronto if they decide to live there.

But Tim Hortons may have best captured the national mood with its appeal to the couple.

“No pressure, Meghan and Harry,” it wrote on Twitter. “But if you do choose to move to Canada, free coffee for life. Think about it.”

Rumors that Canada, which features Prince Harry’s grandmother, Queen Elizabeth, on its coinage and its $ 20 bills, was their preferred refuge from Britain were stoked this week after the couple’s statement announcing their plans conspicuously mentioned “North America” rather than the United States. Also, a Toronto-based digital firm designed their website explaining their plans.

And after the announcement, the duchess returned to Canada, according to the BBC, where she had reportedly left their 8-month old baby, Archie, after spending Christmas and New Year’s Day in British Columbia.

During their recent six-week vacation, the couple enchanted local residents on Vancouver Island by interrupting a hike to gallantly help a couple trying to take a selfie, according to local news reports. They were also turned away by an upmarket seafood restaurant serving caviar and steamed clams amid security concerns.

Even without Canada’s historical connection to its former colonial ruler, the duchess, an American, has close ties to the country and many Canadian friends. For seven years, during her previous career as an actress, she lived in Toronto while filming the popular legal drama “Suits.”

The Canadian media’s relative lack of intrusiveness could also offer a welcome reprieve from the voracious British tabloid press, which has dubbed the entire endeavor “Megxit.”

Perhaps mindful of the couple’s potential to burnish Canada’s brand, Prime Minister Justin Trudeau — himself a member of political royalty as the son of a former prime minister — welcomed them on Twitter in December around their vacation period.

“Prince Harry, Meghan, and Archie, we’re all wishing you a quiet and blessed stay in Canada,” he wrote. “You’re among friends, and always welcome here.”

Philippe Lagassé, an expert on the British monarchy at Carleton University in Ottawa, suggested that this sometimes self-deprecating country was greeting a potential royal migration as a “vindication of the Canadian way of life.”

Such is the enthusiasm for the couple in Canada that a poll released this week showed that 60 percent of Canadians supported appointing Prince Harry as governor general, the crown’s representative in Canada’s system of constitutional monarchy.

“It’s a big source of national pride that the royal couple would want to be here,” Mr. Lagassé said. “It makes Canadians feel better about themselves.”

He even floated a view that, hypothetically, the federal Parliament could make Harry and Meghan king and queen of Canada — relying on recent rulings in Canadian courts on the issue of royal succession, and various loopholes in Canadian law.

But he stressed that a majority of Canadians would be unlikely to support that, given a general reticence, he said, about revisiting constitutional debates that risk dividing the country.

In any case, he added, support for the monarchy generally remained lukewarm at best in a country where many viewed constitutional ties to the crown as a historical relic rather a necessity.

Nevertheless, pundits and citizens alike have been quick to offer advice on everything from how the couple should dress for braving the Canadian winter to where they should live. One frequent tip: Prince Harry could find favor by taking up hockey.

“They’d do well to ditch the crowns, scepters and garlands of invaluable gems and jewels, and dress the part of your average Canuck,” the self-described anti-monarchist Canadian John Semley, wrote in Britain’s Guardian newspaper. “I’m talking red-and-black flannel shirts.”

Other than Toronto, popular suggestions for potential royal abodes include Vancouver, where rainy weather and picturesque natural landscapes could remind the couple of England.

But others warned they should avoid Montreal, given that monarchists were rare in Quebec, a proud majority French province that was ceded in 1763 after Britain vanquished France in the Seven Years’ War. The queen has also avoided visiting Quebec City since 1964, when protesters showed her their backs.

Not everyone is thrilled by the prospect of the couple moving to Canada.

​Public attitudes toward the royals could become frosty quickly if Canadians had to pay for the hefty cost of their security, Mr. Lagassé said. Moreover, while the pair say they want to be financially independent, there is no guarantee they could get permits to work in Canada.

Even though Prince Harry’s grandmother is the personification of the Canadian state, he said, that does not confer legal rights for her progeny in Canada.

It is perhaps a sign of possible things to come that Tim Hortons’s offer of free coffee to the couple also spurred a backlash on social media, after a union said workers in Winnipeg had been locked out by the company after their demand for a salary increase.

The royal couple “can afford to buy the company,” one woman wrote on Twitter. “Your employees can’t afford rent.”

For all the royal hoopla, Canadians could be rejoicing prematurely if the couple decides to go to the United States to be closer to the duchess’s family.

After all, Prince Harry may heed the words of his grandfather Prince Philip, who had this to say about Canada during a trip there in 1976:

“We don’t come here for our health. We can think of other ways of enjoying ourselves.”