Are Elizabeth Warren and Bernie Sanders the muses of the moment?

This I was wondering while sitting deep in the bowels of New York on an unused J/Z station on Kenmare Street, watching Tom Ford’s version of simplicity go by. Industry-watchers spent a lot of time speculating in the run-up to this fashion week about what form the industry’s politicization and opposition to the current administration would take, but perhaps it’s not so much President Trump who has had a trickle-down effect on the designer mind, but his competition.

I mean, there was Mr. Ford trading the Park Avenue Armory, his usual venue, for the Lower East Side; his preshow quaff of Champagne for Sapporo beer; there he was making … jeans.

Jeans! This is a man who regularly pledges his troth to the art of getting dressed up, a man who was, in his Gucci years, the king of branding, and who later plastered his “TF” all over. Whose first show in New York when he returned from London was at the ultimate uptown canteen, The Four Seasons restaurant, now defunct.

Well, maybe that says it all. To everything there is a season.

“I think that it is a time for ease,” Mr. Ford wrote in his show notes, which also name-checked the famous photo of Andy Warhol and Edie Sedgwick emerging from a manhole on a Manhattan street, and the 1985 Luc Besson film “Subway.” He might have added: a time for playing down obvious privilege.

What this meant in his hands were small silk jersey T-shirts, the sleeves rolled up, atop big duchess satin ball skirts. It meant the same tees with teeny-weeny silk basketball shorts that looked kind of like a combination of diapers and tap pants, sharp-shouldered satin jackets, and seamed stockings. And the same tees (three-in-one!) pulled over the head to form a shrug, and paired with silk jersey loungewear — sorry, gowns, caught up with sweatpants elastics bisecting the body in asymmetric lines to create an Aphrodite-going-to-Gold’s-Gym effect. Actually, there were a lot of elastic waists.

Not so much for the men, who got lounge-lizard pastel tuxedos. But back to the elastic waists. They came in culotte suits, and in long, slinky evening skirts that came with molded metallic breastplates or bras for evening. They looked comfortable (the skirts, not the breastplates), if a little schlumpy. It’s not Mr. Ford’s natural form of expression. But give him credit for sensing a change in the weather.

As the opening look at Vaquera, a T-shirt over inflated pinstripes, read, “In Loving Memory of New York.” Instead of a bride later in the show, there was a black lace-clad widow. Also a faux obituary on every seat: “New York City Dies On Runway.” The old sartorial symbols of the city, once held so dear — Wall Street, benefit society, the gilded penthouse, the string of pearls — are starting to crumble.

This is fine for designers like Maria Cornejo, of Zero + Maria Cornejo, who never bought into that story anyway — her slightly quilted, softly corseted polka dot suits are for the woman whose brain needs a soft place to land — and Mary-Kate and Ashley Olsen of The Row, whose highly honed brand of minimalism prioritizes the interior and cleanliness of line over exterior signs of aspiration. They make wellness for the closet. The big news in their collection this season: exaggerated pockets on the outside of straight skirts and pants; an evening tank dress composed of almost transparent, overlapping puzzle pieces.

But it’s why watching the Carolina Herrera show, held under a domed plastic gazebo in the perennial garden of Battery Park, dedicated to the “super bloom” this year in California, and full of exploded floral prints in crisp cottons, luscious colors and tulle polka dots — full of no-nonsense lunching-at-the-club, dinner-at-Doubles elegance — nevertheless felt like watching an era coming to a close. This was the creative director Wes Gordon’s best effort yet (he took over from the brand’s founder last year), and there is unquestionably a set of women who need these clothes. It’s just that they are an increasingly sidelined set.

The sharing economy has reached fashion: The Vaquera show with that R.I.P. New York vibe was held as part of a group event. The designers had banded together with peers at the brands Section 8 and Creatures of the Wind/CDLM to have a joint show and share the financial burden. The room was fizzing with the kind of low-grade anarchic energy that comes from shredding old forms and piecing them back together in a sometimes ridiculous, sometimes think-twice way. Afterward the audience ran — to the subway, one and all. 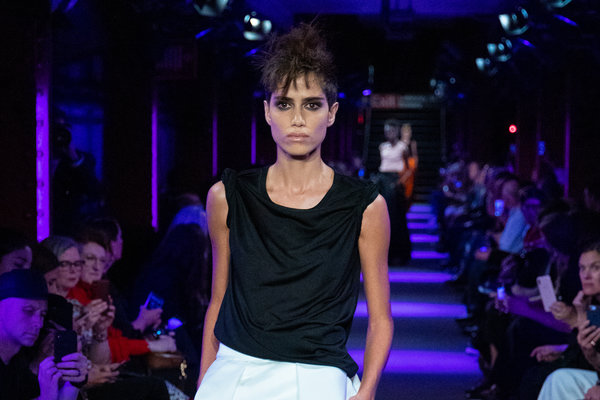 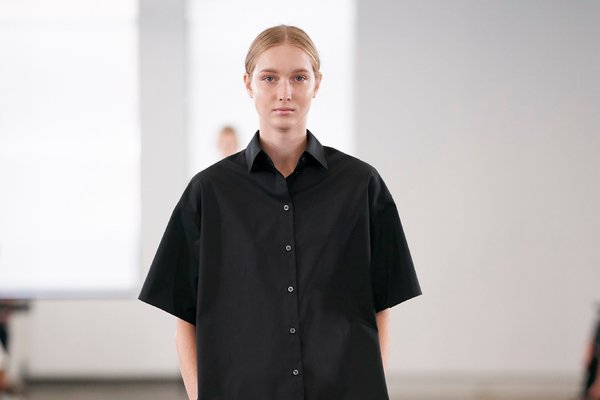 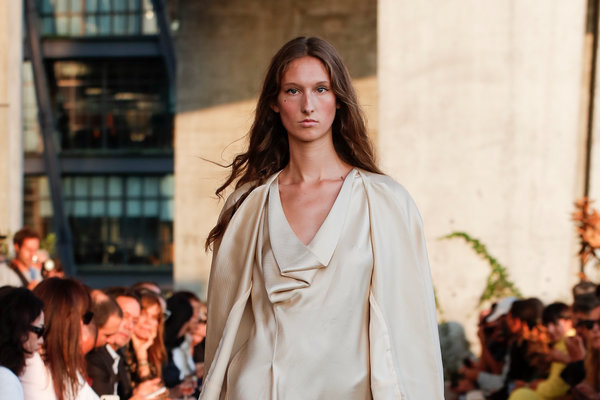 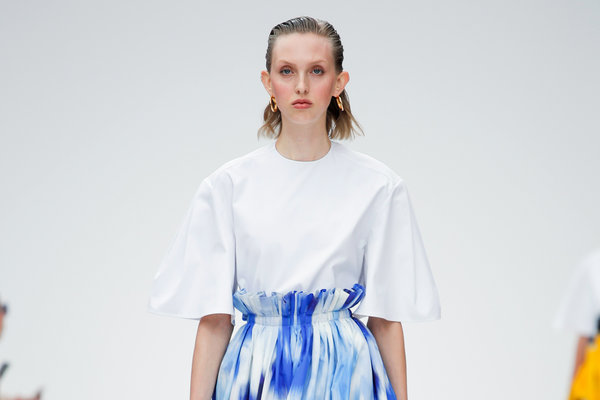