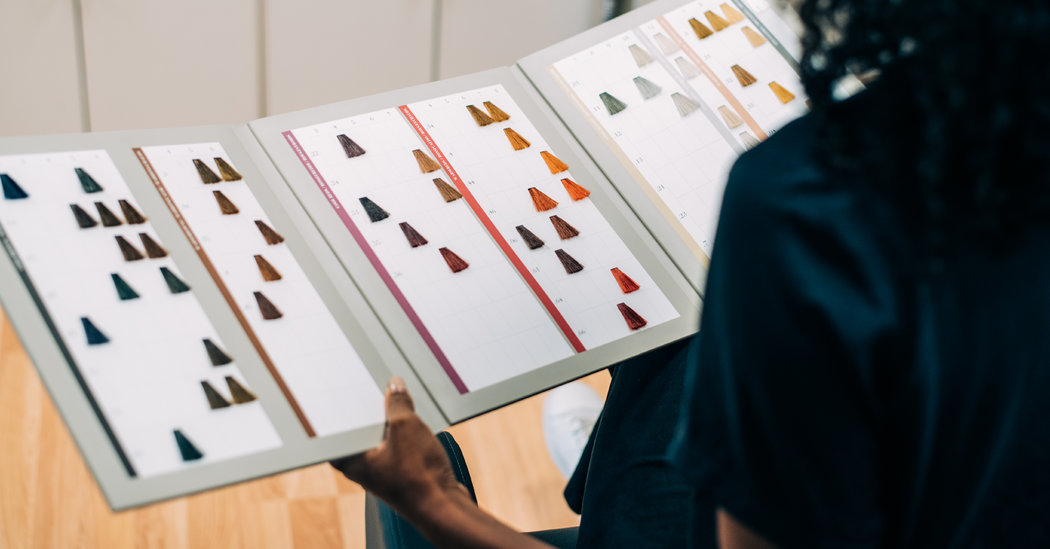 For decades, scientists have debated whether hair dyes frequently used by women might contribute to cancer. The research has been mixed and inconclusive, but now government investigators have turned up a disturbing new possibility.

Black women who regularly used permanent dyes to color their hair were 60 percent more likely to develop breast cancer, compared to black women who did not report using dye, according to an analysis published this week in The International Journal of Cancer.

White women using hair dye did not see a significantly increased risk. The reasons are unclear: It may be because different products are designed for women of different ethnic and racial backgrounds, or that variations in hair texture alter the amounts of dye that are applied or absorbed through the skin.

The study also implicated hair straighteners, finding a 30 percent increase in the risk of breast cancer among women of all races who reported regular use of the products. African-American women were much more likely than white women to use hair straighteners, the researchers noted.

The analysis does not prove hair treatments cause breast cancer, several experts said, and the overall risk for African-American women is difficult to know. Fewer than 10 percent of the study’s participants were black women, their use of hair products was assessed only once, and they were tracked for just eight years on average.

Generally, scientists become concerned when an environmental exposure doubles or triples cancer risk, meaning the relative risk rises by 100 percent or more. The figures reported in the new study fall short of that threshold.

“You cannot, based on these data, make the statement that hair dyes and straighteners cause breast cancer,” said Dr. Larry Norton, medical director of the Evelyn H. Lauder Breast Center at Memorial Sloan Kettering Cancer Center in New York. “These effects were small.”

Still, some scientists said the findings were concerning because of how popular hair products are. In the study, more than half said they had used hair dye, and nearly three-quarters of black women reported using hair straighteners.

“Our advice is that if you want to take a cautionary approach, limiting the use of these types of products is warranted,” said Robin Dodson, a research scientist at the Silent Spring Institute in Newton, Mass., who studies environmental risks to women’s health.

She has identified several chemicals that mimic the hormone estrogen in hair straighteners used by black women, including parabens, commonly used as a preservative, and some banned by the European Union. Estrogen can fuel some types of breast cancer.

“Most products put out there on the market today are not adequately tested for safety, and they aren’t tested for endocrine-disrupting chemicals,” Dr. Dodson said, referring to additives that interfere with hormones in the body.

“Most people are very surprised to learn that there’s nobody really minding the store.”

The new study, carried out by scientists at the National Institute of Environmental Health Sciences, part of the N.I.H., relied on data from 46,709 women in the so-called Sister Study.

Participants were between the ages of 35 and 74 and living in the United States from 2003 to 2009. None had breast cancer at the start of the study, but all had at least one sister who had breast cancer — meaning that subjects, too, were at elevated risk.

The women were asked about their use of hair treatments when they first enrolled in the study. They were followed over an average of eight years, during which 2,794 breast cancers were diagnosed.

“The take-home message is that these risks are potentially important, but we know that a lot of different factors contribute to a woman’s risk of breast cancer,” said Alexandra White, head of the environment and cancer epidemiology group at the N.I.E.H.S. and an author of the new report.

“We want women to have this information and take it into account in their lifestyle decisions, but to keep in mind that the risks associated with these are small,” she added.

Only 4,087 of the participants in the study were black women, about 9 percent, she noted, and that number may be too small to know whether the risks are real.

“These findings are definitely more concerning for black women because of the findings on permanent dye and their more frequent use of chemical straighteners,” Dr. White said. Many straighteners contain formaldehyde, a known carcinogen.

Dr. White suggested that women switch from permanent dyes to semi-permanent dyes, which were not found to be associated with an increase in cancer.