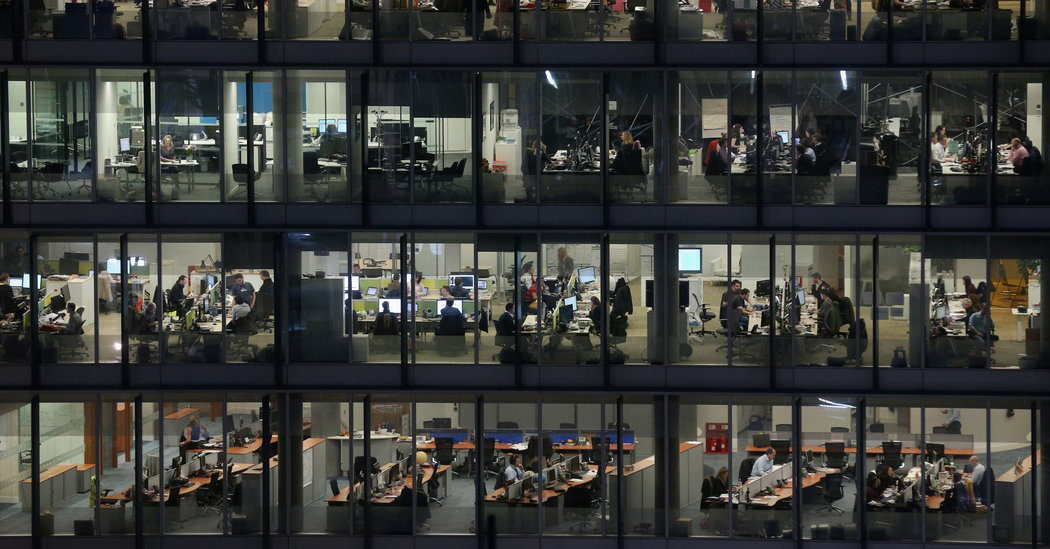 Nixon predicted it. Workers have asked for it. And businesses and governments have experimented with it for decades. The world has been talking about the four-day workweek for half-a-century, so what’s taking so long?

The idea pops up every so often in expectant headlines. Just last week, Microsoft Japan inspired a flood of stories after reporting that, in a trial, shortened weeks had boosted productivity by about 40 percent. Yet the four-day workweek is the flying car of labor: a profound advancement that has seemed just around the corner for decades.

“In America? I’m not expecting it anytime soon,” said Adam Grant, an organizational psychologist at the University of Pennsylvania’s Wharton School of Business, who made the case for a shorter workweek to business leaders at the World Economic Forum in Davos, Switzerland, earlier this year.

The reasons that a four-day workweek hasn’t yet taken hold are varied, Mr. Grant and others argue. Some barriers are institutional and some are cultural. And then there’s the most human reason of all: inertia.

‘We value work as an end in itself’

The roots of the modern five-day workweek in the United States stretch back more than a century. In what is often cited as the first known example, a New England mill expanded the one-day weekend in 1908 from Sunday to accommodate Jewish workers who observed the Saturday Sabbath. Less than two decades later, Henry Ford followed suit, instituting a five-day workweek throughout his company and popularizing the idea.

The change reflected a broader trend, said Benjamin Kline Hunnicutt, a professor at the University of Iowa who studies work and leisure and wrote the 2014 book “Free Time: The Forgotten American Dream.”

Working hours had been steadily reducing across the industrial world in what was seen as the fulfillment of the promise of technological advancement and capitalism, he said. Just a few years after Ford implemented the five-day workweek, the famed economist John Maynard Keynes predicted that the trend would continue, imagining that, by 2030 or so, people would work just 15 hours a week.

But the decline in working hours soon stopped. The workweek stabilized at 40 hours and, after World War II, labor grew increasingly revered, according to Mr. Hunnicutt.

At the same time, consumerism was on the rise: Americans were increasingly choosing luxuries over leisure and the only way to get more luxuries was to work more.

‘What we have right now are a bunch of examples’

Today, employers are often unwilling to experiment with the four-day workweek, a reluctance that Mr. Grant attributes to a lack of three things: interest, faith in employees and understanding of the benefits that a shortened week can offer.

Still, executives could be convinced, he said, with more rigorous study: “I would love to see better data and more data. What we have right now are a bunch of examples.”

Those examples can be inconsistent. In some cases, the typical 40-hour workweek is merely redistributed over four days. In others, a day of the week is simply removed, resulting in fewer hours worked. Sometimes pay is cut, sometimes it remains the same.

As a consequence, results have been mixed, especially among governments that have toyed with the idea.

In 2008, Utah switched most state employees to a workweek that consisted of four 10-hour days. An audit conducted before the state ended the practice in 2011 found that there wasn’t enough objective data to judge the effects on productivity, though anecdotal evidence was mixed. In Sweden, a two-year experiment found that nurses who worked 30-hour weeks spread over five days were happier and healthier than counterparts who worked a typical 40-hour week, though it came at a cost as new workers had to be hired.

Corporate experiments, on the other hand, have yielded clearer — and often more positive — results.

Last year, for example, a New Zealand estate planning advisory firm with about 240 employees earned headlines around the world after finding that a trial four-day week had boosted performance. The two-month experiment was so successful that the business, Perpetual Guardian, made the change permanent.

Mr. Barnes was so convinced by the lessons of the experiment that he and a colleague, Charlotte Lockhart, launched a nonprofit this year to encourage businesses around the world to adopt a shorter week.

Elusive as it may seem, there may still be hope for the four-day workweek.

Historically, experiments with the idea have tended to focus on its effects on employee happiness and work-life balance. But the Perpetual Guardian trial last year and the test conducted by Microsoft Japan this year focused on a benefit that might motivate employers: productivity.

“It is making it safer for chief executives, for boards, for companies around the world to say, ‘Well, actually, I’m not just doing this because it is a good thing for my employees, I can also do this because it is good for business,’” Mr. Barnes said.

At the same time, there’s a widespread desire among employees to work shorter weeks.

About two-thirds of workers favor a compressed workweek, according to recent surveys by the staffing firm Robert Half and the public radio program Marketplace. And a poll conducted last year by The Workforce Institute, a think tank at Kronos, a maker of work force management software, found that 34 percent of global workers wanted a four-day workweek compared to 28 percent who were happy with a five-day one. (Some unions have pushed for shorter weeks, too.)

Millennials and the generation that follows, Generation Z, also seem to be driving a broad shift in priorities when it comes to work, focusing less on pay and more on balance, Mr. Hunnicutt argued.

“My generation, the baby boomers, may be the last true believers in this really bizarre belief that work can really answer all of our questions as human beings,” he said.