Toffee Dating is an app recently launched in the U.K., aimed exclusively at those who went to private schools, because, according to the founders, “we know people from similar backgrounds are likely to stick together.”

My first thought was: How completely unnecessary. The private school bubble is closed enough as it is. I know because I spent a brief and suffocating stint inside of it when I met my first boyfriend, Charlie, at 17.

The likelihood of us meeting was slim. Although our family homes weren’t far apart as the crow flies, our paths would rarely cross within the social jungle of middle-class Britain. Only by chance did we end up at the same house party.

Looking at us, it was not immediately obvious that Charlie and I came from different universes. We both wore similar zip-up hoodies with band T-shirts underneath. We drank the same budget vodka (Glen’s), topped off with saccharine mixers. We both had accents formed in the south of England, though his was cut from glass and mine shaped out of plastic, inconstant and moldable, depending whom I was with. But if you looked a little closer, we were as far apart as distant planets.

The biggest differences were the schools we attended. The rooms we sat in when our minds would fill up with gold and junk, the people we would talk to every day and the teachers who would boost and obliterate our self-esteem.

His school, Eton, was designed to make its students feel comfortable in the halls of Parliament. It’s the school of future prime ministers. If you visit Windsor, then you’ll likely see the students skipping over the cobbled streets in tailcoats like posh penguins.

When we drove past it one day, my brother said, “The 1800s called and want their school back.” Many of the graduates (they are called Old Etonians when they leave) then jump neatly into Oxford and springboard from there into Parliament. They might skim the surfaces of grubby Britain at university, if only in a voyeuristic way.

My comprehensive state school looked like a rain-stained cardboard box from the 1970s. While Charlie’s teachers were novelists, composers and scientists, ours were asked to combine teaching and social work. One of my abiding memories of music class was my teacher giving me an F for “showing off.” Languages were taught lazily, I believed, because the teachers knew we would not go into any job that would require French.

Charlie claimed he was different from his classmates. I think he believed dating me was proof of this. His hair set him apart from his school friends and symbolized his individuality, falling about in chaotic curls that sometimes knotted in the nighttime. Although it was against his school policy, he had convinced his teachers to let him keep it. His schoolmates’ hair toed the line, groomed in submissive straight lines.

I had assumed Charlie had a better understanding than I of everything, even love. He had understood what Shakespeare meant, knew poems by heart. For my birthday one year he gave me a copy of Raymond Carver’s “What We Talk About When We Talk About Love,” which I loved but never discussed with him, fearing I had misinterpreted.

When he asked for my opinion a few months later, I lied and said I hadn’t read it yet. Sometimes I open it now and see his childish scrawl in blue ink — “Happy Birthday Katy. Love, Charlie X” — and regret my feelings of doubt and shame.

His tribe brimmed with confidence while mine was riddled with insecurity. Sometimes the lads in my neighborhood would feign self-assurance with aggression, but it wasn’t nearly as convincing as wearing a suit. The aspirations of his tribe were close and palpable while mine seemed flimsy and distant.

When Charlie stepped into my house for the first time, I watched him closely. Years later I would realize that the expression on his face reminded me of how politicians look when they step inside factories or visit working class towns, a kind of well-considered curiousness, as if they’d practiced in the mirror and in front of their spin doctors.

But they know they can leave. Just as Charlie knew he would. Charlie wasn’t being deliberately contemptuous. He wasn’t a bad person. He bore witness to my life up close, saw my mother struggle to pay the bills. We had conversations about it. He said he wanted to “save” me.

Our kitchen was wreckage. Dirty plates piled high. The floor was constantly wet. For a few years, there was a hole in the ceiling, a gaping wound formed after my brother left the bath water on upstairs. My bedroom, which I shared with my siblings, was painted in five different shades of pastels by me. Paint flaked and peeled off the walls, and small craters had been left in the plaster from all the posters we had tacked up and ripped down. Charlie touched one, eyebrows raised. He acted like a tourist, fascinated by our disorder.

His family home (where he had spent little time, having attended boarding school since age 13) was a five-bedroom mini-mansion 30 minutes outside of London. When I stepped inside for the first time, my eyes glazed over. Everything shone. The clothes Charlie and his parents wore had a warm, clean smell; the towels in the bathroom were always dry.

Sometimes when his parents went out, and Charlie fell asleep, I would wander around each room, smelling the scented candles — vanilla, tobacco, pear. I would open the refrigerator and look at the food, which had been thoughtfully categorized. There was a shelf for cheese that actually contained cheese. A vegetable drawer that actually had vegetables in it, neatly stacked. Everything felt safe.

Dating Charlie, I felt as if I had opened a door. I saw that what class bestows is a belief that you can achieve things. I did not have faith in our relationship. I had seen something I wasn’t supposed to see. I came to realize that many of Charlie’s school friends would never come to houses like mine. Or if they did, they knew they would leave. They wouldn’t see the chaos in an intimate way.

In his world, nobody ever says anything, but they notice everything.

Our bubbles drifted apart for good when the time came to go to university and the vanity of small differences between us became starker than ever. He passed his exams breezily and was accepted into a prestigious university with red brick buildings. My grades were disappointing, and I decided to not even attend school, not immediately. Instead, I spent a lot of time with Charlie at his, not doing much of anything. This lasted for about one year.

After our breakup, I saw on Facebook that he was dating someone from a school named Princess Helena College. Eight years later, they’re still together. The founders of Toffee Dating are right. People from similar backgrounds do stick together. Stuck in the same batch of toffee, perhaps, safe in that impenetrable goop.

I couldn’t stop thinking about Charlie and his school and his house and his friends and his world that had briefly collided with mine. I think of all the ways that our backgrounds came between us, and how, no matter how hard we tried, we could never feel comfortable in each other’s lives. Why would someone want to exacerbate that divide with an exclusive dating app?

What we need more than ever, it seems to me, is more understanding on both sides. I think about how such understanding could improve our system.

After drinking half a bottle of wine, I decided to message him. I wanted to know if he ever thought about this part of our relationship.

“It’s been a long time,” I typed. “How are you?” Then I deleted it. Type and delete. Until I finally typed and hit “send.”

He replied: “The only meaningful bit of news I have is that I’ve started losing my hair.” I saw in his profile picture that his curls had indeed been lopped off. Without them, he looked like all his other school friends.

I told him a bit about what I was up to, and he replied with a predictable, neutral response — “I’m glad you got in touch” (or some such) — in a way that reminds me of how politicians speak. I wanted to ask him if he ever thinks about the class aspect of our relationship. Whether he learned anything from my life, because I learned a lot from seeing his.

“Our relationship taught me so much,” I typed. “The British class system is not designed for people like us to fall in love. Do you ever think about that? Do you think Brexit would have happened if there had been more couples like us?”

Then I deleted it. 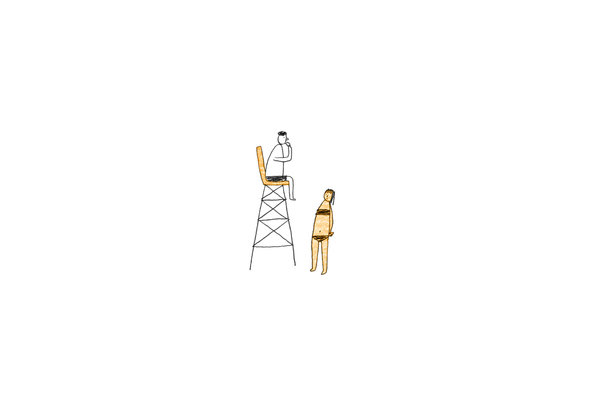 He’s Your Destiny. Just Be Patient. 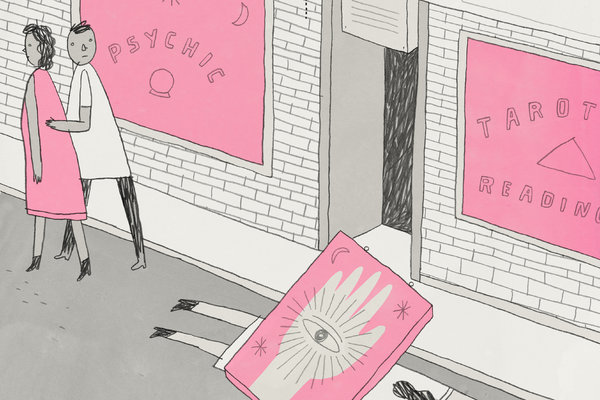 The Holiday of My Dreams Was Just That

Kate Jackson lives in Vienna, Austria, where she works in the German linguistics department at the University of Vienna.