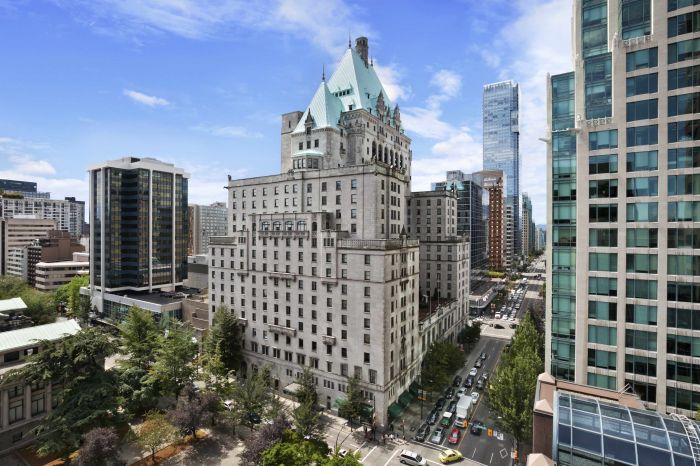 The Castle in the City. Photo courtesy of Fairmont Hotel Vancouver

Affectionately nicknamed “The Castle in the City” for its chateau-style green copper roof and guardian stone gargoyles, the Fairmont Hotel Vancouver unveils a contemporary new look and meticulously renovated heritage suites, just in time to celebrate 80 elegant years of world-class hospitality. The hotel hosted a glamorous gala on May 9 in the Pacific Ballroom with gourmet food stations, live music, and more than 300 guests and media in attendance.

Built as part of Canada’s majestic railway hotels, the Fairmont Hotel Vancouver opened in 1939 in the presence of King George VI and Queen Elizabeth (the Queen Mother) who stayed on the hotel’s fourteenth floor. As part of the recent $ 75 million dollar, four-year renovation, the Fairmont Hotel Vancouver upgraded all 557 of its guest rooms to deliver a style that harkens back to bygone era, while adding modern amenities appreciated by today’s discerning traveler. 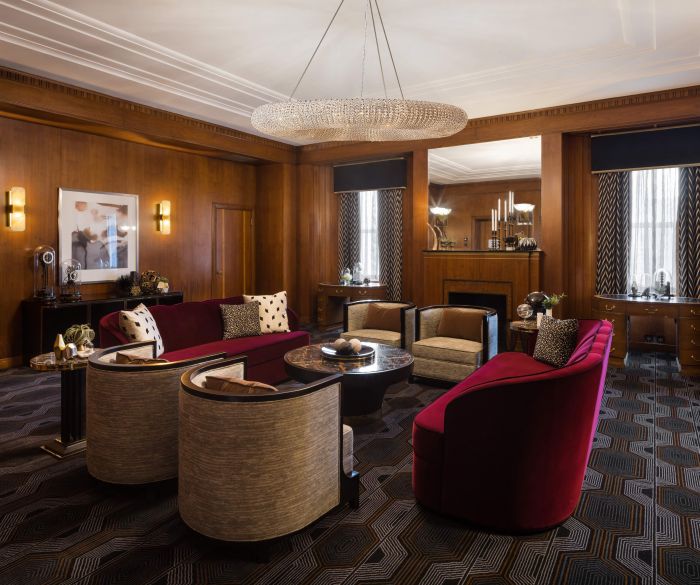 None of the rooms dazzle more than the newly restored Fourteenth Floor Heritage Suites. The collection of historic bedrooms and living spaces include the magnificent Royal Suite and the Lt. Governor’s Suite, each distinctly decorated with bespoke furniture, rich fabrics, and custom carpets and wall coverings. Traces of a time when craftsmanship and attention to detail was an art form present themselves everywhere, from the suites’ stained sycamore doors with inset bronze nameplates to the elaborate bronze hallway gates used to secure the royal couple during their inaugural visit. The English black walnut veneer-paneled walls of the Art Deco Lt. Governor Suite are made from a single tree. The suite’s parlour famously made an appearance in the film Fifty Shades of Grey, too.

For guests looking for an extra splash of pampering, the new Fairmont Gold level offers guests a hotel-within-a-hotel experience with private check-in, personalized concierge service, an exclusive lounge, deluxe continental breakfast along with coffee, tea and pastries throughout the day, use of iPads, and evening canapés. The 42 Fairmont Gold rooms and suites are located on the ninth and fourteenth floors. Custom touches include note cards and toiletries embossed with guest names.

For the landmark 80th anniversary, the hotel partnered with renowned international portrait photographer Dennis Gocer of The Collective You who created eight captivating images that will remain on display in the lobby through the end of the year. These portraits interpret eight decades of the hotel’s iconic characters, including the Lady in Red, Fairmont Hotel Vancouver’s resident ghost, and Ethel Ferguson, a longtime housekeeper who was horrified at plans to “modernize” the decor during the 1960s and hid 200 pieces of Chippendale furniture in the hotel’s nooks and crannies. She came clean and produced them 15 years later when decor trended back to a more traditional style.

Also in the lobby is the new Notch8 Restaurant & Bar with a chic aesthetic inspired by the romance of train travel in the 1930s. The name comes from a train’s top speed, achieved only by the most skilled conductors, and pays homage to the Fairmont Hotel Vancouver’s legacy as a sophisticated whistle stop along the Canadian Pacific Railway.

Menus are fresh and inspired by British Columbia’s natural wonders, and dishes are sublimely executed by a superior kitchen staff helmed by Canadian chef Colin Burslem. Behind the bar, a blast-from-the-past cocktail list takes you through decades via tasty tipples such as the Bee’s Knees, a carry-over from Prohibition made with the Botanist gin, fresh lemon, and honey, and the 1950’s Harvey Wallbanger with Grey Goose vodka, Galiano, and orange juice.

Through September 1, the hotel offers a 80th Anniversary Afternoon Tea, a delightful nod to the English tradition. Three tiers of fresh baked scones and clotted cream, five kinds of finger sandwiches including chicken salad with mango chutney and tender beef shank with horseradish sour cream, and whimsical sweets that look plucked from the pages of Alice in Wonderland, make for a memorable midday meal. A children’s version is also available.

If over-the-top is your jam then the 80th Anniversary, $ 80,000 Royal Package is yours for the booking. It includes a two-night stay in the opulent Royal Suite, part of the restored Fourteenth Floor Heritage Suites collection. The suite is regal yet classically contemporary, with a king-sized bed and sitting area, and sumptuous spa-like bathroom. An attached parlour has a private dining area, sitting area, powder room, and service kitchen. The package also includes a full photo session with The Collective You (with jewelry loaned from De Beers Diamonds), and a two-hour Coast Mountain Adventure flight with Sky Helicopters. 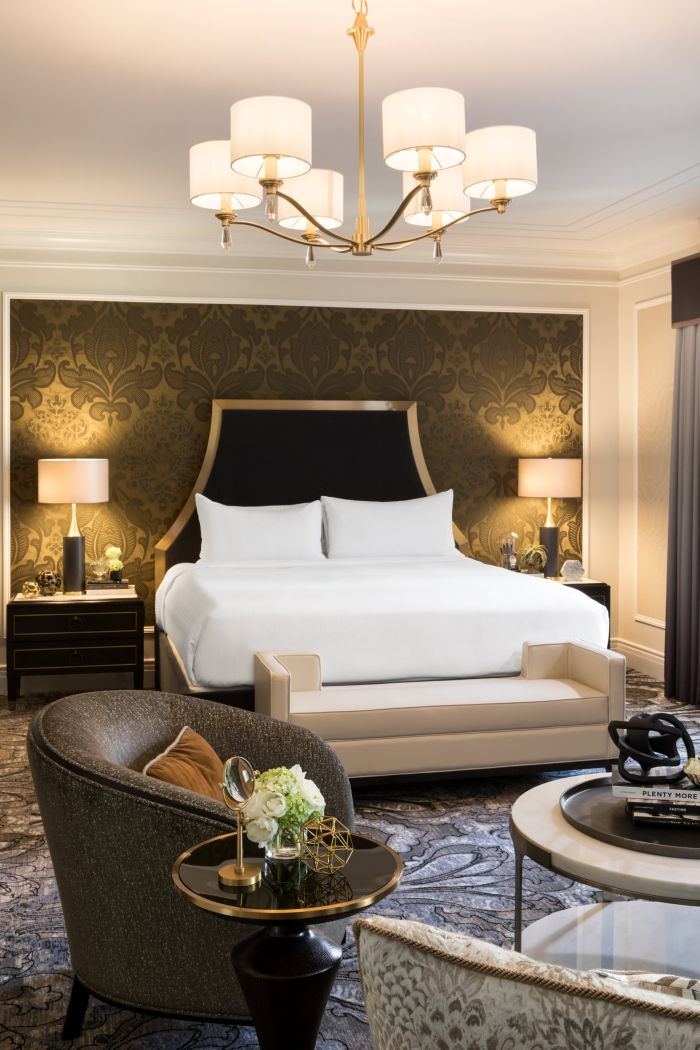 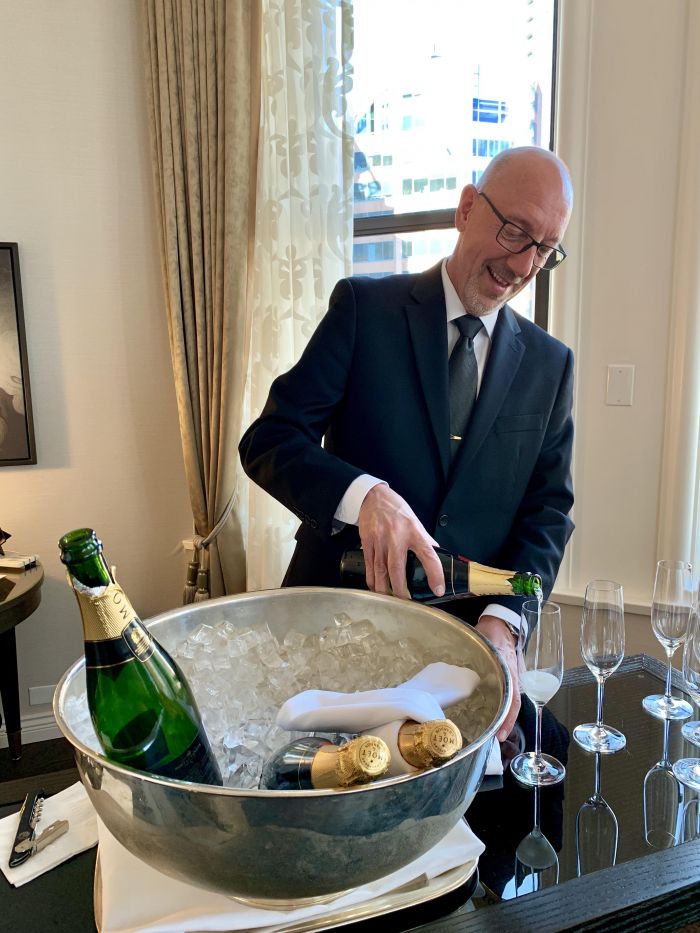 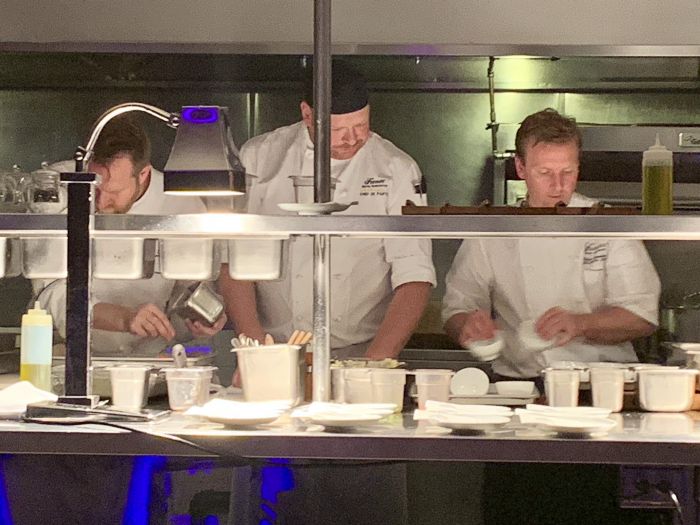