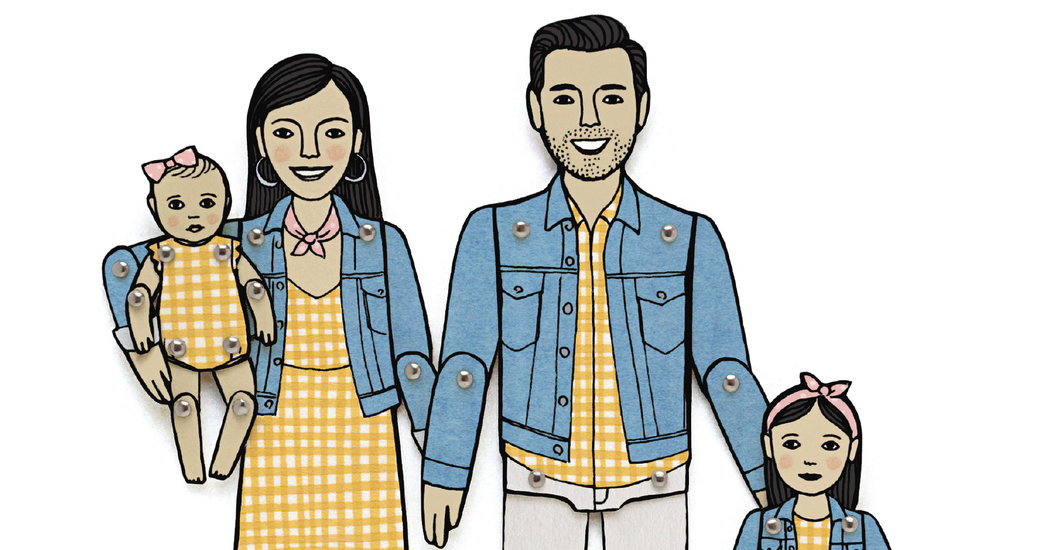 And you thought Mini-Me was only the character played by the dearly departed actor Verne Troyer in the Austin Powers movies of the late 1990s.

One doesn’t need to dig very deep online to find out that it’s a term du jour on social media, clothing websites and blogs. Parents, particularly mothers, are using it to refer to their children, particularly their daughters.

There are Mini-Me T-shirt sets sold on Amazon, Mom and Mini events, and the hashtag #myminime has been used at least 1.5 million times on Instagram. (The slightly less possessive #minime clocks in at over seven million.)

On Gucci’s website, the Girls and Boys sections contain garments categorized as Mini Me because they correspond with adult versions, like a red crochet cardigan for $ 645 or a pair of embroidered Bermuda shorts for $ 515 (that’s right — nothing “mini” about the prices).

At first blush, “my Mini-Me” may sound fairly innocuous, even a term of endearment, as some parents refer to their children as “shorty” or “little one” (sometimes abbreviated online to LO), conveying pride in genetic and sartorial similarities. Really, what’s so wrong with telling one’s child that he or she is small, cute and resembles you?

Maybe more than its users think. “The obvious critique in this dynamic is that girls do not have the agency to say, ‘I don’t want to look like my mother,’ and it could hamper their sense of self and independence, as sweet as the comment may be intended to be,” said Natalia Mehlman Petrzela, an associate professor and historian of contemporary American culture at the New School in Manhattan.

But many cultures use diminutive nicknames that reflect social and familial relationships. There is even a formal academic term for this practice: “hypocorism,” the phenomenon of attaching diminutive forms to names to signify that the person is near the bottom of the hierarchy and as a sign of affection, said Adam Alter, an associate professor of marketing at the New York University Stern School of Business, who has written about names.

“In Italian, the suffixes -ino/-ina or -ello/-ella can be added to almost any name to produce a diminutive,” Dr. Alter wrote in an email. “Dutch has the diminutive suffix -tje, and in Mandarin, for example, the same name is repeated to form a diminutive (like, say, Jo vs. JoJo).”

Whatever permutation the diminutive takes, Dr. Alter said, names matter. “Assigning someone a name that means small will subtly or heavy-handedly convey that the person, at least metaphorically and in certain respects, is small,” he said.

And on the internet, it will potentially convey that to thousands of people. “The term ‘my mini-me’ itself is not the only issue, it’s also the enactment of it on social media which can make it seem like your child is ‘a fashion accessory,’ Dr. Mehlman Petrzela said.

Of course, this may be exactly how the fashion industry wants women to view their children. Dolce & Gabbana and Moda Operandi have entered the Mommy and Me business (“The only thing more fun than dressing yourself? Dressing your little one,” according to Moda.) The contemporary line Milly is perhaps most on-the-nose with its Milly Minis).

There is something rather retro about real-life style appendages, but they also represent an exciting future market for proliferating luxury labels. In 2018, global children’s wear was an approximately $ 170 billion industry, according to Euromonitor International, a market research provider; by 2023, it will have grown by 20 percent.

So why not click over to Neiman Marcus and load a $ 225 pair of Sophia Webster butterfly flats for your mini-me into your cart to coordinate with your adult version of the shoe, a $ 795 satin butterfly sandal?

“I don’t think most mothers outside of the Instagram-influencer world want an exact replica of themselves,” said Linda McLean, the founder of Smudgetikka, a children’s fashion blog. “I’ve always thought a complete mini-me is a bit odd, but you don’t see it much outside of a catwalk.”

For others, however, the pull of the mini is mighty.

Nasiba Adilova, a founder of the Tot, an e-commerce site in Dallas, which has an entire family matching section, said that she understands the concerns and criticism surrounding the implications and performance of the mini-me concept. But she would still want to wear matching or coordinating outfits with her daughter, Bella, who was born in February.

“I know it’s super-cheesy,” Ms. Adilova said, “but for me, it’s, ‘Look at how cute it is for this particular moment in time before they can dress themselves.’”