I was mainlining pretzels in my office kitchen as I waited for Julie to arrive. Whenever she was late, I would think the worst. Should I check on her between sessions or let her call if she needed me because I knew she had trouble asking for help? Should therapists’ boundaries be different — looser — with terminally ill patients?

Then again, the week before, I’d done something therapists aren’t supposed to do. I told her that I loved her.

Julie, whose real name I am not using to protect patient privacy, discovered her cancer on her honeymoon. A spot on her breast felt tender, and she thought she might be pregnant. She and her husband, both in their 30s, wanted to start a family as soon as they got married. When they returned home, she learned that the tender spot was cancer.

That’s when Julie landed in my office.

Her physician referred me, which was unusual, given that I didn’t specialize in work with cancer patients and I was only about two years into my practice. But that was exactly why Julie wanted to see me. She had told her physician that she didn’t want a therapist from “the cancer team.” She wanted to feel normal, to be part of the living.

And since her doctors were confident she would be fine, she wanted to focus on getting through the treatment while being newly married. (What should she say in her wedding thank-you notes? Thanks so much for the lovely bowl … I keep it by my bed to vomit in?)

Given the situation, we dived right in; there were none of the usual preliminaries. We discussed wigs versus scarves, post-mastectomy body image, marriage and her desire to become a mother. We weren’t even thinking about death then.

By year’s end Julie seemed healthy, just as her doctors expected. Our work was done. Of course, I was thrilled for her, but I knew I would miss seeing her. A little-discussed fact about therapy is that it involves forming deep attachments to people and then saying goodbye, often forever.

I looked forward to our weekly sessions because Julie was, refreshingly, so unlike me: an easygoing extrovert to my more cautious introvert, a realist but not an overthinker. We did share a sense of humor, though.

Once, after I had distractedly put on my gray pajama top that said “Namast’ay in Bed” instead of the gray sweater I’d laid out for work that morning, I was mortified while seeing other patients. Julie and I laughed and laughed about it.

I was surprised when, six months later, I heard Julie’s voice in my messages. The cancer was back, and this time it was going to kill her. It might take a year or five or, if things went very well, 10.

“Will you stay with me until I die?” Julie asked as she sat on my couch the next morning, her eyes red, her face puffy. Though my instinct was to do what people tend to do when somebody they care about brings up death, which is to deny it completely, I had to remember that I was there to help Julie, not to comfort myself.

Still, I wasn’t sure I was the best person for this. I had absolutely no experience accompanying a young newlywed to her death. What if I said or did the wrong thing? What if I couldn’t handle my own sadness? What if I let her down?

She must have sensed my hesitation.

“Please,” she said. “I can’t go to those cancer people. They call everyone ‘brave,’ but I’m terrified and besides, what choice do we have?” She leaned forward on the couch. “They have affirmations on their walls. So, please?”

I knew that approach would be all wrong for Julie. So right then, I promised to be there until the end.

We started with Julie’s bucket list: How, she wondered, should she spend her time? She told me that she’d begun to notice how often in casual conversation people talked about the future. “This summer, I’m going to lose weight.” “In three years, I’ll get that promotion.” “I’m saving to buy a house.”

It was hard for Julie to plan a future not knowing how much time there was. But planning, we learned, was illusory, and not just for Julie. After all, Julie wasn’t the only one who was dying. Life has a 100 percent mortality rate, and most of us have no idea how or when we will die.

Here’s what I quickly got used to: the startling juxtaposition of great joy and great despair; yelling expletives together in my office at the delivery of bad news; the roller coaster of what we came to call the “just kiddings” — tumors disappearing and then coming back with a vengeance; and writing her obituary together when Julie, uber-organized, wanted to have what she called her final paper “turned in early.”

Near the end, our sessions consisted of more and more silence, not because we were avoiding saying something anymore, but because this is how we faced each other most honestly as her energy waned. Our silences were rich, our emotions swirling in the air.

One day, between the silences, Julie said she was thinking about time travel. She had heard a radio show about it and shared a quote she loved, a description of the past as “a vast encyclopedia of calamities you can still fix.”

A few minutes later, she fell asleep in session for the first time. When she woke up, she felt embarrassed and made a joke about how I must have been time-traveling while she was sleeping, wishing I were someplace else.

I told her I wasn’t. I had heard the same radio show and was thinking about an observation made at the end: that we’re all time-traveling into the future and at exactly the same rate, 60 minutes per hour.

Another time, Julie broke our silence to tell me that her husband thought she was being a deathzilla — going crazy with the death-party planning, the way some brides become bridezillas with their weddings. She’d even hired a party planner to help carry out her vision, and her husband, despite his initial discomfort, was now fully onboard.

When I asked what she wanted that day to be like, she grinned. “Well, I’d rather not be dead that day,” she said. Then she said she liked the idea of a “celebration of life,” which the party planner told her was all the rage, but didn’t like the message that came with it.

“It’s a funeral, for God’s sake,” Julie said. “All these people in my cancer group say, ‘I want people to celebrate! I don’t want people to be sad.’ And I’m like, ‘Why not? You died!’”

“I would never say this if I weren’t dying,” she added quietly, suddenly shy for the first time since I had met her, “but I include you in those I love.”

Though I had come to love many patients over the years, I had never used those words with any of them. There are many ways to convey to patients how deeply we have come to care about them without getting into dicey territory. But Julie had said she loved me, and I wasn’t going to stand on professional ceremony and reply with a watered-down response.

“I love you too, Julie,” I said to her that day. She smiled, then closed her eyes and dozed off again.

THE DAY OF ALL THE PRETZELS at work was three years after I had started seeing her. When my light went on, indicating Julie had arrived, I breathed a sigh of relief: She was alive. But that would be our last session in my office. Julie wanted to die at home, and for our last few sessions, that’s where I saw her.

We didn’t have a profound “grand finale,” as she had been calling our final session. Her last words to me were about steak, though she could no longer eat. “God, what I would give for a steak,” she said, her voice weak and barely audible. “They better have steak wherever I’m going.”

“Will you think about me?” Julie used to ask me before she went in for her various surgeries, and I always told her I would.

Later, though, when it became clear that Julie would die, that question took on another meaning: Will a part of me remain alive in you?

At the most random of times, I still hear Julie’s question: Will you think about me?

I remember her most in the silences.

Lori Gottlieb is the author of “Maybe You Should Talk to Someone: A Therapist, Her Therapist, and Our Lives Revealed,” from which this essay is adapted.

Rites of Passage is a weekly-ish column from Styles and The Times Gender Initiative. To read past essays and for information on how to submit one, check out this page.

Related reading
Opinion | Lori Gottlieb
How Much Should You Know About Your Therapist’s Life? 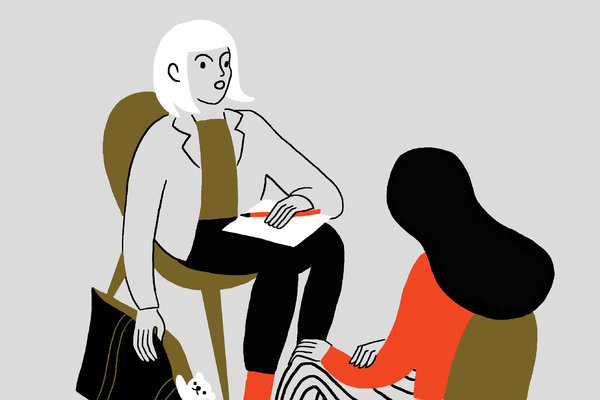 What Your Therapist Is Thinking About in That Therapy Session 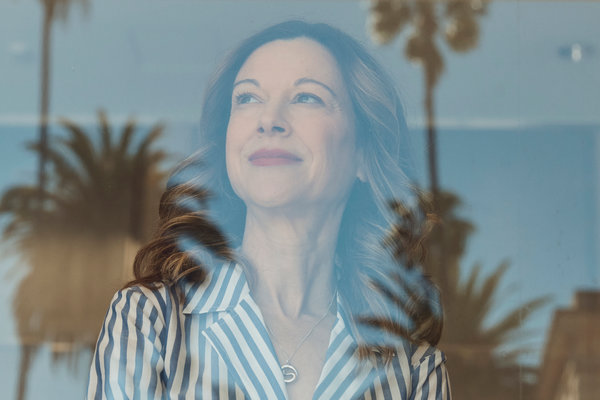