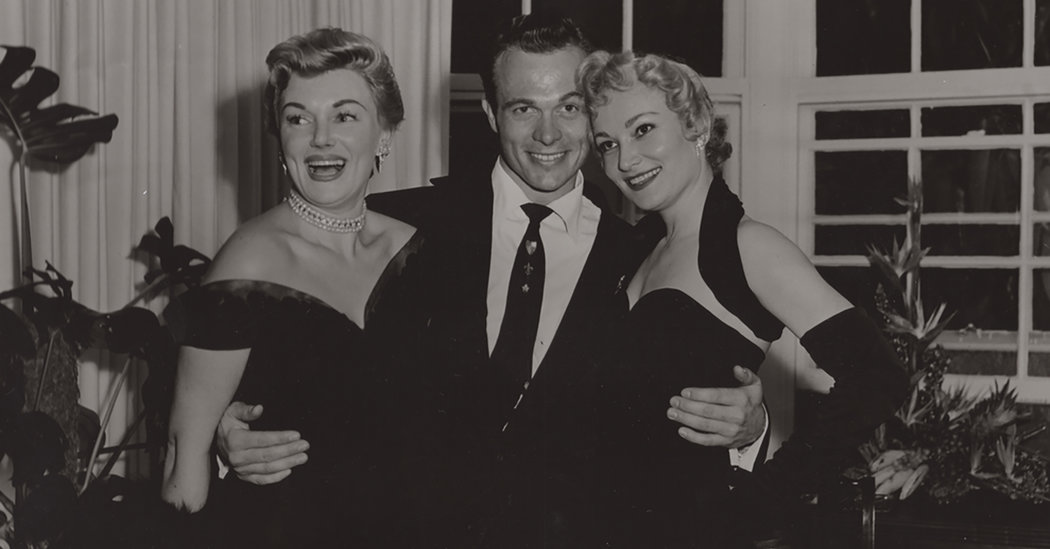 Scotty Bowers, who challenged the genteel image of studio-system Hollywood with a startling 2012 book in which he claimed to have arranged sexual liaisons for a long list of gay and bisexual stars and other show business figures, died on Oct. 13 at his home in Los Angeles. He was 96.

Matt Tyrnauer, a documentarian whose 2017 film, “Scotty and the Secret History of Hollywood,” tells his story, said the cause was renal failure.

Mr. Bowers’s raunchy best seller, “Full Service: My Adventures in Hollywood and the Secret Sex Lives of the Stars,” written with Lionel Friedberg, left out few details as it told of his metamorphosis from gas-station employee to hookup-provider and sex partner to the rich and famous.

Men he knew from his military service during World War II began socializing at the gas station where he worked, and he paired those who were willing with the Hollywood people who found their way to him by word of mouth. Although he described catering to all sorts of sexual combinations, he said he had often surreptitiously provided willing men to male Hollywood figures and willing women to female ones in an era when being gay could ruin a career.

He wrote of funneling women to Katharine Hepburn, of having a sexual encounter himself with Spencer Tracy, of arranging same-sex partners for the duke and duchess of Windsor.

The A-listers he wrote about were dead, and critics faulted him for telling tales about people who couldn’t verify them or respond. Others, though, argued that the book helped shatter oppressive, exclusionary Hollywood myths.

“Scotty Bowers was the last living link to a world that has almost completely vanished,” said Mr. Tyrnauer, who added that he had crosschecked the Bower stories used in his film for accuracy. “He was the gentleman fixer for generations of people in Hollywood who were forced by the morals clauses in studio contracts to live double lives, and to hide their true identities in order to conform to what Gore Vidal, a close friend of Scotty’s, called ‘the heterosexual dictatorship.’”

George Albert Bowers, who took the nickname “Scotty” later in life, was born on July 1, 1923, in Ottawa, Ill. His father, Glen, was a farmer who, after the Depression drove him out of business, became a prison guard; his mother, Edna (Ostrander) Bowers, was a homemaker.

In 1942, still a teenager, Mr. Bowers joined the Marine Corps and saw combat in the Pacific. His older brother, Donald, was also a Marine and was killed in the battle of Iwo Jima in 1945.

When the war ended later that year, Mr. Bowers did not return to his quiet life in Illinois.

“Many guys, when they got out of the service, they went back home again, to the little town, to the farm,” he said in the documentary. “I upgraded myself and went to Hollywood.”

His first brush with celebrity sex, he wrote in his book, was in 1946, when he was filling in for a buddy who worked at a gas station on Wilshire Boulevard in Los Angeles. A man in a shiny Lincoln pulled in, and as Mr. Bowers was filling the tank the man asked him if he wanted to go for a swim at his home. It was the actor Walter Pidgeon, Mr. Bowers wrote, and he accepted the invitation, which turned out to involve more than swimming. Pidgeon gave him $ 20, he said.

Mr. Bowers had his own service-station job, at a place on Hollywood Boulevard, and that is where his sexual referral business blossomed. He said he would take money when he himself was providing sex, but not for making connections.

“My operation — if you want to call it that — was not a prostitution ring,” he wrote. “I was simply providing a service to those who wanted it and, as recorded history has shown, throughout the ages there has always been a need for good, old-fashioned, high-quality sex.”

Hollywood studios, especially in the 1950s, were desperately afraid to project anything other than a heterosexual, middle-America-friendly image, which led to things like sham marriages — Rock Hudson, the quintessential leading man, who was well-known for his homosexuality (he died of AIDS in 1985), had one. As the director Stockton Briggle put it in an interview with ABC News in 1999: “Homosexuality was against the law, and they could walk right into your house, right into your very bedroom and arrest you for it. So there was great fear of that hanging over all of the people, I think, in those days who were gay, living in Hollywood and working in Hollywood.”

Mr. Bowers left the gas station in 1950 and then worked as a bartender and a handyman but continued in his unofficial job, he said, until the AIDS crisis injected fear into the casual-sex scene in the early 1980s.

“It was obvious that my days of arranging tricks for others were over,” he wrote. “It was too unsafe a game to play anymore.”

Mr. Bowers, who slept with both men and women but said he preferred women, had what he described as a common-law marriage to Bette Keller Bowers after the war; Mr. Tyrnauer said she died about 2011. Their daughter, Donna, who was named after Mr. Bowers’s brother, died in 1968 after a botched abortion, Mr. Bowers said in the documentary.

In 1983 Mr. Bowers married Lois Broad, a speech therapist and amateur singer. She died last year. He is survived by a sister, Phyllis Bowers Charlier.

When Mr. Bowers’s book was published, some critics wondered whether it was entirely credible and faulted it for being more salacious than revelatory.

“Not many of the names outed in this book have not been outed before,” the film critic David Thomson wrote in The Observer of London, “and now that they are all dead it is hard for the ordinary stargazer to know what to believe or trust. The true secret lives of the stars were the imagined existences we gave to them.”

In a scene in the documentary, a man at a book signing challenged Mr. Bowers about spilling the secrets of the stars. He responded by noting that the sexual activities of many of them were well known in show-business circles.

“A lot of people at the time knew who these people were and what they were, so it’s not a secret, really,” he told the man. “It may be a secret to some square that lives in Illinois, but people who lived in Hollywood, they knew these people.”

To Mr. Tyrnauer, breaking through the false facade the movie industry built around itself was important.

“His story comprises an alternate history of Hollywood in the postwar period,” he said by email, “correcting the decades of ‘straight-washing’ of famous people’s manufactured images. Scotty’s personal history is an important corrective to a falsified historical record, forged in a more repressive era.”

“That he lived so long,” he added, “and was willing and able to share his memories and insights of that period (after assiduously keeping them secret for so long) is something I think the world — and Hollywood itself — will long thank him for.”