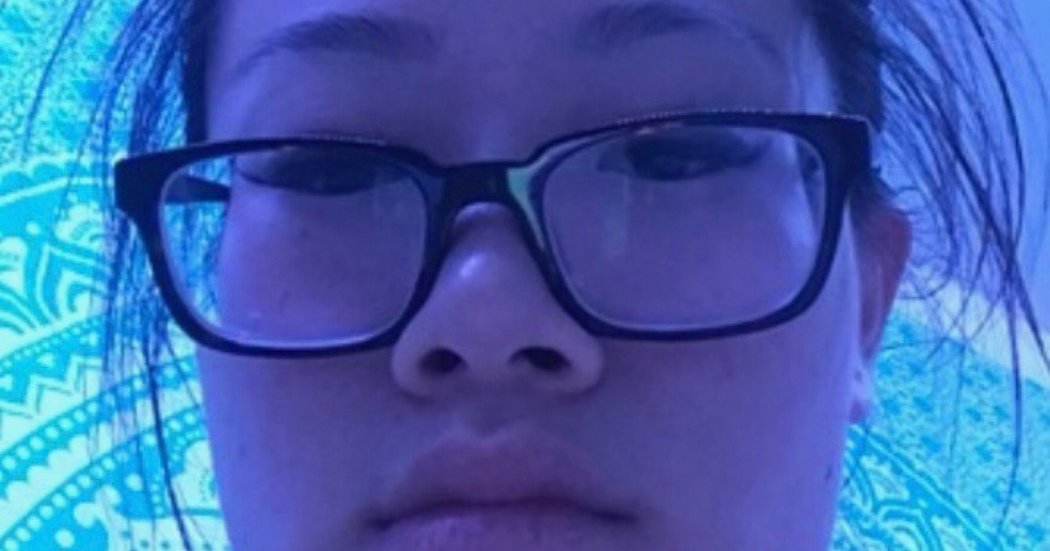 Last week, a new name broke into Apple’s most-downloaded social networking apps. Among the usual suspects of Instagram, Facebook and TikTok appeared an app called Stepchickens, with a cryptic blue selfie as its logo.

The image has become nearly ubiquitous on TikTok, as tens of thousands of users have changed their avatars to show their loyalty to its subject: Melissa Ong, the 27-year-old “mother hen” of the platform’s largest and most powerful “cult,” the Step Chickens.

Cults on TikTok aren’t the ideological ones most people are familiar with. Instead, they are open fandoms revolving around a single creator. Much like the “stans” of pop figures and franchises, members of TikTok cults stream songs, buy merch, create news update accounts and fervently defend their leaders in the comment sections of posts. The biggest difference is that TikTok’s cult leaders are not independently famous. They’re upstart creators building a fan base on social media.

Ms. Ong represents a relatively new kind of influencer, one who has seized a time of great isolation and idleness to capture the interest of a rapt user base.

“I made this video where I was speaking into my phone camera like, ‘Hey guys I think we should start a religion,’” she said in a phone interview on Friday. “Then, I was like, ‘Let’s start a cult.’”

TikTok users have been forming cults (of personality) and armies (the nonviolent kind) for months now, borrowing tactics from comment raid groups on other platforms. The Dum Dum gang, for instance, gained a following last year by taking over the comment sections of public figures like Barack Obama and Mark Zuckerberg.

In January, thousands of teenagers on TikTok created a Lego Star Wars army. In April, users took sides in a purple vs. green alien “gang war.” And on May 8, the Step Chickens were born.

The name comes from a video series Ms. Ong shared on TikTok called “CornHub,” in which she parodies pornographic tropes including one where a stepbrother seduces a stepsister. Ms. Ong reenacted the plot wearing a chicken suit; the video racked up 1.1 million views.

As Ms. Ong began amassing followers, she implored them to change their profile pictures to her blue selfie. Their first mission was to raid the comments of Phil Swift, the creator of the widely memed home-repair product Flex Tape. Hundreds of her fans began commenting on Mr. Swift’s videos; within 48 hours, he changed his avatar to Ms. Ong’s face.

Within two weeks, Ms. Ong gained more than a million new followers. The Houston Rockets, the Tampa Bay Rays, the Kansas City Chiefs and media organizations including The Washington Post and Adweek all changed their profile photos to Ms. Ong’s face. So did Kelly Rizzo, a food and travel influencer who is also Bob Saget’s wife. Step Chickens was added to Famous Birthdays, a milestone in any influencer’s career.

In the weeks since, Ms. Ong has continued to cultivate her fandom. She wrote and recorded a Step Chickens song, which is now on Spotify and Apple Music. She started a merch shop, selling T-shirts, phone cases, face masks and psychedelic yoga pants. She began negotiating brand deals and planning her monetization strategy. Now she is thinking about mobilizing her base to diversify the distribution of her content.

“The next step forward is taking over YouTube as our main project and Instagram as our side project,” Ms. Ong said.

‘People Want to Be a Part of Something’

Before Ms. Ong became a full-time content creator, she worked at Google and Yahoo, where she befriended Sam Mueller, a technologist. Mr. Mueller left Yahoo to start Blink Labs, a tech company that recently built a social networking app called Blink (“if TikTok and Discord had a love child,” he said).

Ms. Ong’s cult had asked her to create a dedicated space for them to meet, such as a Step Chickens Discord server. But Mr. Mueller had another idea: What if he rebranded Blink around Step Chickens to capitalize on Ms. Ong’s popularity and give her fans a place to connect? “I was like, that would be hilarious if my TikTok cult had its own app,” Ms. Ong said.

“I envisioned Melissa’s profile photo on millions of devices next to the social media giants,” Mr. Mueller said. “We changed the Blink branding, and put her profile picture as the app icon. She announced it on TikTok and people went insane for it.”

Since the app rebranded as Stepchickens, it has been downloaded more than a hundred thousand times. The company’s four-person team has struggled to keep up. “We’ve been scrambling to keep the servers stable and accept all the users registering. It continues to grow,” Mr. Mueller said.

“I really believe Melissa has tapped into the zeitgeist of bored teens in quarantine and given them a purpose,” he said. “As strange as it sounds, that’s what’s going on. It keeps getting bigger and bigger because it captures the moment.”

Other cults have formed with the aim of taking down the Step Chickens, or at least being recognized by them. Adrian Ortiz, a user with 1.5 million followers, created a cult called the Weenies and challenged the Step Chickens to a battle on YouTube. Other cults include the Murder Hornets, the Griswolds, the Babbages, Duck Sanctuary, the Flamingos, the Cardi Army (as in “cardigan”), the Beardians, Gary Vee’s Fam and a cult called Jeff, which recently pledged its allegiance to the Step Chickens.

“At least 50 big TikTokkers have started cults by now,” Ms. Ong said. “They want me to officially announce them in the cult war. I did it for the first few, but I stopped because too many people were asking me.”

Ms. Ong’s fans said that joining Step Chickens has helped them feel less isolated in the midst of widespread stay-at-home orders. “I think a lot of people want to be a part of something,” said Sam Schmir, 20.

“With the pandemic, social media is very political and controversial,” Jiayang Li, 22, said. “It’s nice to have a break from everything going on. It’s a break from it all and a fun way to interact with other people and have fun while everyone is quarantining.”

The rise of these cults is a sharp contrast to the dance star culture that TikTok is best known for. The cults lift up unlikely influencers and allow members to feel complicit in their rise.

“I think that in this social media generation most youths struggle with low self-esteem. They see these seemingly perfect creators, carbon-copy after carbon-copy,” said Danny Nguyen, 16, one of Ms. Ong’s followers. “The Step Chickens, to me, is the antithesis of that. Our community is based on embracing our individuality and quirks that make us truly unique and stand out.”

Fans find Ms. Ong relatable and say that her success feels like their own success. “Melissa, as our leader, is not afraid to show people that she is not perfect, and as followers that look up to her, we do not feel like we have to be. We are us, we are ourselves, we are the Step Chickens and we are special,” Danny said.

This type of bond is incredibly powerful. As the venture capitalist Josh Constine recently wrote: “Influencers don’t just want fans. They want a cult. They want loyalists willing to do as they command, withstanding the friction of leaving their favorite feed to take actions that benefit their glorious overlords.”

You no longer need “1,000 true fans,” as conventional wisdom dictated a decade ago. “Today, creators can effectively make more money off fewer fans,” wrote Li Jin, a former partner at the venture capital firm Andreessen Horowitz, in a blog post. If you’re able to cultivate a cult of just 100 loyal followers, you can make a very good living in what Ms. Jin describes as the “passion economy.”

To date, Ms. Ong has amassed more than 1.8 million followers. She recently signed with a management company and wants to use her fan base to start making content on new platforms. Her ultimate goal is to have her own comedy show on HBO or Netflix, similar to Nathan Fielder’s “Nathan for You,” where she can build out the persona she has spent a decade cultivating.

“Before TikTok I would spend all my free time looking at memes on Reddit or Instagram,” Ms. Ong said. “It wasn’t like this came from nothing. It came from spending 10 years of my life in the deepest corners of Reddit, cultivating this personality.”