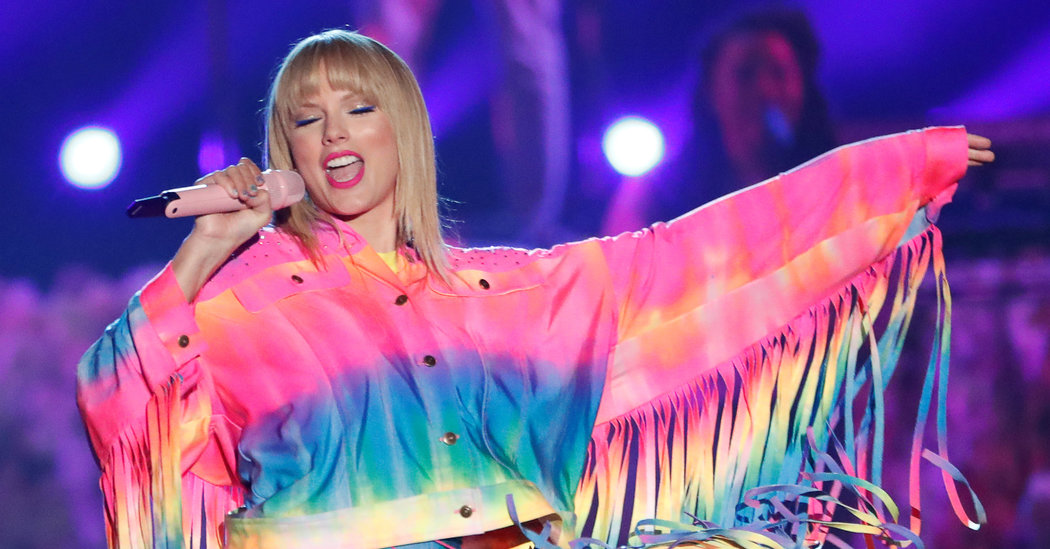 That number appears to be dropping.

It all started on Sunday morning, when Mr. Braun’s company, Ithaca Holdings, announced that it had acquired the Big Machine Label Group, which Ms. Swift left in 2018 and with which she released her first six albums, for $ 300 million, according to The Wall Street Journal. In so doing, Mr. Braun became the owner of the masters to Ms. Swift’s catalog — everything leading up to the singles from her forthcoming album, “Lover.”

Ms. Swift responded to the news on Tumblr, where she has in recent years cultivated a supportive following of Swifties. “This is my worst case scenario,” she wrote of the Big Machine sale. “This is what happens when you sign a deal at fifteen to someone for whom the term ‘loyalty’ is clearly just a contractual concept. And when that man says ‘Music has value’, he means its value is beholden to men who had no part in creating it.”

[Read more on the label’s sale and what it means for Taylor Swift.]

By Sunday evening, the hashtag #WeStandWithTaylor was trending on Twitter, and fans showed their solidarity by unfollowing Mr. Braun on Instagram. Ms. Grande posted an Instagram Story congratulating Mr. Braun on the deal, then deleted it, which some have read as covert support for Ms. Swift.

LaQuishe “Q” Wright, a celebrity social media strategist, said that a follow or unfollow can allow a public figure to “create a line in the sand, uncouple from a friend or spouse, or announce a rift or a split, instead of providing a formal press release.”

As some used unfollows to show solidarity for Ms. Swift, others posted in support of Mr. Braun, including Mr. Bieber and Ms. Lovato. “I have dealt with bad people in the industry and Scooter is not one of them,” she wrote in an Instagram Story, citing “loyalty” as one of her core values.

Loyalty is often at the heart of these feuds. In May, two beauty bloggers engaged in an online dispute that led to one of them losing some three million subscribers on YouTube. And when “Keeping Up With the Kardashians” addressed the Jordyn Woods scandal (which came with its own follower drama), some of the sisters discussed Ms. Woods’s “loyalty” to their family.

Some boldface names have stayed out of the follow-tracking fray by following only a select few. Julia Roberts follows a conservative 31 accounts. Selena Gomez follows 61, and Ms. Swift is one of them; Ms. Lovato isn’t. Ms. Swift doesn’t follow anyone, and the same goes for Beyoncé.

These relationships are so closely tracked that Andy Cohen, the Bravo producer, felt the need to go on the record to clarify that he does not follow any of the “Housewives” on Instagram after someone noticed that NeNe Leakes, of “The Real Housewives of Atlanta,” wasn’t following her boss or her castmates. Ms. Leakes corroborated Mr. Cohen’s statement, stating that she doesn’t follow him on Instagram because he doesn’t follow her. An eye for an eye, a follow for a follow.

This behavior goes beyond the celebrity gossip world and can be observed across social networks. The Twitter account Trump Alert tracks every follow, unfollow and like that comes from the first family on the platform. In October 2018, the account reported that President Trump unfollowed his former lawyer Michael Cohen on Twitter, indicating that their relationship would continue to deteriorate. After Ann Coulter had some critical words about progress on the border wall, she was cut from the list, too.

Whether you’re the leader of the free world or a reality TV star (or both), it appears no one is above the power of this simple and subtle move. You don’t feel like texting your publicist to announce your split? Unfollow your ex! Want to get ahead of a story about your disloyal sibling? Simply unfollow, then post an inspirational message. When your entire life is scrutinized, sometimes it’s easiest to settle a score without a single word.