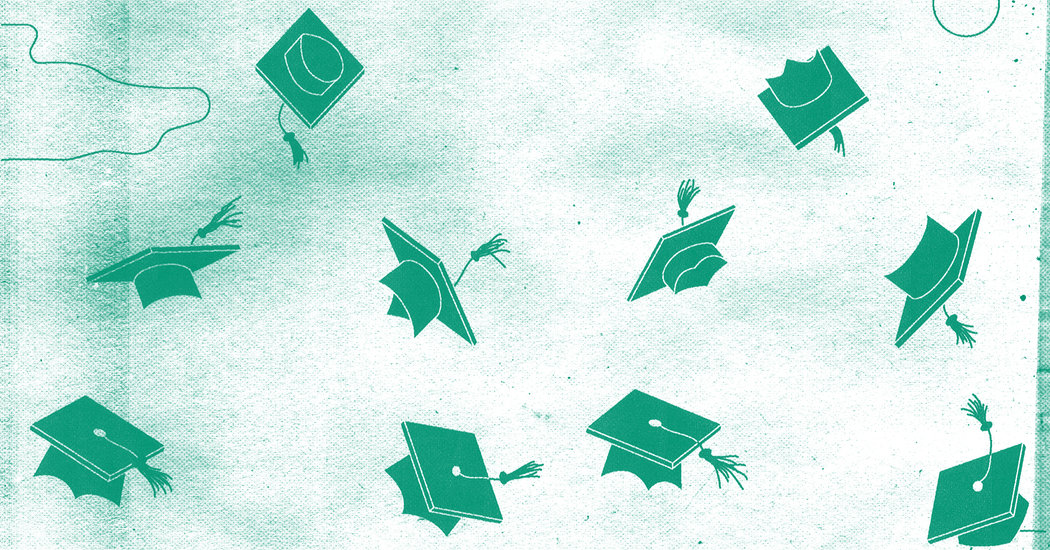 Near the end of a cold run along the worn, red bricks of my alma mater, I turned to my friend. “Life here,” I said, with more than a hint of sadness, “just kind of moves on.”

This was three months ago, nearly four years after I had graduated from the University of North Carolina at Chapel Hill, and the symbolism was not lost on me. By Mother’s Day, I knew, an entire class of students who began college after I had graduated would have ambled across the stage, shaken hands with their department heads, and Instagrammed a graduation picture with their mothers.

That’s what happened this weekend in Chapel Hill, and the scene will likely look similar on college campuses across the country this month, as thousands of seniors reluctantly move out of their apartments and say goodbye to friends to pursue whatever is next for them. If they are anything like I was, they will feel some strange mixture of sadness and pride and anticipation, not knowing whether they should laugh or cry or celebrate.

Most will be leaving for jobs or more school or some well-deserved time off after four years of hectic schedules and eating cereal for dinner several nights a week — all the while encountering the pressure to “figure it out,” as if life were a puzzle that needed to be solved as quickly as possible.

Their family members — the same people who mere months earlier had told them to enjoy college, not rush through their lives — will ask them when they’ll land a job, find a spouse, start a family, begin saving for retirement. It’s as if as soon as you step offstage with your diploma, you become an adult faced with adult expectations, even though you don’t feel any different and you’re just trying to figure out how to fit your mattress into your car for the drive home.

And maybe, four years later, they’ll come back and realize that the rush of college carries on without them. That’s what happened to me.

In February, I traveled across the state with my fiancée to visit a college friend and watch a basketball game at UNC, and throughout the weekend I felt, for the first time, that I no longer belonged there.

It was a sad, sudden realization, this feeling of smallness, of insignificance. I never would have thought it possible as a student, when everything felt so big and important — economics exams, philosophy papers, work-study jobs, running into friends during the 15-minute transition between classes.

But those 48 hours in Chapel Hill taught me that, at 25, I was old and easily replaceable, that no matter how big I felt when I was there, I was painfully small held up to the enduring institutions of college. Some things had changed, of course — new restaurants replaced old ones, stadiums and facilities were renovated, a Target sprang up downtown — but the familiar hum of campus remained. Students still flocked to the same bars (where they were served by the same bartenders), studied in the same libraries, stocked up on cookies in the same dining halls, and walked the same bricks that my classmates and I had four years earlier, not to mention the hundreds of thousands of students who came before us.

As I walked those bricks throughout that gray February weekend with my eternally patient fiancée — who tolerated nostalgic musings like, “That’s where we ate lunch every Monday” and “That’s the library where people pretended to study” — I couldn’t help but think there was some nervous out-of-state freshman student fretting over some test or relationship, like I had done so often four years before. And I wanted desperately to find him to tell him that it would all turn out O.K.

When I expressed all this to my friend, he said that, on a much more significant level, it reminded him of former President Obama’s comments about the pyramids in Egypt.

“There were a lot of people during the period when these pyramids were built who thought they were really important,” Mr. Obama told Doris Kearns Goodwin in an interview published in Vanity Fair. “And there was the equivalent of cable news and television and newspapers and Twitter and people anguishing over their relative popularity or position at any given time. And now it’s all just covered in dust and sand. And all that people know [today] are the pyramids.”

As we get older, we gain valuable perspective; that’s life. But I didn’t think that in four years I would feel so removed from the place I lived and loved for an important period of my life.

This lesson crystallized right before we left Chapel Hill, when I drove my fiancée to the house where I lived with my best friends for the last two years of college. As I took out my phone to snap a picture of the house, I realized that it looked exactly the same.

This Gen X Mess The tech, music, style, books, trends, rules, films and pills that made Gen X … so so-so.

Welcome to TrumpTok, a Safe Space From Safe Spaces On TikTok, there’s always a rally, and expressing support for the president makes for good content.

One Woman’s Guide to Breaking Up Rule No. 1: Don’t ask all your friends for advice. Why? They are probably just as clueless as you are.

At Black Colleges, the Baseball Teams Increasingly Aren’t As the number of African-American baseball players continues to decline, black players are often surprised to find themselves in the minority even at historically black colleges.

How to Revisit the Ghosts of Your Past Instead of pushing them aside, confront your nagging memories and make your own happy ending.

Each week in The Edit newsletter you’ll hear from college students and recent graduates about issues going on in their lives. Sign up here to get it in your inbox.

Robbie Harms is a contributor to The Edit. He studied journalism and economics at the University of North Carolina at Chapel Hill and later graduated from the University of Florida with a master’s in education. He now works as a fifth-grade teacher.