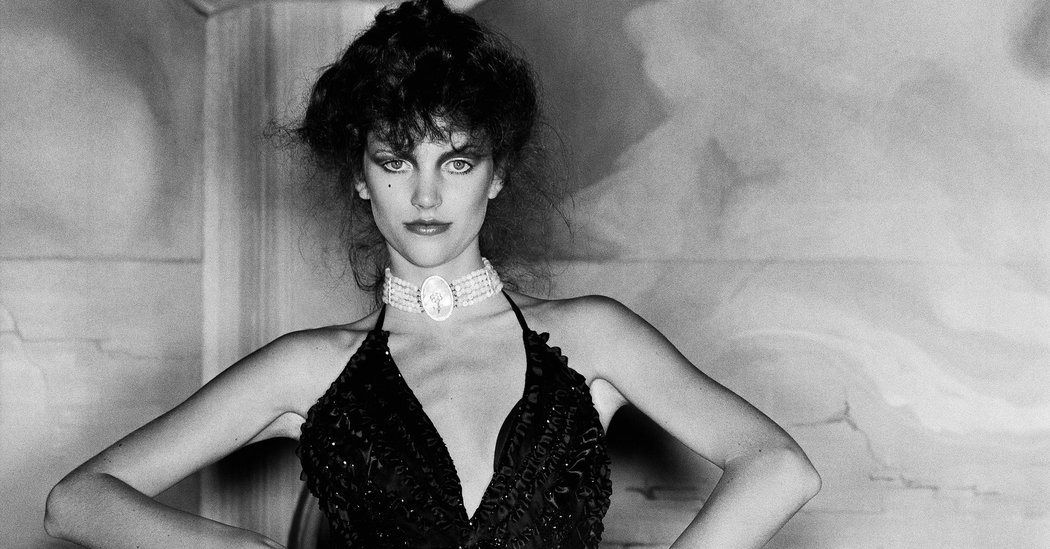 “I wanted to do an exhibition focused on the collection, but not a traditional masterworks exhibition,” he said. “Something that connects to the zeitgeist, and what people are talking about now.” Then he had an idea. And then he thought, “it’s about time.”

About time for what?

On Thursday, the museum will reveal its next big costume exhibition: “About Time: Fashion and Duration.” It is inspired in part by the novels of Virginia Woolf and the theories of the early-20th-century French philosopher Henri Bergson, whose admittedly somewhat obscure but also important musings on time posited it as a constantly mutating stream rather than a series of discrete moments.

The show, which opens on May 7, will feature 160 pieces of women’s fashion from the last 150 years, and beyond.

“Fashion is indelibly connected to time,” Mr. Bolton said. “It not only reflects and represents the spirit of the times, but it also changes and develops with the times.” And it is, like most industries, currently having an existential crisis centered on the entire question of time.

Designers complain endlessly that they have too little of it to be creative. Consumers complain that they don’t want to wait six months to buy a dress they like now.

There is an continuing tension between the desire for sustainability and a garment that lasts and the desire for planned obsolescence and a new garment that drives us back into a store. There is a sense of dislocation from always having to predict today what is going to happen tomorrow.

And that’s before you get into the broader cultural phenomenon of binge watching, when you lose all sense of time. Of everything (including all texts from all periods) being available at any moment. Of instant communication and instant feedback and indefinite existence. Of the way that, as Katherine Miller wrote in BuzzFeed recently, “The 2010s broke our sense of time.”

Now the Met is trying, if not to put it back together, to at least confront the issue.

The show is conceived to trace a traditional chronological timeline between 1870 and now, represented by a “spine” of clothes all in black, and to depart from it in all sorts of complicated, colorful, connective ways to show how garments of the past and present influence one another, kind of the way Woolf’s “Orlando” moves between centuries.

The result may be the most conceptually abstract blockbuster the Costume Institute has attempted, toggling between what Mr. Bolton calls the “objective” time of the calendar and the “subjective” time of creativity.

About 70 percent of the exhibition will come from the museum’s holdings, and 30 percent will be new gifts in honor of the 150th anniversary sourced from designers or collectors to fill holes in the collection.

Putting the show together has “really revealed the biases and prejudices of previous curators,” Mr. Bolton said. “I wanted to address minimalism in the 1990s and thought Jil Sander would be perfect — and discovered we only have two pieces of Jil Sander.”

The museum, he also said, “hasn’t got a huge amount of Galliano from his Dior days” or “many of the iconic pieces of Helmut Lang.” And it doesn’t have anything from the influential “Lumps and Bumps” collection the British designer Georgina Godley created in 1986, because “it no longer exists,” Mr. Bolton said. So Ms. Godley has agreed to recreate a piece for the show.

What the museum does have: many historic clocks, one of which will greet visitors when they arrive, loudly ticking the minutes away as they peruse the show, with excerpts from Ms. Woolf’s writing on the walls as a kind of “ghost narration.”

The show will be designed by Es Devlin, who created the sets for Beyoncé’s “Formation” tour, as well as many Royal Opera House productions. The catalog will contain a new short story written in the show’s honor by Michael Cunningham, the author of the “Mrs. Dalloway”-inspired novel “The Hours.”

It all sounds awfully … well, time-consuming. Visitors may find this concept even more elusive than that of this year’s camp show, which drew people in and frustrated them in equal measure. Mr. Bolton doesn’t mind.

“As a curator, I don’t believe in presenting exhibits that are conclusive,” he said. “I like them to be open-ended.”

He added, however, that working on the show had “made me realize more than ever that the clock and the calendar — especially the 24/7 time of digital capitalism — is one of the main contributing factors to the creative exhaustion that many designers are feeling at the moment.”

Still, at least one aspect of the show will be easy: picking an outfit for the gala on May 4.

The show will be chaired by Nicolas Ghesquière of Louis Vuitton (the brand is also underwriting the exhibition, because, you know, travel, time and so on), Emma Stone (a Vuitton ambassador), Meryl Streep (who starred in “The Hours”), Lin-Manuel Miranda (because he showed everyone that Hamilton was modern) and Anna Wintour (duh).

It will, as always, have a dress code.

Which means, presumably, that though attendees could wear a dress that celebrates Salvador Dalí’s melting clock, like the one in the photograph above, they could also legitimately wear something just … timeless.