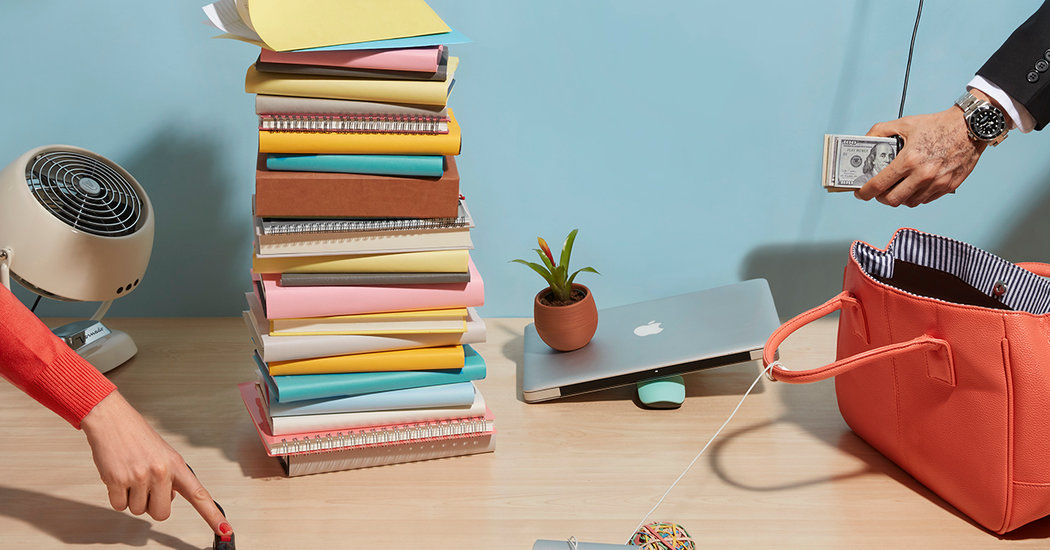 I co-founded a nonprofit last year to elevate women in the workplace. We are fortunate to have assembled a world-class advisory board, strategic partners, and initiatives to eliminate harassment and improve women’s standing through data, dialogue and training. I have been invited to speak at universities, at conferences and also to companies. Interestingly enough, many of the male leaders never offer to pay me for my time but reach out for advice. For the first year, I spent thousands of dollars and lots of time taking meetings and sharing insights because I was passionate about the mission. But now I don’t bother working with them or attending their conferences unless they’re willing to pay; it’s just another way of devaluing women’s work. I feel if you’re committed to these issues, you need to invest in them and those who have dedicated their time and labor to developing expertise. So many women who need to get their voice and platform out are willing to speak for free, and I just won’t do it anymore. What’s the balance?

So you founded an organization to combat the gender pay gap (and many other issues), and now men want you to do their work without pay? Let’s all pause here to take a deep existential sigh.

O.K., then. The entire reason organizations like yours are necessary is that the vast majority of men at the top have no tools for elevating women in their workplaces — nothing past a vague understanding that “elevating women” is important if you don’t want to be sued or become the subject of a Twitter meme. So here you come along, a woman with experience and knowledge in exactly the thing they suck at, and they still don’t think critically enough to realize that an inquiry about “picking your brain” or hosting you for an unpaid speech to their all-white, all-male board is a problem.

I am not a hard-liner on the “should I ever work for free” question. I have given plenty of talks without compensation, including when I was a broke freelancer, when I genuinely believed I would get something else out of the experience. I offer free coaching sessions to other women in the field, and spend 10 full days every summer volunteering at a journalism camp for low-income high schoolers. This is a lot of unpaid labor! The right balance for you can be discovered only with some trial and error, but you could do worse than to start from the mind-set that helping people with fewer resources and opportunities than you have is pro bono work, while helping those with more is how you pay the bills. I fail to see any reason that highly profitable companies shouldn’t pay for your labor, and I encourage you to respond to such requests, unapologetically, with your rates for consulting, speaking, etc. Make those rates clear on your organization’s website, too, so they have no excuse not to have seen them.

Some of these companies will willingly pony up, ideally feeling a little sheepish that they didn’t ask initially. Others will find someone to take your spot for free. Most likely, she will be someone with less experience and training, which means at some point in her career she’ll get fed up, too. One more idea to help her along: Add a paragraph to the site explaining directly (if slightly more diplomatically) why asking women for free consulting on the gender-diversity front is such a colossally stupid idea.

Fine Ethics but a Questionable Strategy

I recently finished a campus job that I held during my senior year of college. My boss for most of that time occasionally displayed mannerisms and behavior that disrupted the workplace and our ability to do our jobs. Over all it was fairly minor, and we just stuck it out. However, one incident crossed the line, and a handful of other workers and I organized to take our complaints about our boss’s behavior to the administration.

Throughout my time in this job, my boss displayed a fondness toward me, and I have little doubt he would provide a solid reference for me, but I don’t know if my name came up in the aftermath of the complaint to the school. Would it be ethical or advisable to list this boss under my references?

Ethical, sure. Advisable, probably not.

You don’t need a purity test for your references, but you do need complete confidence that they’ll be good representatives for you. Using this boss could hurt you in any number of ways: He could have found out you participated in the complaint and lie about you; word of his transgressions could have spread to employees at companies you’re considering and reflect poorly on you; he could display the same erratic mannerisms in a reference check, thus scaring off the hiring manager. List a colleague as your reference and, if asked about your boss, explain delicately that you had a good relationship, but that you felt uncomfortable listing him as a reference because of his inappropriate behavior. As a side benefit, you now have a great answer to the “tell me about a time you navigated conflict at work” question that hiring managers love to ask in interviews.

Bikinis and Colleagues: Should I?

Poor me, I’m heading to a conference at a fancy hotel with a swanky pool. There will be plenty of time for poolside relaxation during off hours. My question: Can I pack my bikini, or should I save the two-piece for an occasion where my boss, co-workers and industry colleagues aren’t around?

There is nothing offensive about wearing a bikini at a pool during your free time, and any bosses or industry colleagues who would imply otherwise — whether by hitting on you or chiding you for wearing a swimsuit at a swimming pool — are gross and sexist.

That said, gross and sexist industry colleagues are prevalent, and only you can decide your own tolerance for them. Just as there is nothing wrong with wearing a bikini, there is nothing wrong with deciding you cannot possibly deal with men’s reactions to said bikini. I once worked at an office with a very nice, completely free gym that I never used because I could not stomach the idea of working out in front of co-workers, though I always wished I were the type of person with few enough inhibitions to do leg presses unperturbed by the presence of the guy from the next cubicle. If you are that type, wear your bikini without a second thought and tell me your secrets. If you are a coward like me, perhaps another swanky hotel in the area offers day passes to its pool?

P.S.: That men never have to spend valuable time agonizing over these questions is yet another good reason women shouldn’t do free work for them.

Megan Greenwell is the editor in chief of Deadspin. Write to her at workfriend@nytimes.com.