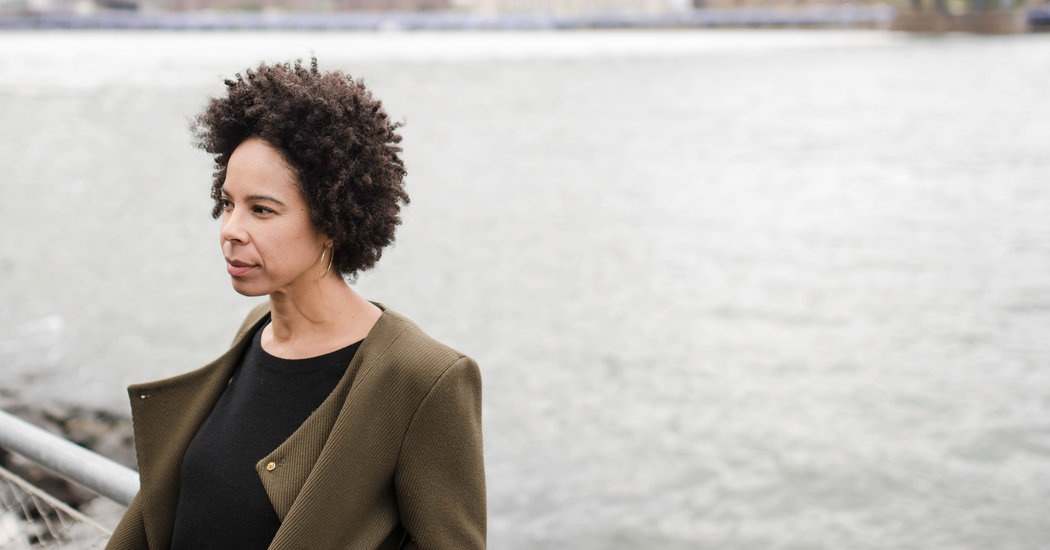 Saving the oceans is key to fighting the climate crisis, according to Ayana Elizabeth Johnson, a Brooklyn-born marine biologist and activist, who is a rising figure in the climate movement.

Ms. Johnson, 39, is the founder of Ocean Collectiv, a conservation consultancy, and of Urban Ocean Lab, a think tank, and speaks frequently at TED Talks, climate rallies and her salons at Pioneer Works in Brooklyn. Protecting the ocean is crucial for people at all economic levels, she said, not just bicoastal elites who look down their noses at plastic straws.

You have talked a lot about how the oceans are crucial in the fight against climate change. How so?

When people talk about the destruction of the Amazon, and how forests in general are the lungs of the planet, I always want to jump in and say the ocean is a huge part of that, too.

Phytoplankton — these tiny little plants in the ocean — produce a huge percentage of the oxygen we breathe, and the population of phytoplankton is declining. That should be a cause for concern for every single person.

You hear a lot of talk about plastic straws. Is that issue really a big deal or is it greenwashing?

Straws are not the biggest problem facing the ocean, but they are an opportunity to think about what else we can do to reduce our impact on the planet.

It really cracked me up the other day. I was walking down the street in Fort Greene, the neighborhood where I grew up and where I live now, and I saw this guy looking super-stylish carrying an iced coffee in a plastic to-go coffee cup with a plastic lid, and I turned to look, and he’s got a metal straw in the cup.

Part of me wanted to just hit it out of his hand and be like, “Dude, you’re totally missing the point! If you’re going to bring a straw, just bring your own cup!”

Some of those straws, I guess, can end up in the “Great Pacific Garbage Patch.” Are there any steps we can take to tackle that?

I kind of recoil at this question, to be honest, because I feel like this has been done a million times: carry your own water bottle, carry your own grocery bags. But I think there is a harder answer, which is that it does actually require some sacrifice.

Like I’ll be walking down the street and I want to get a Juice Press because I’m hungry and I didn’t bring enough snacks for the day, and I don’t. There is an element of: “Don’t buy the thing that’s in plastic.”

There’s no cute answer, right? Nothing that is disposable can be sustainable.

The United Nations says that 93 percent of commercial fish stocks are being fished at or beyond capacity. What kind of fish should we avoid eating?

Pending changes which could come at any moment, the U.S. still does a very good job of managing our fish population. So eat U.S. seafood and support your fishermen who are doing it right.

And eat lower on the food chain. Instead of tuna, eat sardines and anchovies — those little ones that are reproducing super-quickly. Because tuna is so far up the food chain, if we were eating the land equivalent of tuna, it would be like eating whatever kind of dragon eats a lion. It’s this incredible beast, and we will never be able to have sustainable tuna fishing at scale.

Is farmed seafood preferable to wild?

The sustainability of fish farming is improving, but farmed fish are still often grown in high densities, and so there’s a lot of spread of disease and pollution.

But ocean farming of shellfish — oysters, mussels and clams — and seaweed is super-sustainable, and we should all be eating more of those things because they actually just live off of nutrients in the water and sunlight.

In fact, eating shellfish like oysters can be more sustainable than being totally vegan, because it’s just such an efficient and low-carbon way to make protein. Shellfish are absorbing carbon as they’re making their shells. And seaweed is absorbing tons of CO2, because they’re plants.

Some people think ocean conservation is an elitist issue for people with beach houses. Why does it matter for people across the economic spectrum?

It’s no coincidence which communities bear the brunt of sea level rise, pollution and strengthened storms. Along the coasts, it’s poor communities and communities of color who are most at risk. It’s those who already have the fewest resources who are most in danger, not people with vacation homes and yachts. Ocean conservation is a social justice issue.

Climate change deniers like to paint conservation as a pet cause for limousine liberals.

It’s so easy to think about the typical environmentalist as this stereotype of a fit white guy stepping out of a Prius, looking out into the mountains wearing a Patagonia jacket. But I’ve looked into the polling data, and that’s completely false.

It’s young people, and it’s people of color, and it’s women who disproportionately care about environmental and climate issues, and are most supportive of stronger government policies to address them. Sixty-eight percent of people of color say they are worried about the impacts of climate change, compared to 55 percent of white people.

Do you see the green movement forging stronger ties to the social justice movement?

I mean, Black Lives Matter has a part of their platform that’s about climate and the environment, because it is a justice issue. If you think about the rates of asthma in inner-city communities that are near power plants or exposed to other types of pollution, it’s a lot higher.

And when we think about immigration, and how a lot of migration is now driven by climate change, whether it’s droughts and crop failures or the impacts of storms, that becomes a social justice issue that was triggered by the impacts on communities that did the least to emit the carbon to cause the problem.

That’s a lot of bad news to take in. What’s the biggest reason for hope?

Nature is super-resilient if we give it a chance, right? If we stop polluting the ocean, it will be less polluted. If we stop overfishing, in most cases, fish populations will recover.

This interview has been edited and condensed.